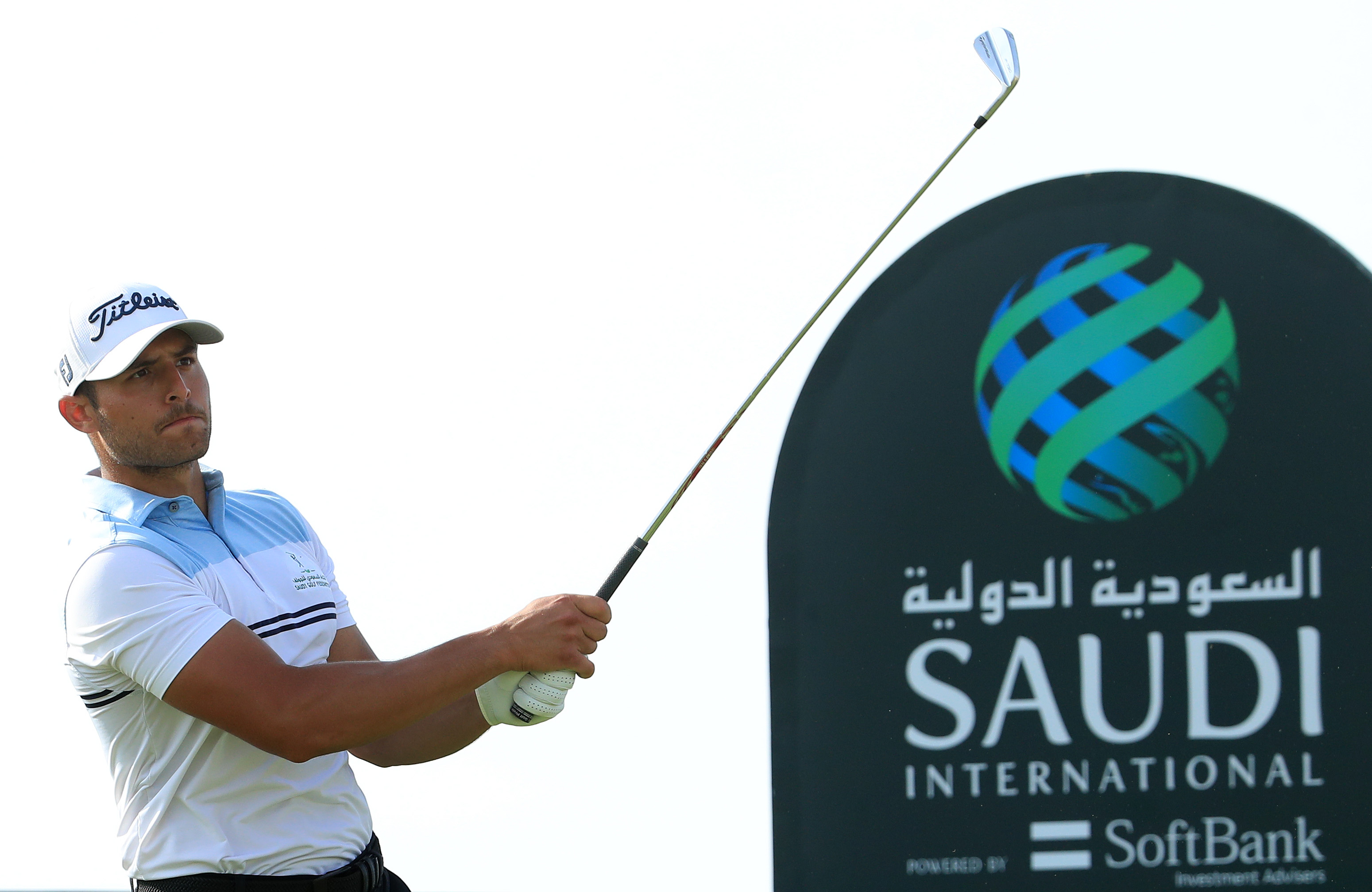 Following his triumph at the Saudi Open earlier this month and the Arab Golf Championship in Cairo yesterday, Saudi Arabia’s amateur golfer Faisal Salhab is looking forward to taking part in the 2022 Saudi International powered by Softbank Investment Advisers, in what will be his third appearance at the tournament.
Salhab earned his spot after claiming victory during the sixth edition of the championship at the Riyadh Golf Club following an intense battle which saw 88 professional and amateur golf players from 27 Middle Eastern and North African countries compete over a course of three days.

Competing against the world’s best golfers during the $5 million Saudi International tournament at the King Abdullah Economic City is not something that the 25-year-old is taking for granted.

“It means a lot to take part in the Saudi International once again, especially considering I received the invite after winning the Saudi Open,” Salhab said. “I will never forget the reaction when we first saw the names announced for the tournament this year. Some of the national team players and I started jumping up and down, we were so excited. It is incredible to think how far Saudi Arabia has come in the world of golf and to now see these players compete in our country.”

Taking place at Royal Greens Golf & Country Club on Feb. 3-6, 2022, the contest will be the Saudi International’s first edition as part of the Asian Tour, following the recent announcement of a 10-year partnership between the tour and Golf Saudi. Global superstars confirmed to compete includes the likes of Dustin Johnson, Bryson DeChambeau and Phil Mickelson.

The Saudi Arabian National Team golfers are in a rich vein of form which saw them convincingly clinch the title of the 40th edition of the Arab Golf Championship over 10 countries by a comfortable nine-shot margin. Saud Alsharif also bagged a trophy earlier this month at the Jordan Open, with events like the Saudi International inspiring the Kingdom’s most-promising talent in the region.

In addition to his recent title wins, Salhab has made great career strides this year, having gained valuable experience in numerous Asian Tour tournaments, most recently alongside Saudi teammates Othman Almulla, Alsharif and Abdulrahman Almansour at Thailand’s Laguna Phuket Championship.

“Winning the Saudi Open is a great testament of the importance of more regular competition,” Salhab said. “With just over one month to go until the tournament starts, I will hopefully be in an even better form this year compared to other years where I perhaps lacked the desired playing time. I already feel ready more than ever after taking part in the Saudi International over the last two years.

“I think my newly gained experiences will be the real difference this year as they didn’t just develop my golf skills, but also enabled me to grow as a person.”

He added: “There’s absolutely no doubt it will be another tough challenge, but my main goal is to make the cut and not let any nerves get the best of me.”

Playing on his home turf and in front of a local crowd is something that Faisal is especially looking forward to. And now he is calling on golf fans from all generations to join in the fun and watch him take part alongside the world’s elite against the stunning backdrop of the Red Sea.

“I encourage all Saudis, despite their level of interest in golf, to come out and support the players and the events that everyone in Golf Saudi works tirelessly hard in organizing. The quality of the tournament is incredible and not to be missed. Seeing the world’s elite golfers compete in the Kingdom is something that every Saudi should cherish,” he said.
#Johnson
Add Comment