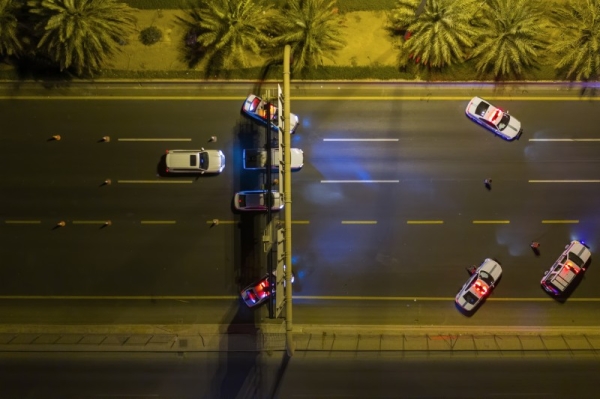 It called on the public to contact the authorities through the phone number 911 for the regions of Makkah and Riyadh, and the number 999 for all other regions of the Kingdom.
The Ministry of Interior called on all citizens and residents in the Kingdom to report to security authorities about violators of the residency, labor and border security regulations.

It called on the public to contact the authorities through the phone number 911 for the regions of Makkah and Riyadh, and the number 999 for all other regions of the Kingdom.

The ministry reaffirmed that the regulations that are in force in the Kingdom stipulate stringent penalties for the offenders and that include jail terms up to 15 years and a maximum fine of SR1 million.

These penalties will be awarded to anyone who facilitates the entry of infiltrators into the Kingdom or giving them transportation within the Kingdom and rendering them any sort of assistance or service with knowledge about this offense.

Apart from imprisonment and fine, the means of transportation used for carrying infiltrators and accommodation for giving them shelter will be confiscated.

The penalty will be published in local newspapers or in any other appropriate medium at the expense of the offender, depending on the gravity of the crime and its impact, the ministry said.

It warned that this crime is considered as one of the major crimes that involve a breach of honor and safety.

In an earlier statement released on Saturday, the ministry reported that over 5.6 million violators of residency laws, labor regulations and border security system have been arrested since November 2017, of whom 1,553,667 were deported to their respective countries.

Violators of the border security system were 509,553. A total of 116,908 people were apprehended while attempting to infiltrate into the Kingdom through its southern borders.
Add Comment