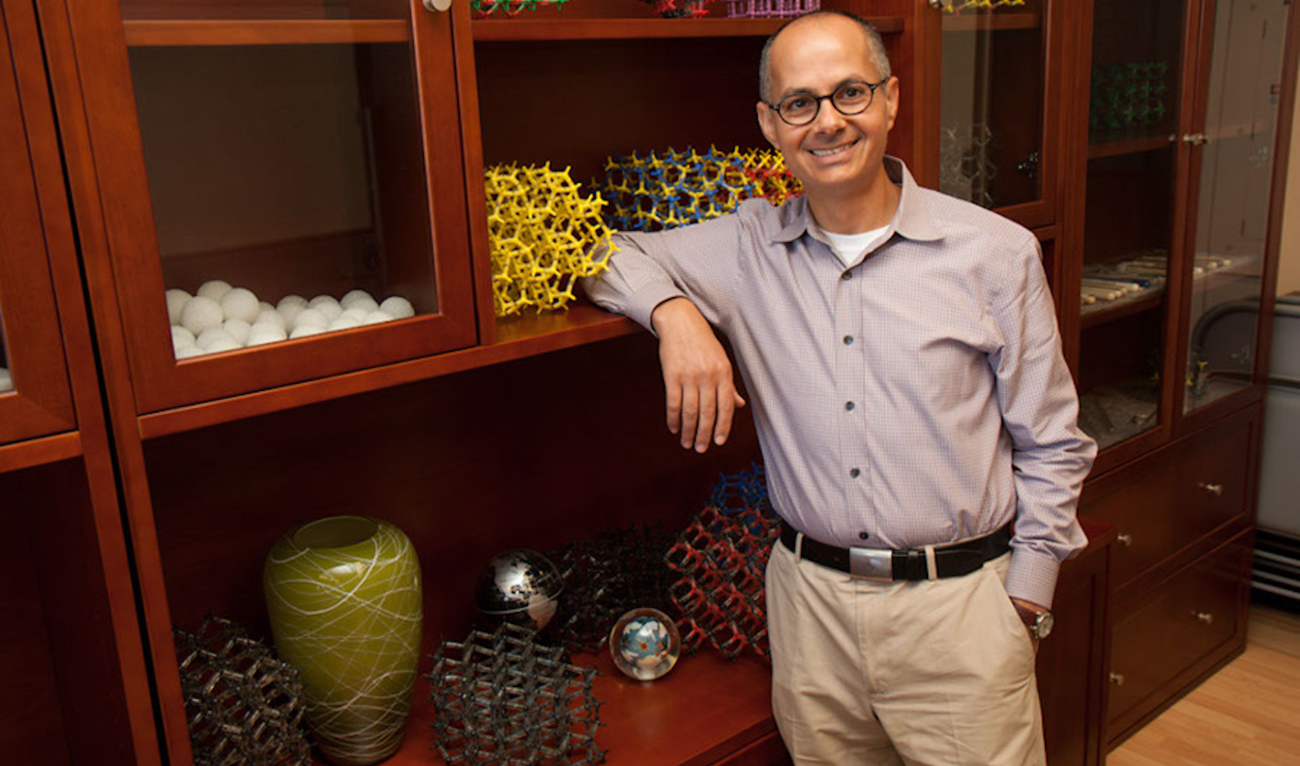 Omar Yaghi, an internationally renowned chemist whose interests include technology to harvest clean water from arid environments, said that he is honored that Saudi Arabia has decided to grant him citizenship.

Born in Jordan to Palestinian parents, Yaghi, 56, is an elected member of the National Academy of Sciences and the James and Neeltje Tretter Professor of Chemistry at the University of California, Berkeley.

In an exclusive interview with Arab News, Yaghi said that he would accept the citizenship offer, and acknowledged its potential for supporting his research efforts globally.

“I think it is quite an honor to be recognized with citizenship and it will allow me to work with the Saudis more closely,” Yaghi said.

“They have a great vision on how to grow science and how to grow research. I have already had several collaborations with our Saudi friends and I am happy to grow that. I think it is a great honor to be chosen.”

Yaghi said that he knew informally that his name had been put forward by someone who was familiar with the work he does and his collaborations in Saudi Arabia.

“The offer is certainly an honor and I shall accept it,” he said.

Saudi Arabia announced on Thursday that royal approval had been issued to grant Saudi citizenship to a number of eminent specialists from a variety of fields.

The move follows a royal decree that has opened the door for the naturalization of experts from the legal, medical, scientific, cultural, sporting and technical fields to help develop the country and benefit Saudi society.

It comes in line with the objectives of Saudi Vision 2030, including encouraging talented people to relocate to the Kingdom, localizing foreign investment, and “creating an appropriate social and investment environment,” according to the Saudi Press Agency.

For his part, Yaghi is credited with taking the field of reticular chemistry from discovery to application, and, in the process, changing the way that new materials can be created
— making them more beneficial to people around the world.

He received his Ph.D. in chemistry from the University of Illinois at Urbana-Champaign in the US and was a National Science Foundation postdoctoral fellow at Harvard University.

He is the founding director of the Berkeley Global Science Institute, whose mission is to build centers of research in developing countries and provide opportunities for young scholars to discover and learn.

Yaghi is also co-director of the Kavli Energy NanoSciences Institute, which focuses on the basic science of energy transformation at the molecular level, and the California Research Alliance by BASF, which supports joint academia-industry innovations.

He has been honored with numerous awards for his scientific accomplishments, including the UK Royal Society of Chemistry Centenary Prize in 2010, and Saudi Arabia’s King Faisal Prize in 2015.