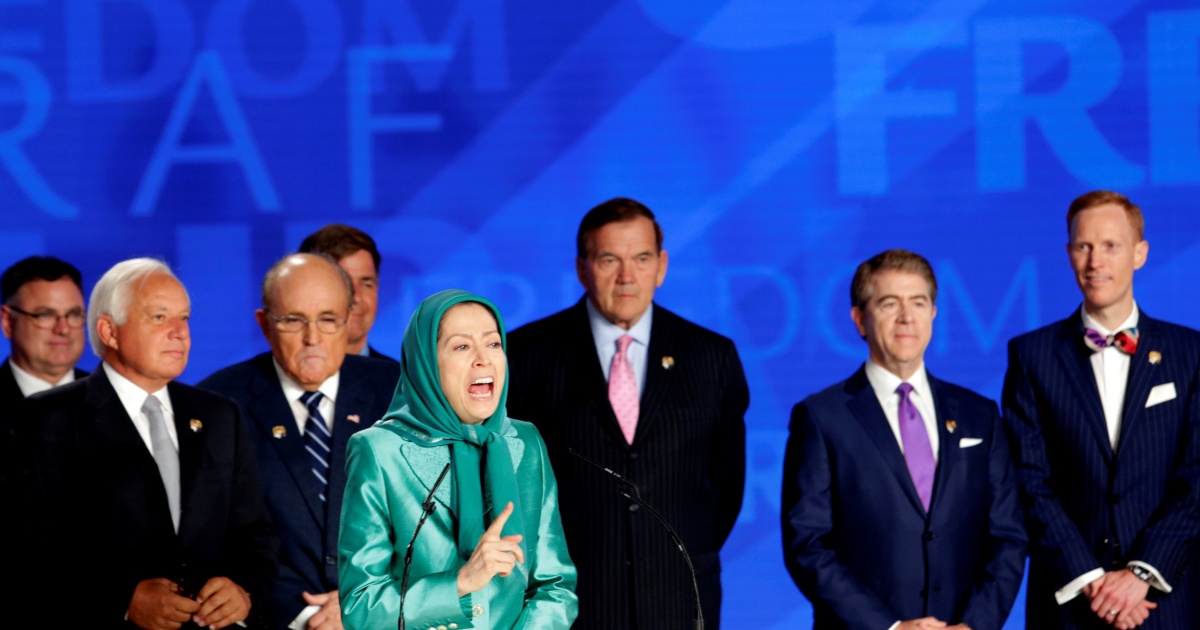 Iran says the Americans provided deliberate support to a group that is accused of killing 17,000 Iranians over decades.

The Iranian government has blacklisted United States officials over their backing of a group that Tehran considers to be a “terrorist” organisation.

The Iranian foreign ministry on Saturday published a list of 61 current and former American officials who it said have provided “deliberate support” to the Mojahedin-e Khalq (MEK), a group that openly calls for overthrowing the current Iranian establishment.

Several of the individuals, including former Secretary of State Mike Pompeo, were previously blacklisted by the Iranian government for other reasons.

The individuals provided support to the group by participating in its events and “offering political and propaganda support”, the Iranian foreign ministry said.

The Iranian establishment believes the MEK has killed more than 17,000 Iranian people across decades, many of them women and children.

The MEK was among groups that supported Iran’s Islamic Revolution of 1979 that deposed dynastic rule, but it later became one of the main opponents of the clerical establishment and resorted to violence to thwart it.

The group has claimed responsibility for numerous assassinations and bombings in the early years following the revolution. It also aided Saddam Hussein in his eight-year invasion of Iran in the 1980s, and took up arms during the war.

The MEK was also listed as a “terrorist” organisation by the US and European Union, but was delisted more than 10 years ago after it promised to abandon violent operations.

Since then, US officials, especially Republicans openly in favour of changing the establishment in Iran, have regularly attended MEK rallies and expressed their support.

The group has also held rallies and is based across several European nations including France, Sweden and Albania, causing Iranian officials to accuse those counties of harbouring “terrorists”.

Iran first started imposing sanctions on US officials in 2021. Among others, it blacklisted former President Donald Trump and Pompeo for their role in ordering and carrying out the assassination of its top general, Qassem Soleimani.

It then expanded that list in January, followed by more sanctions in April over charges of supporting “terrorism” and violations of human rights of the Iranian people through unilateral sanctions.

The sanctions are thought to be largely symbolic since the individuals are not believed to have assets or interests in Iran and do not travel to the country.

As efforts to restore Iran’s 2015 nuclear deal with world powers have stalled, the US has also continued to level sanctions to further strain Iran’s economy.

The US unilaterally abandoned the nuclear deal under Trump in 2018 and imposed harsh, comprehensive sanctions that President Joe Biden has continued to enforce.