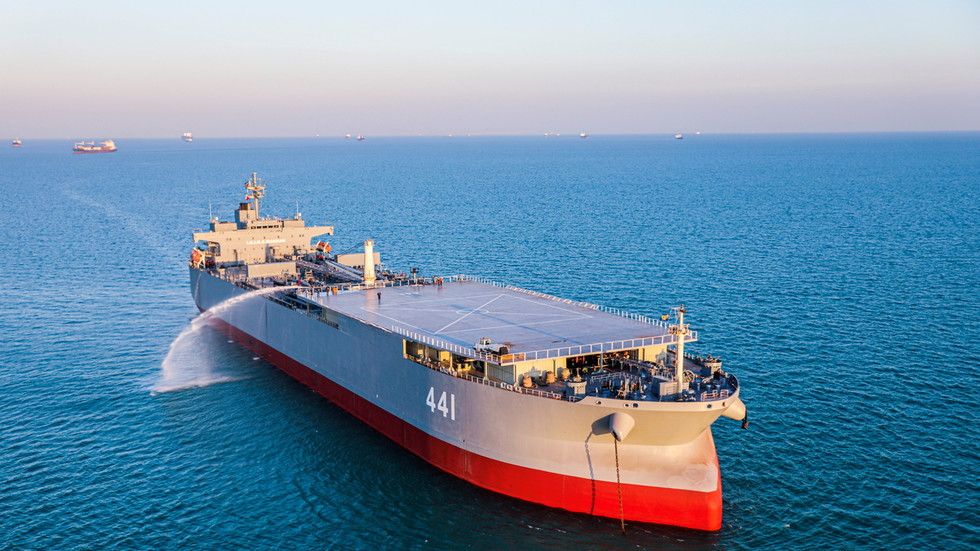 The Iranian military has hailed the end of a successful mission in which its 77th strategic naval fleet ventured into the Atlantic for the first time, before returning to Iran, traveling some 45,000km (28,000 nautical miles).

On Tuesday, Iranian Navy Commander Rear Admiral Shahram Irani praised his country’s seamen for their successful voyage. He called it the “largest historical military event in the sea field” and said the fleet had comprised the Sahand destroyer and the intelligence-gathering Makran logistics-support ship, Iran’s Mehr news agency reported.

Irani said the fleet had travelled across three oceans – the Indian, South Atlantic and North Atlantic – covering around 45,000km (28,000 nautical miles). The admiral claimed the mission had demonstrated Iran’s self-confidence on the global stage, but stressed that his nation invited all regional partners to come together in “peace and friendship."

Taking aim at the West, he said that, despite the sanctions and “all-out pressure” imposed on Tehran, the mission had shown that Iran could overcome such difficulties by using its “domestic strength.” The locally manufactured Sahand destroyer illustrated the nation’s scientific achievements, he said.

He added that the mission had demonstrated the country’s “capability and authority” in waters where “the arrogant powers are present.” The terms “arrogants” or “arrogant powers” are used in Iran to refer to the US and its Western and Israeli allies.

United States Defense Secretary Lloyd Austin said the mission was of “great concern.” US officials had initially believed the vessels were heading to Venezuela to fulfil an arms agreement made with that nation last year, but instead they steamed northwards, following the west coast of Africa, entering the English Channel, and heading for Saint Petersburg to attend an event to commemorate the 325th anniversary of the foundation of the Russian Navy in July, before returning to Iran.

Both the vessels were indigenously developed as part of Iran’s drive to modernize its defense force in spite of US sanctions.