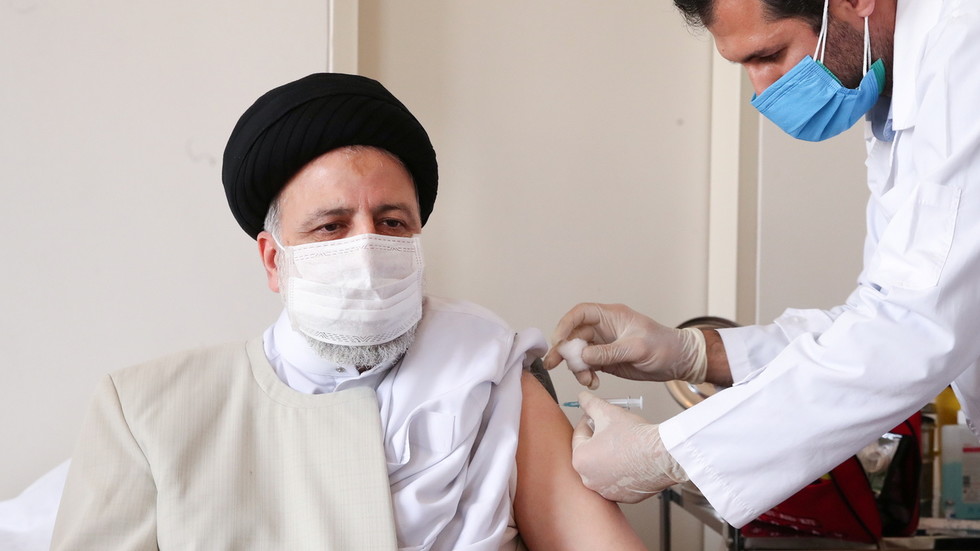 Iran’s newly sworn-in President Ebrahim Raisi was vaccinated with a locally developed Covid-19 vaccine on Sunday, as Iran marked a record daily increase in infections and over 500 new deaths.
The president received his first shot of COVIran Barekat, one of the two locally produced coronavirus vaccines, on Sunday, local media reported, sharing pictures from the event. Parliament speaker Mohammad Bagher Ghalibaf received a dose of the vaccine alongside the president, who was sworn in earlier this week.

The high-profile vaccination session came amid a new wave of coronavirus infections in the country. On Sunday, Iranian health authorities reported 542 Covid-related deaths, marking a new grim record for the nation. The previous record for fatalities was reported late in April, when the country experienced another massive wave of infections.

The number of new infections registered over the past 24-hour period hit a new high as well, reaching nearly 40,000 cases.

Since the beginning of the pandemic, Iran has registered more than 4.1 million cases of coronavirus, including more than 94,000 deaths, putting the nation among the 15 worst-affected countries in the world hit by the virus. Iran also remains the worst-affected nation in the Middle East region.

The current wave, which has already become the worst in terms of the total number of cases, has plagued the country since June. The surge is believed to be linked to the highly contagious Delta variant, which was first detected in India in late 2020 and has since spread across the globe.
#covid 19  #vaccine  #covid  #coronavirus  #vaccines
Add Comment