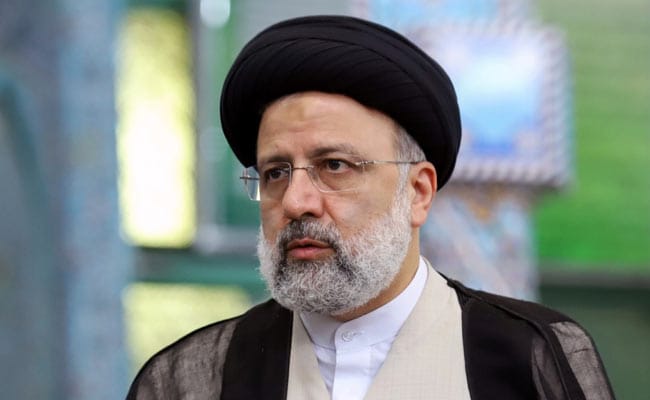 However, an official said US will continue indirect talks with Iran on the US rejoining the 2015 nuclear accord that Donald Trump had abandoned.
The United States said Saturday it regretted Iranians were not able to participate in a "free and fair electoral process" in the country's presidential election.

In the first reaction from Washington to ultraconservative cleric Ebrahim Raisi's election win, a State Department spokesperson said "Iranians were denied their right to choose their own leaders in a free and fair electoral process."

The United States will nonetheless continue indirect talks with Iran on the US rejoining the 2015 nuclear accord that Donald Trump abandoned, the spokesperson also said.

In Iran's election, many political heavyweights were barred from running. Raisi is seen as close to 81-year-old supreme leader Ayatollah Ali Khamenei, who holds ultimate political power in Iran.

Many voters chose to stay away after the field of some 600 hopefuls, including 40 women, had been winnowed down to seven candidates, all men, excluding an ex-president and a former parliament speaker.

Three of the vetted candidates dropped out two days before Friday's vote.

On the Iran nuclear accord, the State Department spokesperson said indirect talks in Vienna between the US and Iran had made "meaningful progress" and that Washington wanted to build on this.

"We will continue discussions along with our allies and partners on a mutual return to compliance with the Joint Comprehensive Plan of Action," the spokesperson said.

The discussions in Vienna, brokered by European diplomats, have been locked in dispute on which sanctions imposed on Iran would be lifted.
#donald trump
Add Comment