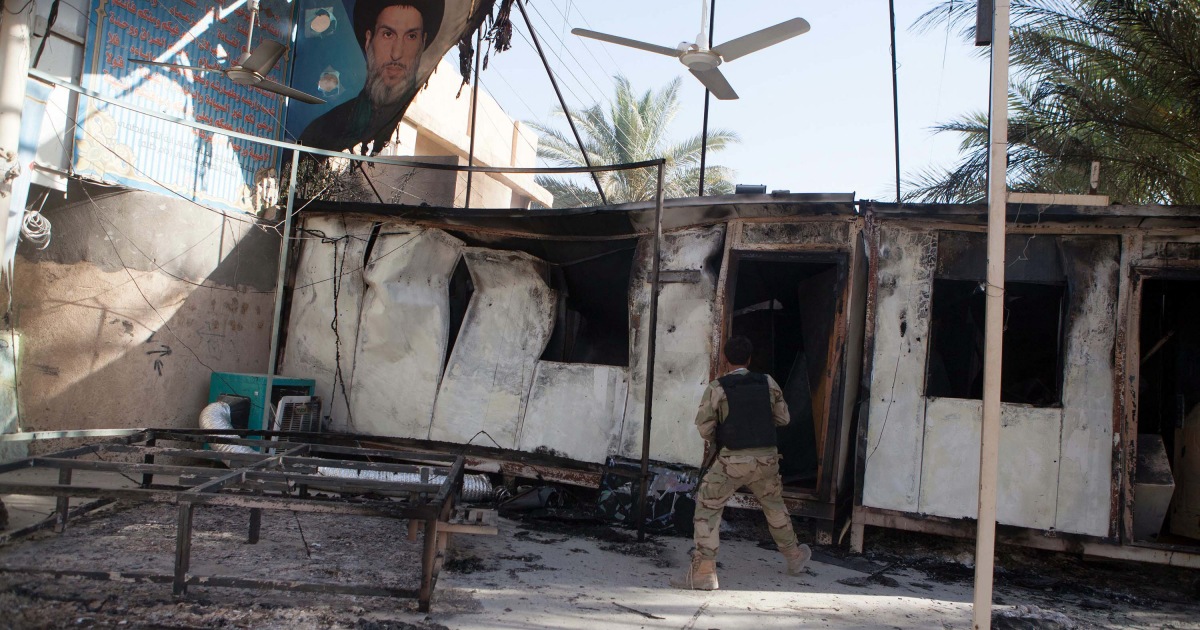 The controversial figure has become the subject of widespread discussions in Iraq, igniting debates on his ideology and what threats he could pose to security.

A mosque pulled down by tractors, angry protesters setting buildings on fire, and police arrests: despite their relatively small-scale, recent events across a few cities in Iraq were enough to startle the country over the last month, and all were linked to a controversial Muslim scholar – Mahmoud al-Sarkhi.

The trigger in the latest round of what has become an increasingly tense intra-Shia leaders’ dispute was an otherwise uneventful Friday sermon in early April, when Ali Masoudi, a representative of al-Sarkhi, who is a former student of the late prominent Shia scholar Mohammad Sadiq al-Sadr, demanded the demolition of shrines, or graves of Shia imams, across Iraq.

“We should follow the teachings of the Prophet [Muhammed] and Imam Ali and not build any structures on the graves,” Masoudi passionately told a group of people attending the sermon.

The demand was unsurprisingly dismissed by the majority of Iraqi Shia Muslims, but then came the fiery response: furious protesters, mostly supporters of Muslim leader Moqtada al-Sadr, the son of Sadiq al-Sadr and currently the biggest political player in Iraq, took to the streets and burned down some of al-Sarkhi’s offices in a number of cities, including Babil, Karbala, and Basra.

Moqtada al-Sadr himself also issued a warning to al-Sarkhi that unless the scholar disavowed the representative who called for the destruction of the shrines, he would resort to “legal and customary methods”, according to a note al-Sadr posted on Twitter, although it is unclear whether al-Sadr would follow through with his threats.

In the weeks following the controversial sermon, al-Sarkhi has become the subject of widespread discussions in Iraq, igniting debates on his ideology and what threats he could pose to the now overall stable Iraqi security.

Despite the criticism towards al-Sarkhi’s demand to demolish graves, some experts are voicing their concern over how the government’s response has run the risk of further stoking violence and conflict in a deeply scarred country.

“The state has been reactive instead of proactive over the past few years, and none of [the reactions were] about taking the initiative to fight sectarianism,” Ruba Ali al-Hassani, a UK-based sociologist who studies Iraq, told Al Jazeera. “Instead of launching arrests of al-Sarkhi’s people, there should have been more restorative and correctional efforts.”

For al-Sarkhi, this is not the first time he managed to grab attention. This time, however, it coincided with a chaotic government formation process that has been definitively stalled by intra-Shia political division. 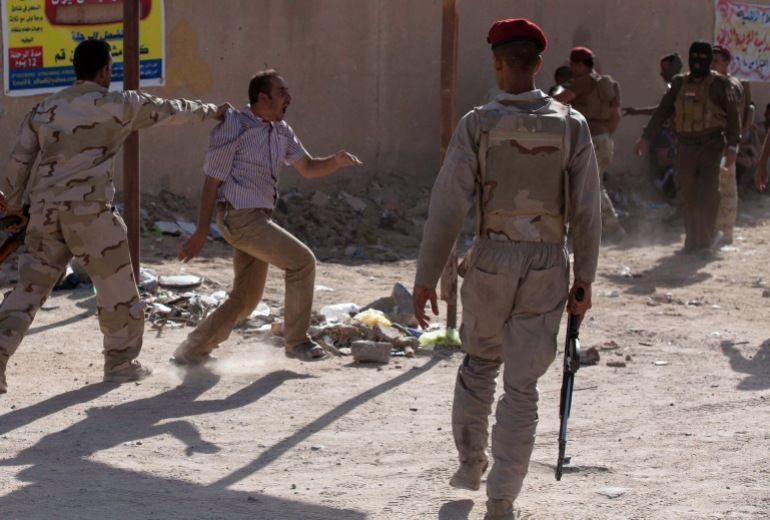 “He realises that Shias, in general, are passing through a very chaotic period with low confidence in all religious political parties and movements,” Munqith M Dagher, the founder of the Iraq-based Independent Institute of Administration and Civil Society Studies, told Al Jazeera. “Accordingly, this is the best time to find more followers who are hating the current players and welcome any different voices.”

Al-Sarkhi and his movement did not respond to Al Jazeera’s request for comment.

A figure who first emerged following the United States-led invasion of Iraq in 2003, al-Sarkhi had a rather low profile and would periodically re-emerge in the public discourse with at times controversial claims, and sometimes violent clashes with either US or Iraqi security forces.

Initially fighting alongside the once-formidable Mehdi Army, a now-disbanded paramilitary group led by Moqtada al-Sadr, against the US forces during the early days of the Iraq war, al-Sarkhi soon parted ways with al-Sadr.

Building on his staunch resistance towards both American and Iranian influence in Iraq, al-Sarkhi has so far accumulated a modest following in the tens of thousands.

“Unlike Moqtada, who changes his position every five days, al-Sarkhi has remained committed to rejecting the US and Iranian influence in our country,” Hassan, an al-Sarkhi follower living in Karbala told Al Jazeera, referring to the sometimes changing nature of Moqtada al-Sadr’s political stances.

“He may have some opinions that I don’t completely agree with, but I think he is the one who actually cares about Iraq and the people,” he added.

Al-Sarkhi has repeatedly voiced his opposition to Iranian influence in Iraq. During Iraq’s 2019 mass demonstrations, for example, al-Sarkhi’s movement reportedly encouraged protesters to set fire to the Iranian consulate in Karbala, which turned out to be one of the most dramatic nights of the entire protests.

He even rejected Ali al-Sistani, the most revered scholar among Iraqi Shia Muslims, based on his claim that al-Sistani had too much Iranian influence behind him. However, some experts say his rejection of Iran has often overstepped its boundary.

“He argues that Iran tried to shape the Shia public discourse and threaten national security in Iraq,” al-Hassani said. “However, he overreaches by claiming that there is no public Shia discourse in Iraq and that it was entirely Iranian.”

Al-Sarkhi has also faced criticism for his role during the rise of ISIL (ISIS) in 2014. At the time, al-Sistani had issued a fatwa, a religious decree, to call on all able Iraqis to take up arms to fight against the armed group that seized a vast swath of land in Iraq and neighbouring Syria.

To most people’s surprise, al-Sarkhi refused to answer the fatwa, and instead called for conversations and negotiations with ISIL, despite the crimes committed by the group, and the failure of diplomatic efforts to reach out to them.

“Even now, many are questioning his stance towards ISIS,” al-Hassani said. “Even as someone who works on peacebuilding, I wouldn’t agree to negotiate with ISIS when the group was going on a killing rampage.”

His controversial claims, however, rarely caused any big issues to Iraqi security and, according to experts and common Iraqis who spoke with Al Jazeera, his relatively small following will unlikely constitute an actual threat in the future, despite the controversy generated recently.

“You hear about him like you hear about some clowns on TV, and I think the reason why people are protesting is because they need something to vent their anger towards the current political mess in Iraq,” Ali Saleem, a Baghdad resident, told Al Jazeera.

“I don’t think it’s because of how important al-Sarkhi is.”