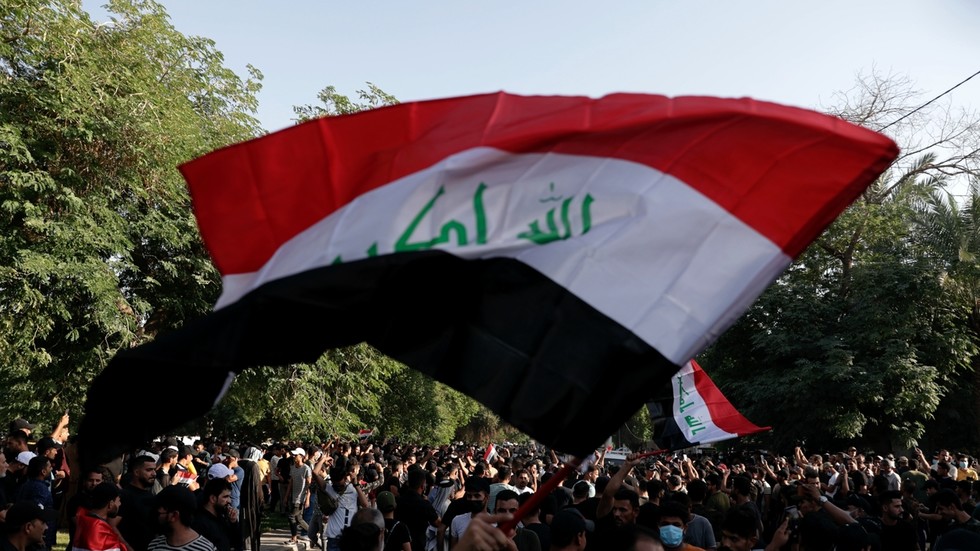 A spokesperson for the political wing of an Iraqi Shia militia says the alleged assassination attempt on Prime Minister Mustafa al-Kadhimi could have been staged to distract from the reported deaths of election protesters.
In a series of posts on Sunday, Mahmoud Al-Rubaie, the spokesperson for Iraq’s Sadiqoun political bloc, claimed that the incident could be a false flag operation to cover up the government’s crackdown on people protesting the results of the recent parliamentary election.

“My expectation is [that] it is a fabricated explosion… with the aim of covering up yesterday’s crimes and preoccupying public opinion,” Al-Rubaie said in a statement, as translated by Al Arabiya English.

Al-Rubaie said the US air defense systems failed to thwart the attack, which took place within Baghdad’s heavily fortified Green Zone, where the prime minister’s residence and foreign diplomatic compounds are located. The authorities were “not able to present a convincing scenario” of Sunday’s events, he tweeted.

Earlier on Sunday, Iraq security forces reported that the prime minister had been targeted in his residence by a “booby-trapped drone” in a “failed assassination attempt.” There were also reports on social media of gunfire and sirens coming from Baghdad’s Green Zone around the time of the reported attack. Al-Kadhimi later emerged from the incident visibly unscathed, calling for “calm and restraint from everyone” for “the sake of Iraq.”

The prime minister said he was not hurt during the incident.

The attack took place in the aftermath of violent protests in Baghdad against the results of last month’s parliamentary election, in which pro-Iranian Shia parties took heavy losses. The protesters alleged voter fraud in the election and some parties refused to accept the results.

Clashes broke out between police and demonstrators demanding a recount of the vote on Friday, resulting in multiple injuries on both sides, and reportedly leading to casualties among the protesters. On Saturday, Al-Kadhimi tasked a special committee with investigating the “circumstances that led to the death and injuries of demonstrators and the security forces.” The prime minister expressed support for compensation for the victims of the demonstration, and indicated he would personally oversee the investigation.

The Sadiqoun bloc is part of the pro-Iranian Fatah Alliance of Shia parties and the political wing of Shia paramilitary group Asaib Ahl al-Haq, also known as the Khazali Network. The Fatah Alliance lost more than half of its parliamentary seats in last month’s election.
Speaking at a funeral procession on Saturday, the leader of the Asaib Ahl al-Haq militia, Qais al-Khazali, blamed the Al-Kadhimi government for the protesters’ deaths.

“The blood of martyrs is to hold you accountable,” al-Khazali said, as cited by AP. “The protesters only had one demand against fraud in elections. Responding like this (with live fire) means you are the first responsible for this fraud.”
Add Comment