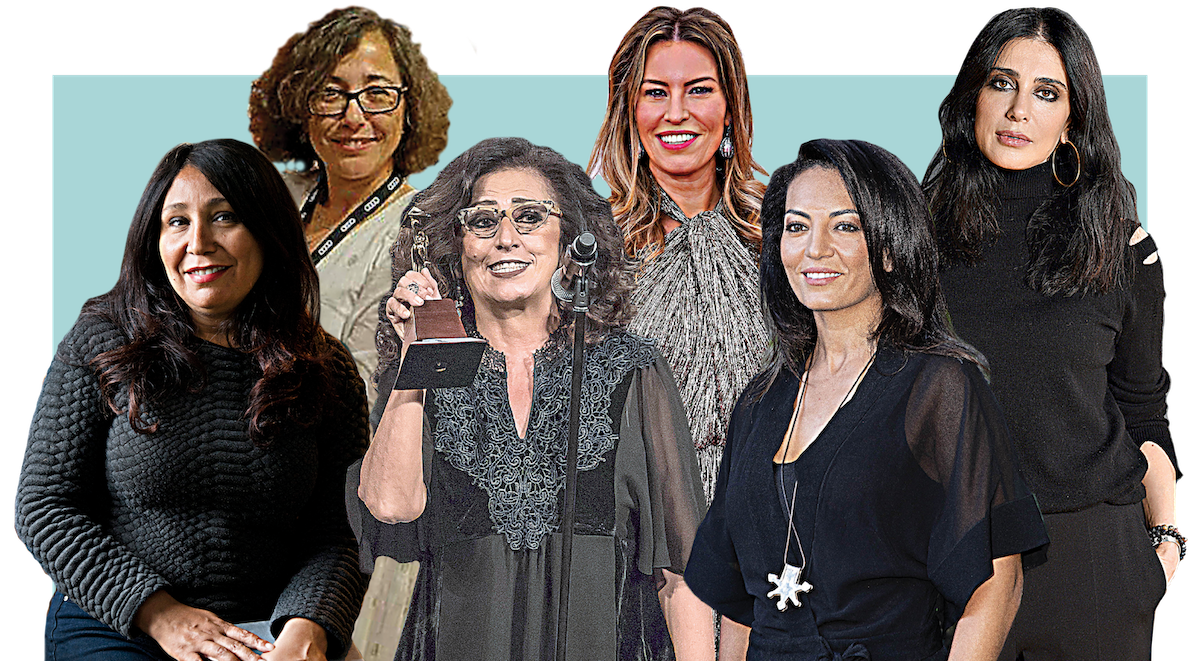 “In a very male-dominated Arab filmmaking industry, the passionate and visionary Nayla Al-Khaja was determined to cut through the status quo and establish a name for her own,” read a tweet promoting the August issue of Arabian Moda magazine.

Coming from a Western media outlet, misconceptions such as this might be understandable, but when it comes from an Arab magazine, it raises the question of how the giant strides made by female Arab filmmakers are constantly ignored, sometimes in the name of promoting one of their own.

Al-Khaja, the first Emirati female film writer, director and producer, whose movies have been shown at over 42 festivals internationally, has won dozens of awards and accolades for both her filmmaking and entrepreneurship.

From setting the narrative to starting a dialogue, female Arab filmmakers like her are increasing in influence and number, and making their presence felt internationally, despite the media’s predilection for condescending cliches.

Their presence may seem like a modern development, but the phenomenon actually dates back to the 1920s and 30s, a period when women were among the pioneers of regional cinema. 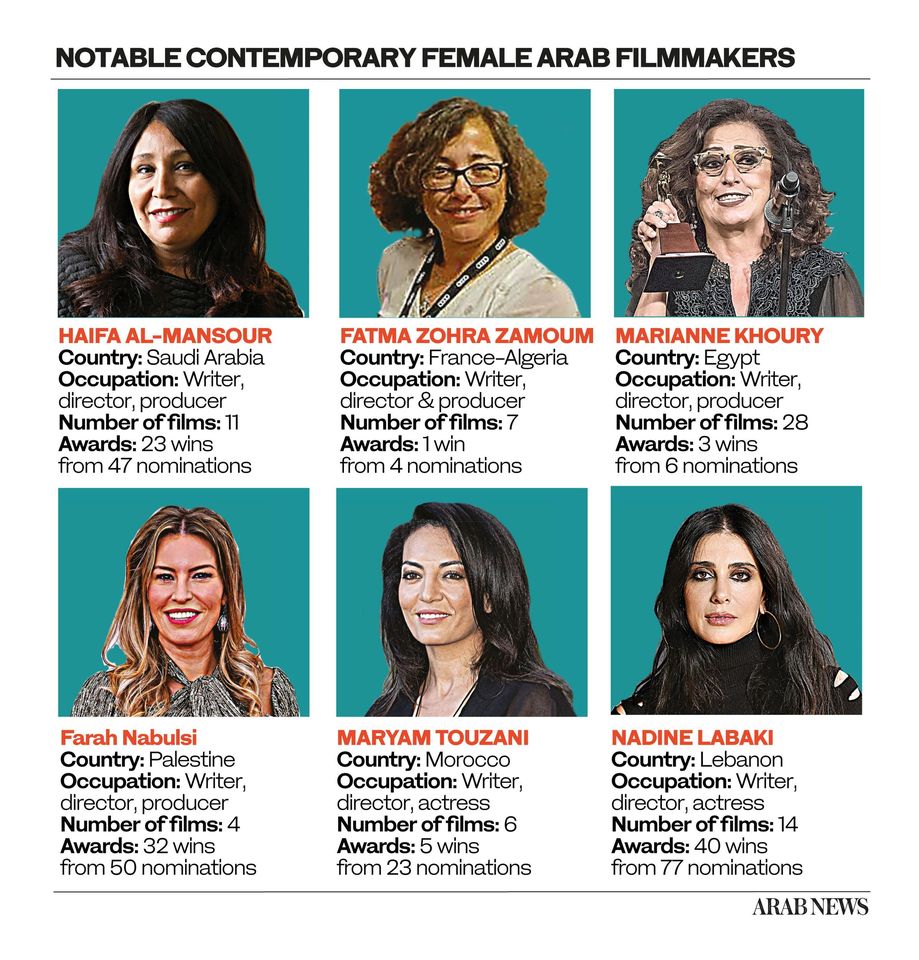 Arab women of the era often completed entire projects by themselves, such as legendary Egyptian filmmaker Aziza Amir, who both starred in and produced what film scholars say was the first-ever Egyptian film, “Laila,” in 1927. Amir was the producer and star of 25 films throughout her life.

Today, Arab female filmmakers continue to be a driving force of the industry, making their mark despite shallow media depictions that feed existing social biases and gender prejudices.

“Women in independent cinema in the region have made progressive strides far more than in Europe and the US, and it happened naturally, especially with the advent of film festivals in the region that provided opportunities for filmmakers,” Egyptian film critic and curator Joseph Fahim told Arab News.

“This is one of the most fascinating aspects of modern Arab cinema, as women filmmakers find greater representation. Films selected in film festivals across the region are at least 50 percent by women, more or less, depending on the year.” 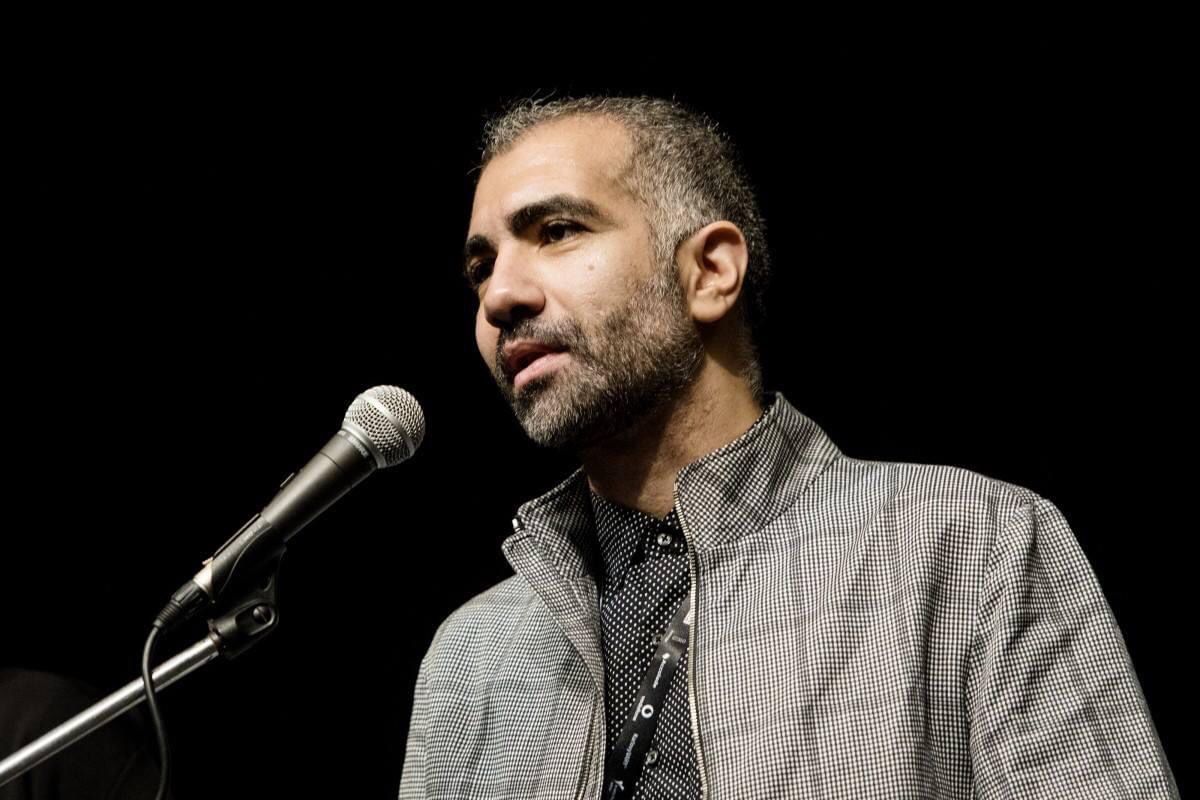 According to Fahim, while it is true that the gender of the director often influences the public response to a film, it should not detract from the filmmaker’s achievements.

“Every region progresses differently, and you cannot generalize it,” he said. “Filmmaking is more progressive today than journalism. A lot of what is being written is under-researched and is different from the reality of what’s happening on the ground. The reality is much more complicated.”

He added: “Things being written that undermine female Arab filmmakers are a product of reductive thinking.”

Some of the most notable female directors of the Arab region include Lebanese director Nadine Labaki, whose film “Capernaum” debuted at the 2018 Cannes Film Festival. 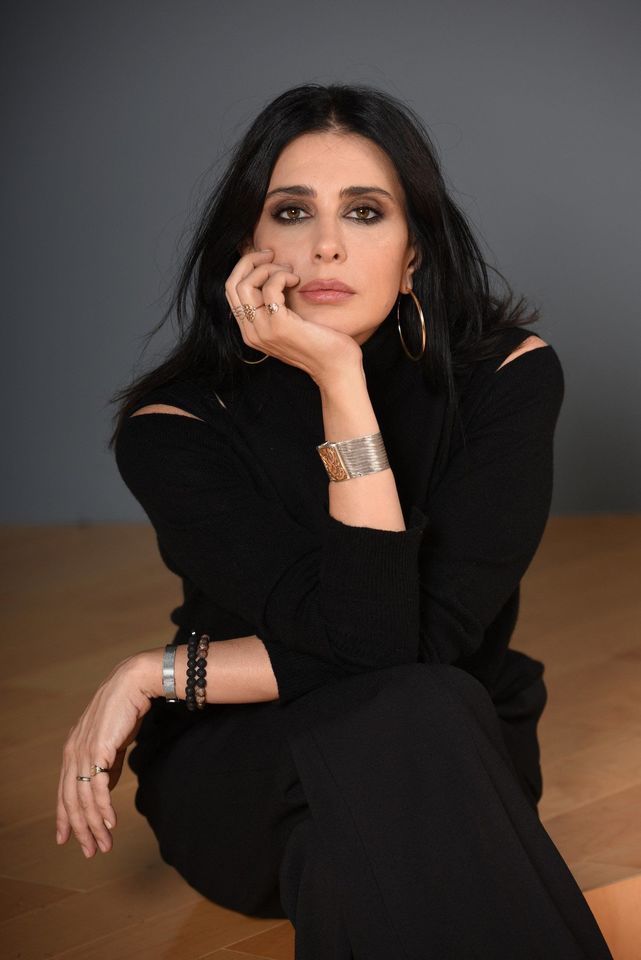 Labaki’s was the first film of its kind to compete for the Palme d’Or, and was also the first Oscar-nominated film by an Arab woman. Saudi director Haifa Al-Mansour’s first feature film, “Wadjda,” was nominated for a BAFTA, and Palestinian-British filmmaker Farah Nabulsi’s latest short film, “The Present,” was Oscar-nominated and won a BAFTA last year. 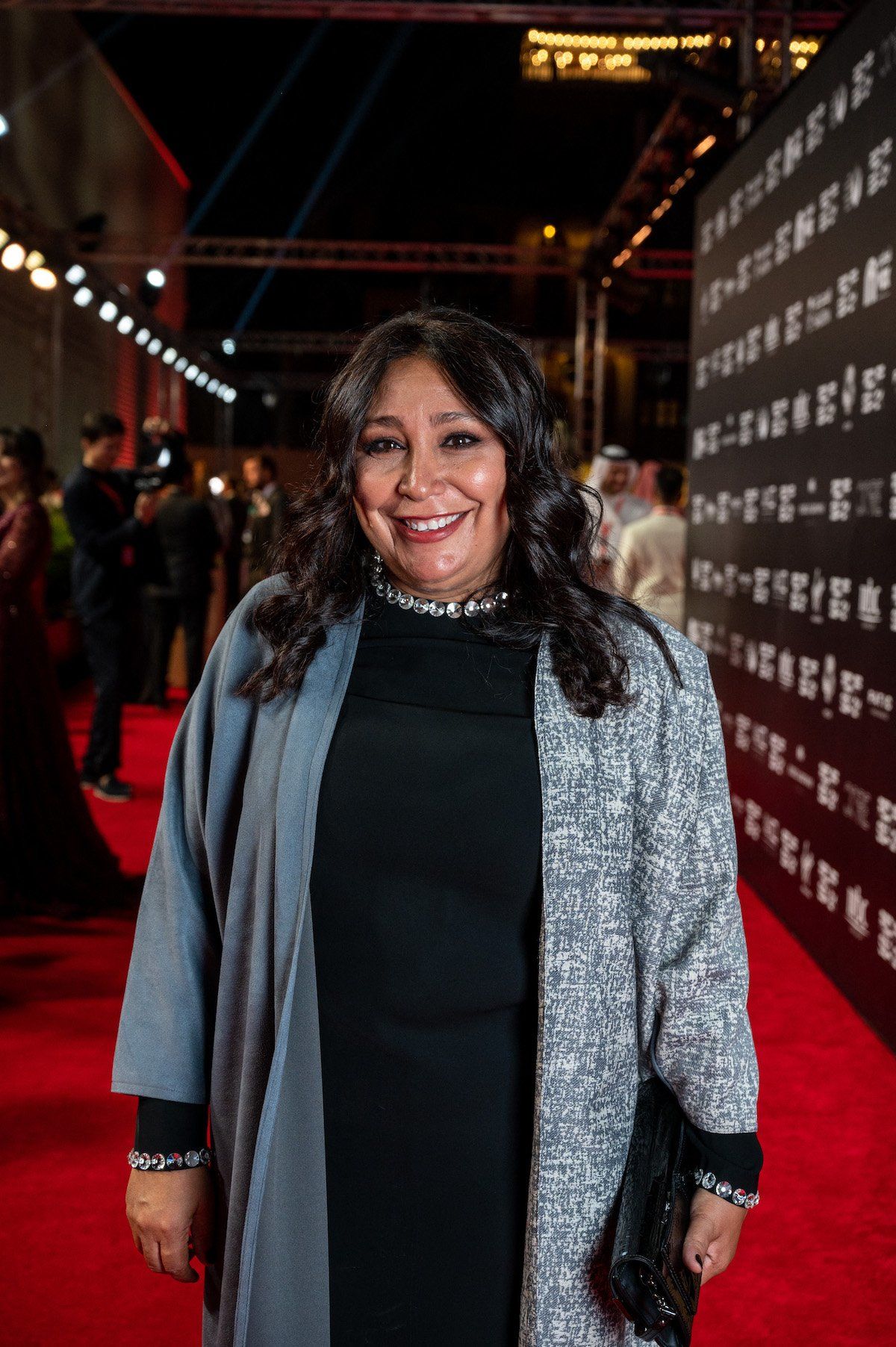 Syrian journalist Waad Al-Khateab co-directed the documentary “For Sama,” which made history by winning four BAFTA nominations — the most nominated documentary in BAFTA’s history. A few days ago, Palestinian director Cherien Dabis made history with an Emmy nomination for outstanding director for her Hulu hit series “Only Murders in the Building.”

Tunisian filmmaker Salma Baccar broke barriers when she directed “Fatma 75” in 1975, creating the first ever film to be directed by a Tunisian woman.

From her vantage point behind the camera since the 1980s, Egyptian filmmaker Marianne Khoury has helped both men and women hone their skills. For over three decades, she went against the grain of Egyptian cinema and chose independent films to explore relatively out-of-the-ordinary themes. The documentarian won the Rizkallah Audience Award at the Cairo International Film Festival for “Let’s Talk.” 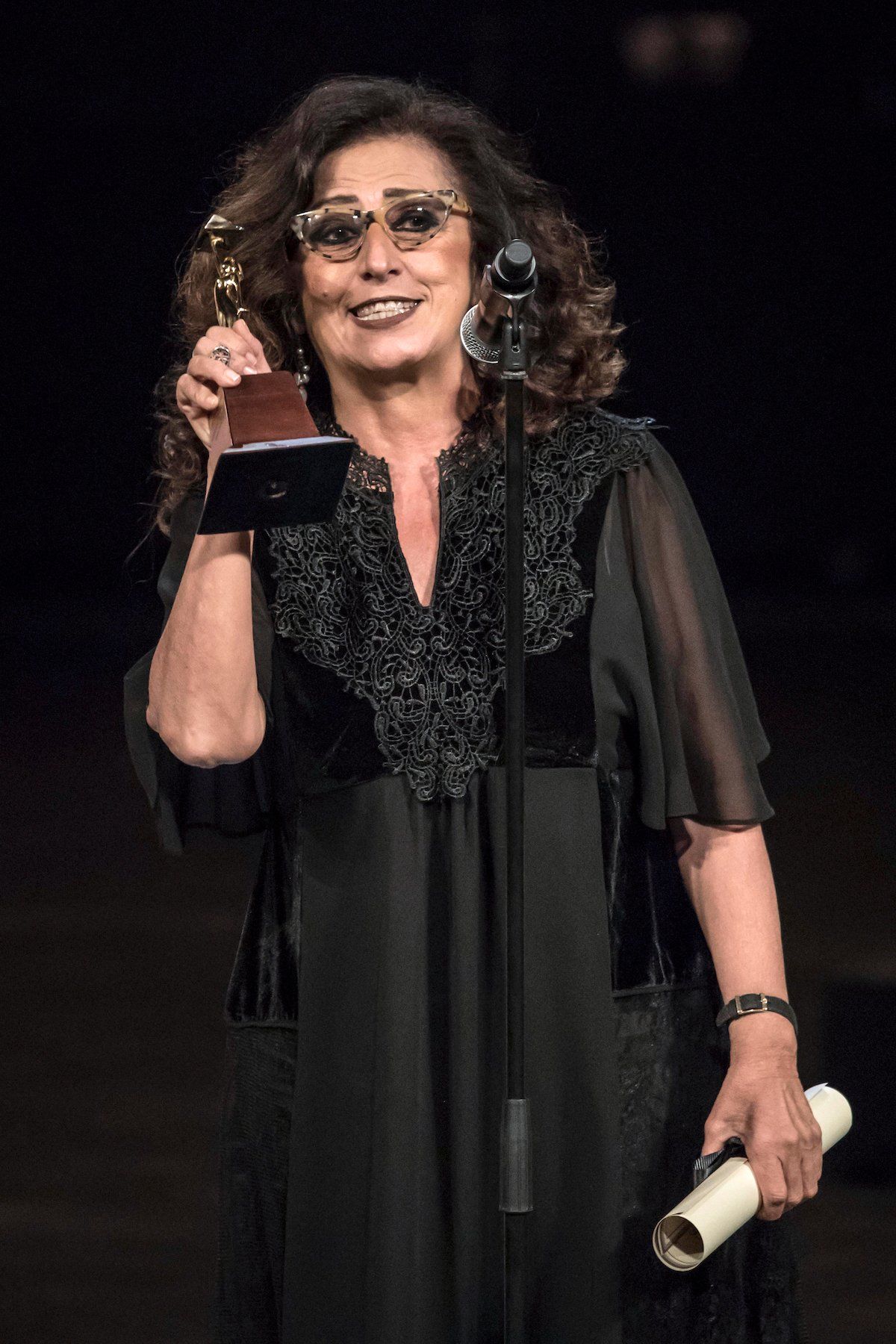 Similarly, award-winning Palestinian filmmaker Mai Masri, who also began her career in the early 1980s, was the first in the country to do so. “Today half the Palestinian films are directed by women,” she told the Economic Times in 2018.

At last year’s Red Sea International Film Festival in Saudi Arabia, 38 percent of the 138 films screened happened to be directed by women, a proportion unthinkable in other parts of the world.

Fittingly, the festival honored Al-Mansour for her contribution to the industry and championed female empowerment in film. She received a Crystal Award at the World Economic Forum’s 2019 meeting in Davos for her leadership in cultural transformation in the Arab World.

Today, many female filmmakers have an unprecedented opportunity to ensure fair representation for their narratives. Each has a story to tell, and as Fahim says, the stories each woman can tell are molded by circumstances, restrictions, and censorship, all of which differ from one country to the next. 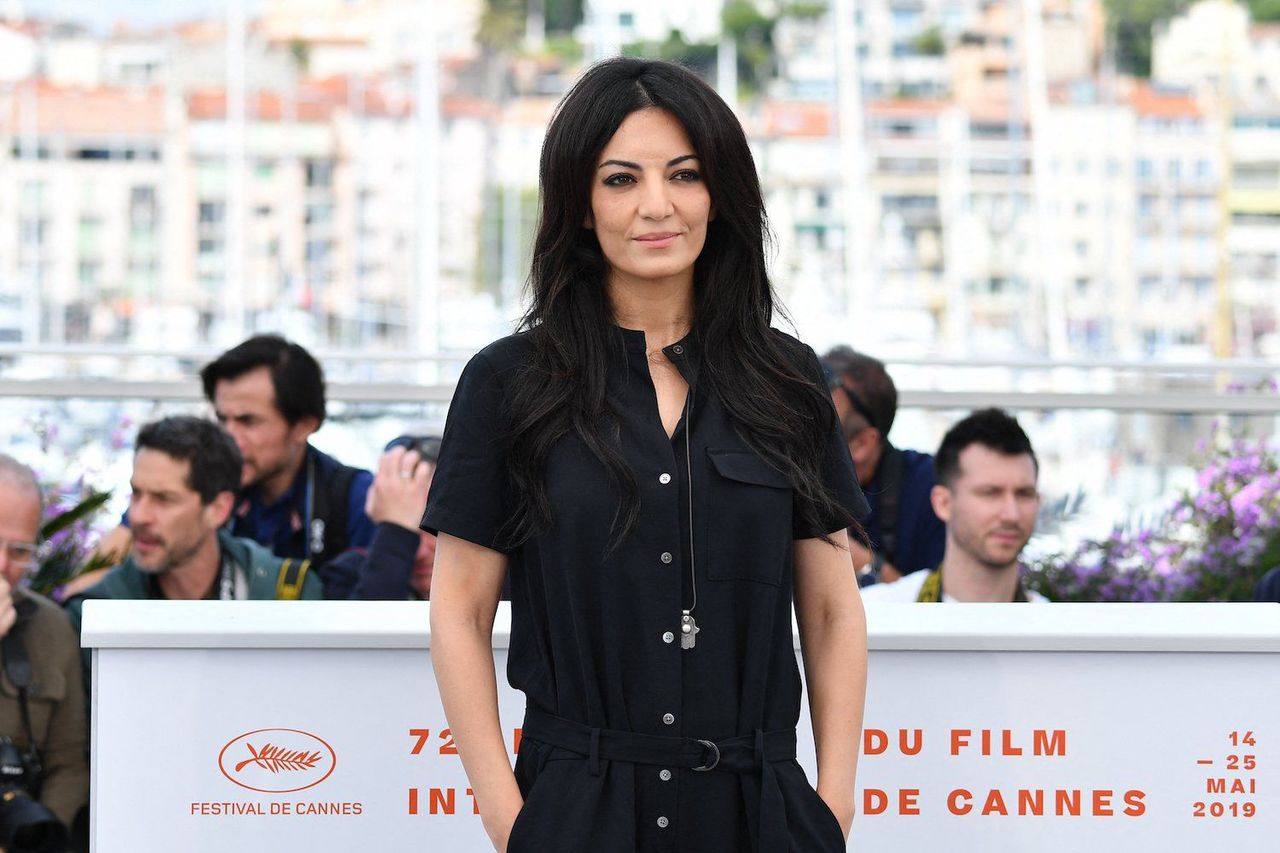 Moroccan film director Maryam Touzani poses during a photocall for the film “Adam” at the 72nd edition of the Cannes Film Festival in southern France.

Moreover, according to experts, the emergence of so many Arab female directors from Palestine, Jordan, Lebanon, Algeria, Morocco and Tunisia is remarkable considering the relative novelty of filmmaking in these countries compared to India, Egypt, the US and Europe.

Though the general understanding is that “cameras don’t make movies, people do,” filmmakers such as Sara Mesfer believe that impactful films should be celebrated in their own right, regardless of the gender, background or ethnicity of the director.

Mesfer appeared on the Saudi movie scene nearly two and a half years ago, writing and directing “The Girls Who Burned the Night,” which earned two wins and three nominations at the Carthage Film Festival and Palm Springs International ShortFest. However, like all films, her rise in the film industry differs. 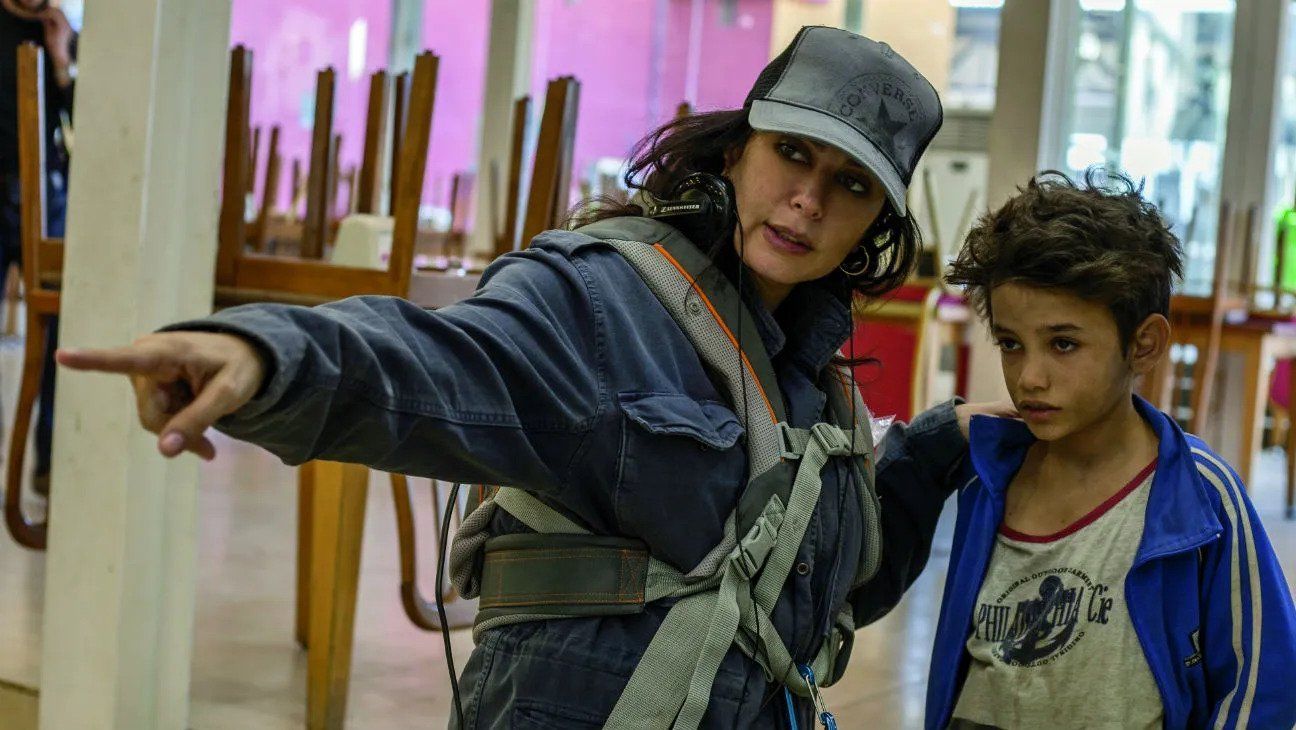 Nadine Labaki points at an object on set.

“The film industry across the world is a (male-dominated) field due to historical events where women’s achievements in film were undermined. Today, categorizing and placing women in certain roles best suited for them is a problem undermining their work,” she told Arab News.

“It’s easier for me to be a writer and director than a producer and cinematographer, for example, because of the false notion by some that ‘women cannot carry cameras,’ boxing women in a category they must follow.” 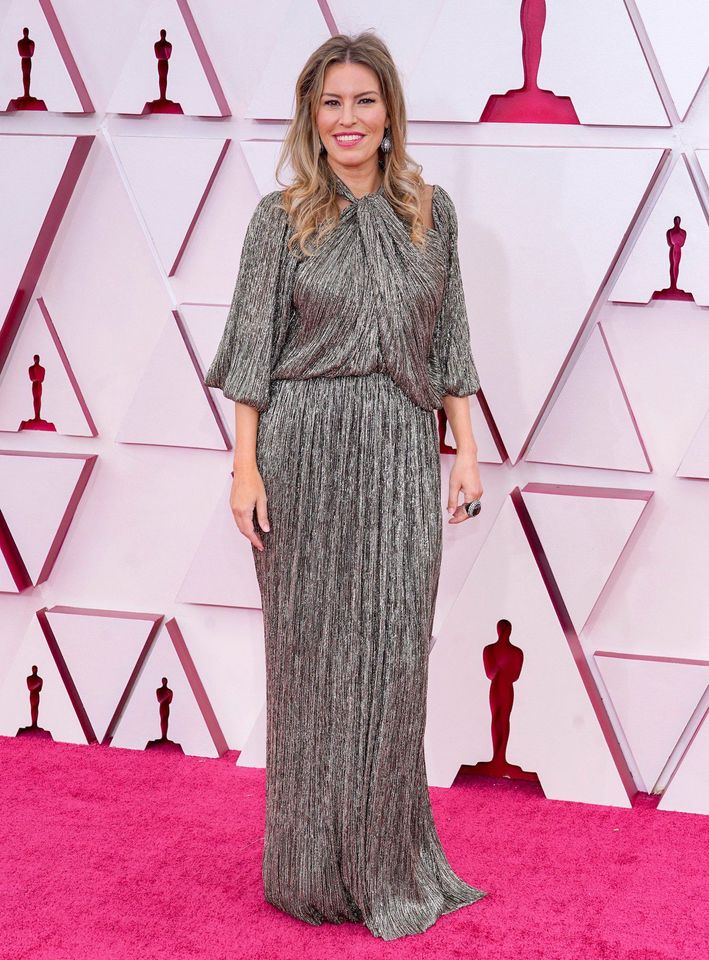 Noting that the Saudi film industry is still in its infancy, she said that being a female director is something that undoubtedly attracts the media’s attention. She too had felt, for a time, that the focus of the attention on her gender and her nationality was greater than on her work.

Mesfer recalled a personal experience at a film festival where Saudi women were the main subject, and most of the comments while she was on stage were about her being a Saudi woman rather than about her film.

“This action itself discriminates, and (the media) isn’t taking us seriously and appreciating the effort put (into the making of) the film,” she said. 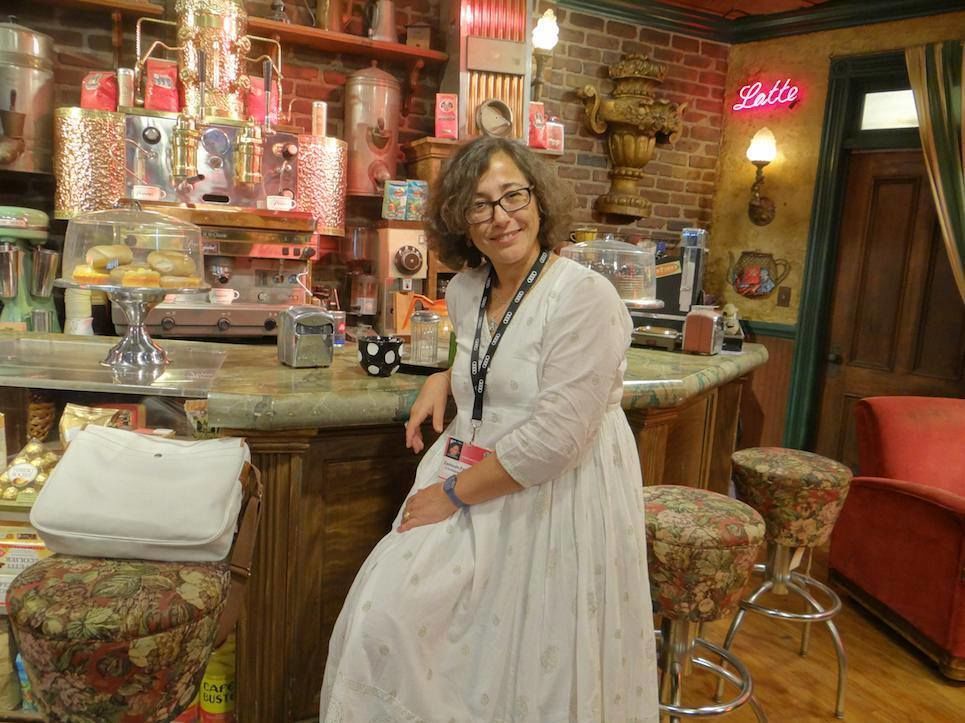 The way in which female filmmakers tell their stories on screen influences audiences and critics across the Arab world. Many believe the progress Arab women have made in the industry is neither the beginning of a female-dominated Arab film industry, nor the end of male-dominated one.

Summing up her experience as a female Arab filmmaker, Mesfer said: “Storytelling is a big wild field. There’s no one way of telling it, and it’s different from one person to another.

“It’s where you find yourself as a filmmaker, how comfortable you are in telling the story, and most importantly, adding your own touch, because everyone is a storyteller in their own way.”