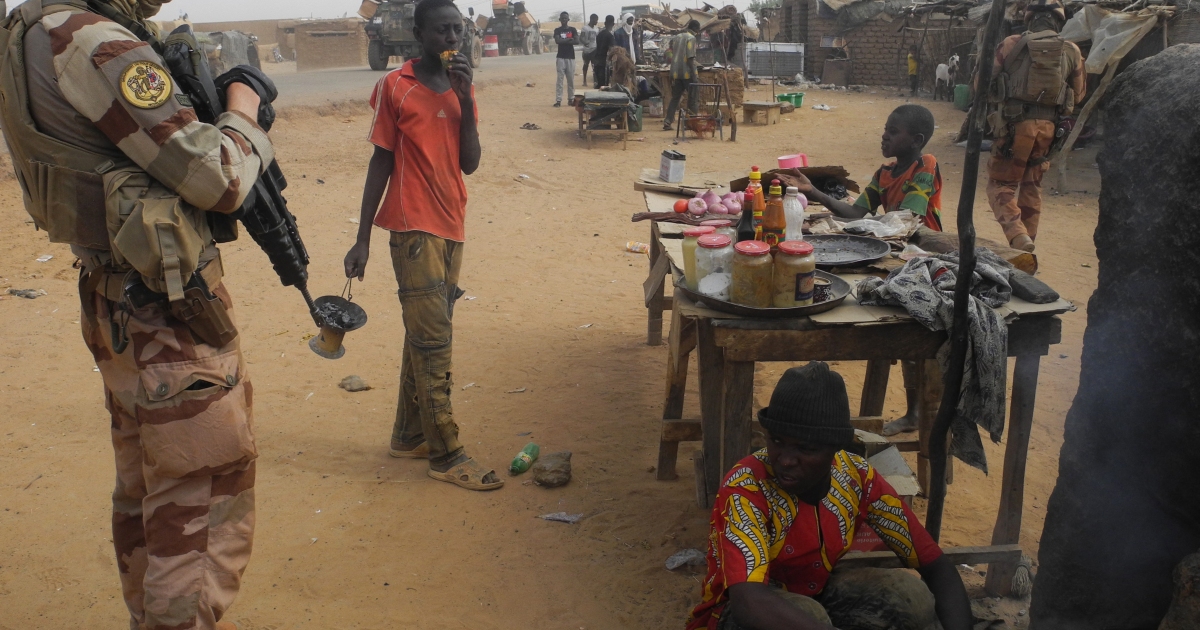 ISIL-affiliate gains ground in the Sahel as massacres mount

The number of civilians killed in the central Sahel in attacks attributed to rebel groups has almost doubled since 2020, a coalition of West African NGOs said in a report released on Thursday.

ISIL-affiliated fighters, whose power was once thought to be waning in the Sahel, have expanded their reach recently, marking their presence with an unprecedented series of attacks on civilians.

Six months ago, the Islamic State in the Greater Sahara (ISGS) appeared to be in a weakened position after losing several leaders, including its founder, Adnan Abu Walid al-Sahrawi.

He was killed in Mali in August 2021 by France’s Barkhane force, which has thousands of troops deployed to combat armed groups across the Sahel – the semi-arid strip on the southern edge of the Sahara Desert – and included forces from five countries: Burkina Faso, Chad, Mali, Mauritania and Niger.

In January 2020, France designated ISGS as its chief target in the immense and remote “three borders” area where Mali, Burkina Faso and Niger meet.

President Emmanuel Macron even declared in February 2021 that ISGS “had lost its grip”, and groups fighting under the rival al-Qaeda banner were said to have gained the upper hand, at least in Mali.

But, ISGS is very far from being vanquished, said Souley Oumaroum, an expert with the Forum for Responsible Citizenship non-governmental organisation.

“At a time when we thought we had got rid of the ‘terrorists’, they were reorganising,” said Oumaroum, who is also an adviser to the former president of Niger, Mahamadou Issoufou.

France and its allies did eliminate key ISGS leaders but mid-ranking commanders remained in place and took over recruitment, said Mathieu Pellerin, a French researcher specialising in the region.

An elected Malian official, speaking on condition of anonymity for security reasons, said that ISGS is now expanding from Gourma in Mali to the Mali-Niger border, and to Oudalan province in northern Burkina Faso.

This month alone, ISGS seems to have carried out operations in an area spanning hundreds of kilometres.

The group has fought Malian soldiers and pro-government armed forces in Anderamboukane near Mali’s border with Niger and reputedly slaughtered 86 civilians in northern Burkina Faso. The group did not claim that attack in the Burkinabe village of Seytenga, but the incident bore the group’s hallmarks.

ISGS fighters also clashed this month with al-Qaeda forces in Tessit, in Mali’s central region of Gao, some 370 kilometres (230 miles) west of Anderamboukane, according to local sources.

“The group is able to operate on all three fronts simultaneously,” Pellerin said.

The number of civilians killed in the central Sahel in attacks attributed to rebel groups has almost doubled since 2020, a coalition of West African NGOs said in a report released on Thursday.

“Never in the Sahel has there been such a succession of massacres of civilians,” a United Nations official told AFP on condition of anonymity.

The strategic landscape has changed since 2021, with France and its allies no longer at the forefront of the fight in Mali.

French forces, which have provided invaluable air support and intelligence-gathering, are in the process of leaving their last base in Mali and reorganising their Sahel operation.

Relations between Bamako and Paris soured after the Malian military government refused to set an early date for restoring civilian rule and brought in “military instructors” that France and its allies said were mercenaries from the pro-Kremlin Wagner group.

UN Secretary-General Antonio Guterres said in a recent report that the French withdrawal from Mali was “likely to create a vacuum in some areas that risks being exploited by terrorist armed groups”.

The withdrawal and deteriorating security in the three borders area “will have consequences for the protection of civilians”, he warned in a letter to the Security Council.

The Seytenga attack in Burkina Faso is just the latest in a string of massacres – mostly unclaimed – in the three borders area since last year.

In Mali, about 100 people were killed in March in Tamalat and approximately 50 died in Ouatagouna in August 2021.

Last month, President Mohamed Bazoum of Niger described his country’s border with Mali as being “under the control” of ISGS.

ISGS has punished villagers it accuses of collaborating with its enemies.

The group has also now “extended its definition of apostasy to almost anyone who disagrees with it”, said Ibrahim Yahya Ibrahim of the International Crisis Group (ICG) think-tank.