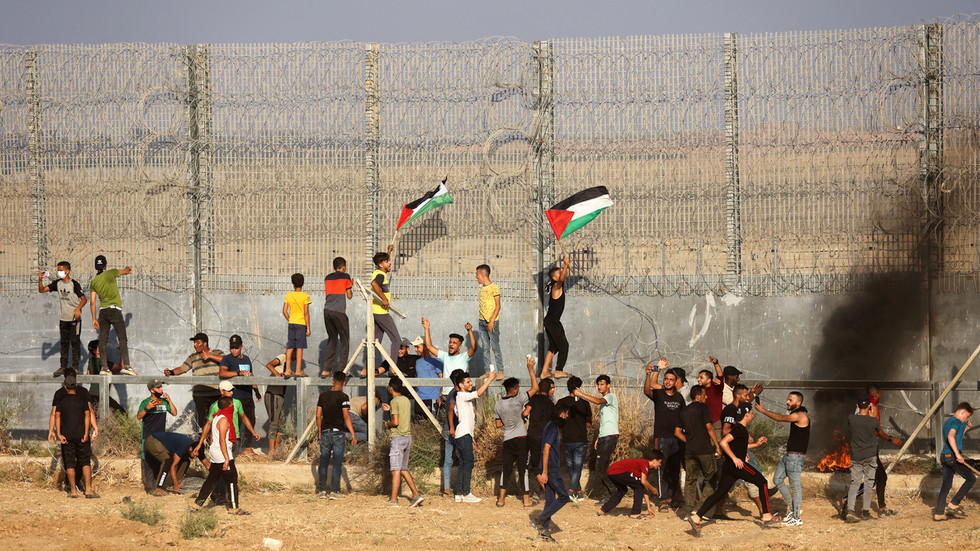 Israel has permitted more commercial goods to enter Gaza after hundreds of Palestinians demonstrated and called for Tel Aviv to end its devastating blockade on the area.
The Israeli government further relaxed the flow of vehicles and commercial goods, as well as equipment for civilian projects, into the Gaza enclave on Thursday after the Coordinator of Government Activities in the Territories (COGAT) decided late Wednesday to ease measures.

Any further relaxation of restrictions, however, would be “contingent upon continued preservation of security stability for the long term,” according to a statement from COGAT. Further measures could potentially be expanded “in accordance with situational assessments.”

Alongside the limited easing of restrictions, an additional 1,000 Gazan workers will also be able to enter Israel, on the condition that they have been vaccinated against Covid-19 or if they have recently recovered from the disease.

Hundreds of Palestinians demonstrated near the Israeli border on Wednesday imploring for an end to the heavy embargoes. A similar protest on Saturday erupted into clashes between demonstrators and the Israeli military, resulting in more than 40 Palestinians injured and one killed. One Israeli soldier is in a critical condition from a gunshot wound.

Two weeks ago, the Jewish state allowed imports of some humanitarian infrastructure, such as sewage and water, into Gaza and renewed the entry permits for a thousand Palestinian merchants and 350 businessmen in the first such move in around 18 months.

Israel and Egypt imposed a land, sea and air blockade on Gaza in 2007 after Hamas took control of the strip, which Tel Aviv claims is necessary to prevent the group from receiving arms supplies. The heavy restrictions have caused serious shortages of food, fuel and other resources in Gaza. Unemployment in the enclave stands extremely high at almost 50% in the region, while the poverty rate is 56%.
#covid 19  #covid
Add Comment