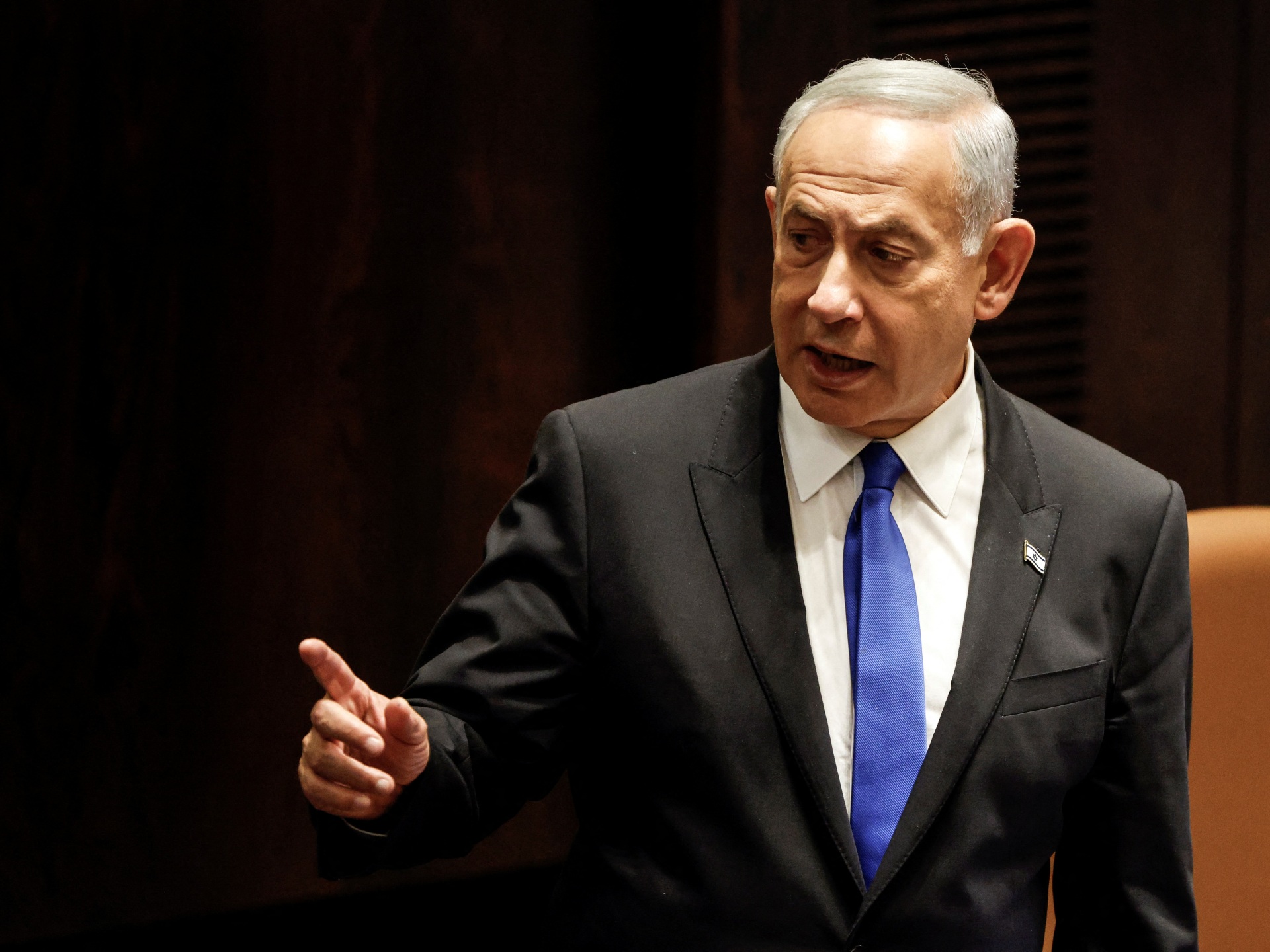 PA rejects Israeli measures, which include a moratorium on Palestinian construction in parts of the occupied West Bank.

Israel’s right-wing government says it has approved a series of punitive measures in response to a Palestinian bid to push the International Court of Justice to give its opinion on the decades-old occupation.

The measures announced by Prime Minister Benjamin Netanyahu’s right-wing security cabinet on Friday include using Palestinian money to compensate the families of Israeli settlers and soldiers who were attacked by Palestinians, and imposing a moratorium on Palestinian construction in some areas of the Israeli-occupied West Bank.

Netanyahu’s office said the measures were a “response to the Palestinian Authority’s decision to wage political and legal war against the State of Israel”.

In a tweet, Itamar Ben Gvir, the far-right security minister, said he hopes that more measures will be taken “against those who support terrorism and try to put pressure on Israel”.

Israel, which collects tax money on behalf of the PA, would use 139 million shekels ($39m) from PA funds to compensate victims of Palestinian armed attacks and would also offset the stipends the PA pays to Palestinians who carried out attacks and their families, said Netanyahu’s office.

The moratorium on Palestinian building, it said, would apply to a part of the West Bank called Area C, which accounts for 60 percent of the occupied territory and is under full Israeli control.

The PA’s foreign ministry denounced the measures as a reflection of the Israeli government’s “racist colonial programme” against Palestinians, as well as a “flagrant violation” of Israel’s obligations as an occupying power.

“These decisions are condemned and rejected both in relation to money and other measures they are planning,” said Nabil Abu Rudeineh, spokesman for PA President Mahmoud Abbas.

“[Israel] is going to deny benefits to the senior members of the Palestinian Authority, who are leading the political and legal war against Israel,” he said.

“This means that they are going to make it much more difficult for them to actually leave the occupied West Bank to travel abroad to make it to international meetings.”

“These are tough sanctions but we have seen them before. The fact that there is a far-right Israeli government means these sanctions are likely to remain in place for quite a while,” Khan said.

Last week, following an appeal by the Palestinians, the UN General Assembly asked the International Court of Justice to give an opinion on the legal consequences of Israel’s 55-year-old occupation of Palestinian territories.

Israel captured the West Bank, Gaza and East Jerusalem in the 1967 Middle East war. It withdrew from Gaza in 2005 but, along with neighbouring Egypt, controls the enclave’s borders. The Palestinian Authority has had limited self-rule in the occupied West Bank under the 1993 interim Oslo Accords.

The World Court is the top UN court dealing with disputes between states. Its rulings are binding, though it has no power to enforce them.