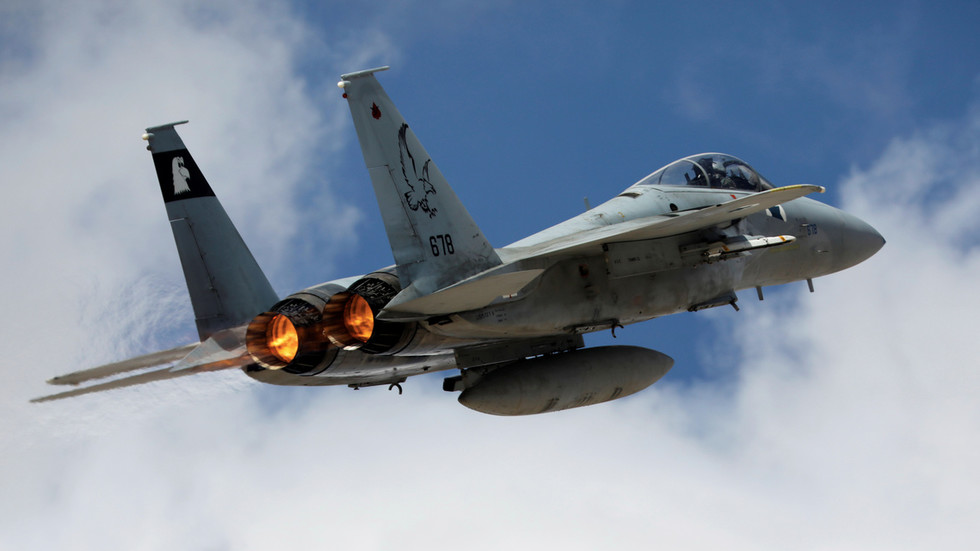 Israel’s military is preparing a possible strike against Iran, the country’s media has reported citing defense and diplomatic sources. Tel Aviv has already notified the US of its plans, facing “no veto” on such preparations.
Israel’s Defense Minister Benny Gantz told US Defense Secretary Lloyd Austin about preparations for a potential military strike against the country’s arch-nemesis Iran during his visits to the US, multiple Israeli outlets reported Saturday. Gantz met top US officials, including Lloyd and the Secretary of State Antony Blinken, on Thursday.

“Defense minister told Americans that he had instructed the military to prepare for military option,” a senior security source said, as quoted by Israel’s Army Radio.

The same source claimed that that while Tehran was “close to producing enough fissile material for a single nuclear bomb,” it would not push through the “threshold” because it understands the gravity of such a step. While Israel has repeatedly accused Iran of seeking to obtain nuclear weaponry, Tehran has consistently rejected such allegations, maintaining that its nuclear program served solely civilian purposes.

A separate diplomatic source told Israeli media that the announcement did not meet any objections from the American officials.

“There was no veto,” the source said as quoted by the Jerusalem Post.

During his US visit, Gantz expressed hopes to deepen “dialogue and cooperation” with Washington when it comes to Iran, as well as to enhance the “joint military readiness to face Iran and to stop its regional aggression and nuclear aspirations.” While Austin appeared to be less warlike, he said Washington was concerned about Iran’s failure to show constructive diplomatic engagement warning the US Joe Biden was “prepared to turn to other options” in dealing with Tehran.

Shortly after the Lloyd-Gantz meeting concluded, the White House press secretary Jen Psaki doubled down on the US readiness to explore other “options.”

“Given the ongoing advances in Iran's nuclear program, the president has asked his team to be prepared in the event that diplomacy fails, and we must turn to other options, and that requires preparations,” Psaki said. She said the “options” might include “additional measures to further restrict Iran's revenue-producing sectors,” yet avoided explicit mention of military options.

The hostile rhetoric comes amid the recently-resumed Vienna talks, designed to revive the landmark 2015 Iranian nuclear deal, officially known as the Joint Comprehensive Plan of Action (JCPA). The negotiations, however, have not gone any further, with Tehran continuing to demand that Washington lifts its “oppressive” sanctions in full.

The JCPA agreement effectively fell apart after then-US President Donald Trump unilaterally walked away from it back in 2018, accusing Tehran of somehow violating the “spirit” of the deal. Since then, Washington re-imposed old and introduced new sanctions on Tehran, while the latter gradually suspended its JCPOA obligations, ramping up uranium enrichment and expanding its nuclear program.
#Donald Trump  #Joe Biden
Add Comment