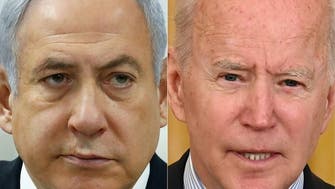 Israel, US meet to smooth relations under new government

Israel and the US sought to smooth relations between their countries Wednesday in the allies' first meeting since Israel's new ultranationalist government, its most right-wing ever, assumed power.
Israel's ceremonial president, Isaac Herzog, hosted National Security Adviser Jake Sullivan in Jerusalem a day ahead of Sullivan's expected meeting with Prime Minister Benjamin Netanyahu. Hovering over all of the discussions were the new government's policy changes that directly conflict with President Joe Biden's efforts to improve the lives of Palestinians and hold back Jewish settlement construction in the occupied West Bank.

Netanyahu's new government, made up of ultranationalists and ultra-Orthodox parties, poses a big quandary for the Biden administration and has laid bare the deep divisions between the US and its top Mideast ally as both countries grapple with the Russian invasion of Ukraine and the threat of Israel's archrival Iran.

“You are coming at the right time, as we meet so many challenges together,” Herzog said, addressing Sullivan, who noted that Biden wants to visit Israel again after his first trip as president last summer.

Beneath the niceties lay delicate dynamics, with the agendas of the two nations diverging in important respects.

Netanyahu's coalition government has riled US diplomats from its first days in power with a visit to a Jerusalem holy site by an extremist Cabinet minister and raised concern about expansions of Jewish settlement construction on land claimed by the Palestinians. Netanyahu's Cabinet also is pursuing sweeping changes to Israel's judicial system, drawing fierce criticism from many Israelis. Tens of thousands protested the proposed overhaul last weekend.

Israeli leaders this week meeting with Sullivan and a US Senate delegation have sought to focus on what Netanyahu called, “the potential for tightening cooperation” on Israeli-Arab accords and Iran policy.

But the new government's early moves have vexed Biden's national security team as it seeks to shift attention away from the Middle East and toward rivals like China and Russia.

Israel's careful effort to avoid antagonizing Moscow shadowed the meetings Wednesday as the military confirmed that American equipment stored in Israel had been transferred a few weeks ago, without saying where it had been sent. The statement followed a New York Times report that the US sent the munitions to Ukraine for use in the war against Russia.

The report was a counterpoint to Israel's balance on the Russian invasion. Netanyahu has built a rapport with Russian President Vladimir Putin, and Israel has been keen to stay largely on the sidelines of the war so as not to damage its strategic relationship with the Kremlin. Russia has troops stationed in Syria, a frequent target of Israeli airstrikes.

Israel has sent humanitarian aid to Ukraine but it has refused Kyiv’s frequent requests to send air defense systems and other military equipment. It also has refrained from enforcing strict economic sanctions on Russia and the many Russian-Jewish oligarchs who have second homes in Israel.

But with news of Moscow’s deepening ties with Tehran, pressure is growing on Israel to back Ukraine in the grinding war.
#Joe Biden
Add Comment