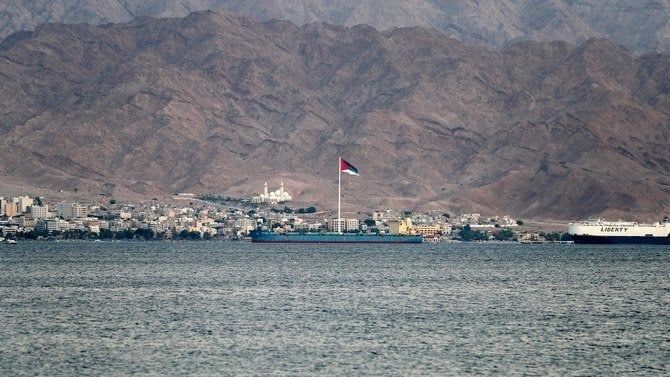 Jordan has signed a soft loan agreement with a European lender to help finance a mega $2.5 billion water-carrier project amid persistent shortages made worse by climate breakdown.
The government agreed to the $213 million loan with the European Investment Bank, which will go towards a total $352 million state contribution to the National Water Carrier Project (Aqaba-Amman Water Desalination and Transport Project).

The EIB loan has coincided with reports that Israel was intending to supply desalinated water to the West Bank, Gaza, and Jordan.

An Israeli radio station recently said that the country’s water authority and Mekorot company would begin pumping desalinated water from the Mediterranean Sea, alongside groundwater, to Lake Tiberias through a newly established pipeline.

The report quoted an official as saying that “Israel would be able to solve its water issues for the next 30 years, including providing Jordan, the West Bank, and Gaza with this resource.”

A Jordanian official said that the kingdom had “received nothing official from Israel on that.”

The source, who requested anonymity, said: “Israel usually pumps water into Jordan, under the peace deal, from Lake Tiberias and there is nothing special in that. But it would probably be the first time if Israel sends desalinated water from the Mediterranean.”

Described as the “largest infrastructure project” in Jordan’s history, the National Water Carrier Project will provide about 300 million cubic meters of desalinated water annually, conveyed from the port city of Aqaba on the Red Sea northward to the densely populated capital Amman and other cities.

Amman is described as one of the fastest growing cities in the world, with a rapidly increasing population due to refugee influx from crisis-hit neighboring countries.

According to official figures, the population of Amman has increased from 200,000 to four million over the past 50 years due to the refugee influx from Palestine, Lebanon, Iraq and Syria between 1948 to 2013.

But official figures said that around 1.3 million Syrian refugees live in the resource-poor Jordan with the majority of them living outside the refugee camps.

The government has said that the “dramatic rise in the population growth rate and the impact of the refugee crisis has worsened Jordan’s water woes and placed it below the water poverty line.

Jordan said that the National Water Carrier Project would be based on the “build-operate-transfer system, “and would be ready by 2027.

The project, according to the Ministry of Water, will consist of a seawater withdrawal system, desalination plant based on the southern shore of Aqaba, pumping stations and tanks, and a 450km pipeline.

Jordan is classified as the world’s second-most water-scarce country. The total population in Jordan was estimated at 11.1 million people in 2021 with a growth rate of 1.23 percent, according to official figures.

In October last year, Jordan announced that it had bought an additional 50 million cubic meters of water from Israel outside the framework of the 1994 peace agreement and what it stipulates in water quantities.

Under the 1994 Wadi Araba Peace Treaty, Israel is committed to providing Jordan with 55 million cubic meters of water a year.

In November last year, Jordan, Israel and the UAE signed a declaration of intent to begin deliberations over the feasibility of an energy-for-water project.

The Jordanian government, which faced criticism at home from the parliament, political parties and other civic forces for signing the deal, said that Jordan is to receive 200 million cubic meters of water annually under the project.

International media have reported that a massive solar-energy farm will be built in the Jordanian desert as part of a project to generate clean energy that would be sold to Israel in return for desalinated water.

The EIB loan fell within the European lender’s commitment during a donor conference in March this year, a government statement said, where a total of $1.83 billion was pledged in grants and loans.
Add Comment