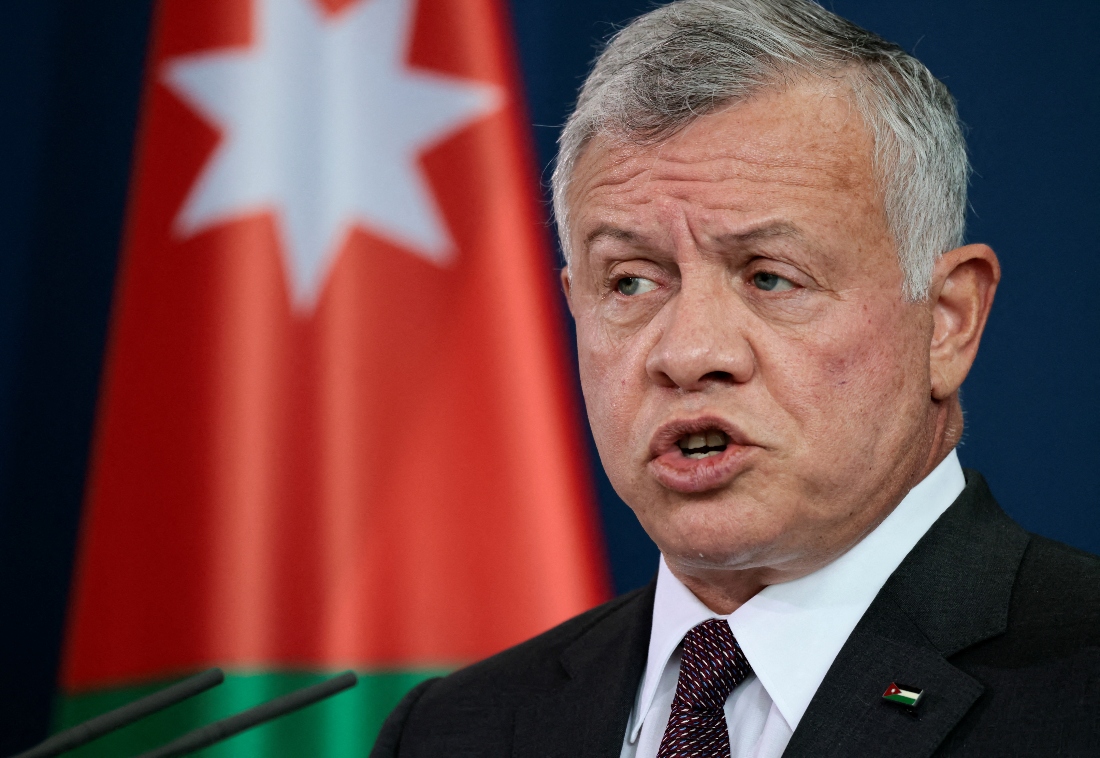 King Abdullah II protested on Sunday what he described as regular attacks occurring near Jordan’s borders by “militias linked to Iran”, in an interview with Al-Rai newspaper.
King Abdullah called for “a change of behavior by Iran” and said that Jordan “does not want tensions in the region.” The remarks by Jordan’s King refer to incidents of deadly clashes with drug smugglers on the frontier with Syria.

“Jordan, like the rest of the Arab countries, seeks good relations with Iran, with mutual respect, good neighbourliness, respect for the sovereignty of other states and non-interference in their affairs,” the king said in the interview, published on the state news agency Petra.

“Our security agencies are alert, professional, and dedicated; and Jordan is capable of thwarting any threat on its borders,” the king continued.

King Abdullah II reassured the public that Jordan continues to coordinate with other countries in order to counter this threat, which is both a regional and global issue.

He added that the ramifications stemming out of the Syrian crisis are many and disastrous and will need a strategic approach.

“Resolving it requires reaching a comprehensive political solution that addresses all its implications, ends the suffering of the Syrian people, creates the conditions to allow for the voluntary return of refugees, and restores security and stability in Syria,” explained King Abdullah II.

The Jordanian army conducts regular anti-smuggling operations on the border with Syria, where Iran-backed fighters support the Damascus regime in a civil war that erupted in 2011.

On January 27, Amman said its forces killed 27 drug traffickers supported by armed groups, seizing a large quantity of drugs. An officer and a border guard were killed in a similar clash earlier the same month.

According to organizations which monitor drug trafficking, the increasingly popular amphetamine-style stimulant captagon is produced in government-controlled areas of Syria and marketed almost exclusively in the Middle East.

King Abudllah II touched on topics such as Jordan’s handling of the COVID-19 pandemic, the conflict between Russia and Ukraine, the country’s overall economy and the Palestinian cause.

He also congratulated Saudi Arabia on the Jeddah Summit during his interview because it “reflected the centrality of the Palestinian cause as a priority, and the level of coordination among Arab countries.”
#COVID-19  #Covid
Add Comment