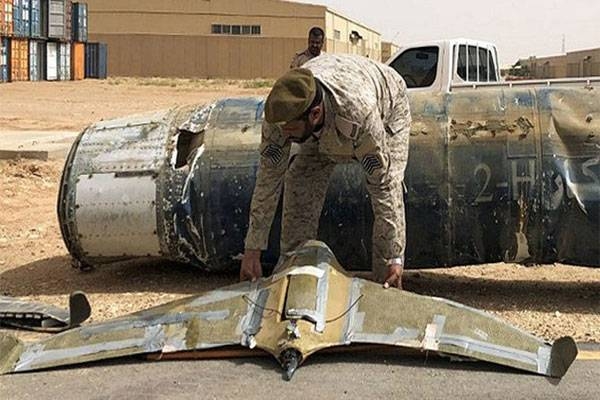 Kuwait and Bahrain on Friday expressed its strong condemnation and denunciation of the continued attempts by the Houthi militia to threaten the security of Saudi Arabia by targeting Abha airport with a bomb-laden drone, in addition to targeting Khamis Mushait with two bomb-laden drones and a ballistic missile.
In a statement reported by Kuwait News Agency (KUNA), the Kuwaiti Foreign Ministry affirmed that the continuation of aggressive behavior targeting civilians, civilian areas and the security of the Kingdom as well as the stability of the region, constitute a flagrant violation of the international humanitarian law. They also require the international community to take immediate and decisive steps to deter these threats and hold the perpetrators accountable.

The ministry reiterated the State of Kuwait's full support for Saudi Arabia in all measures it takes to preserve its security and stability.

The Bahraini Ministry of Foreign Affairs has strongly condemned the terrorist Houthi militia’s launch of a ballistic missile and two bomb laden drones towards Khamis Mushait in a cowardly terrorist act that violates international law. It stressed Manama’s support for the Kingdom in all the measures it takes to maintain its security, stability, and safety of citizens and expatriate.

The Bahraini Ministry praised the efficiency and vigilance of the Saudi defense forces and their ability to confront these repeated attacks, calling on the international community to take deterrent measures in order to confront these heinous terrorist acts aimed at destabilizing the security and stability of the region.

Coalition forces successfully intercepted a ballistic missile and bomb-laden drones launched by the Houthi militia toward Khamis Mushait on Thursday.

Glasses of some facades were damaged as the debris from the destroyed drone flew into the building. Drone launching facility located in northwestern Saada governorate of Yemen was destroyed by the coalition forces, according to a statement.
Add Comment