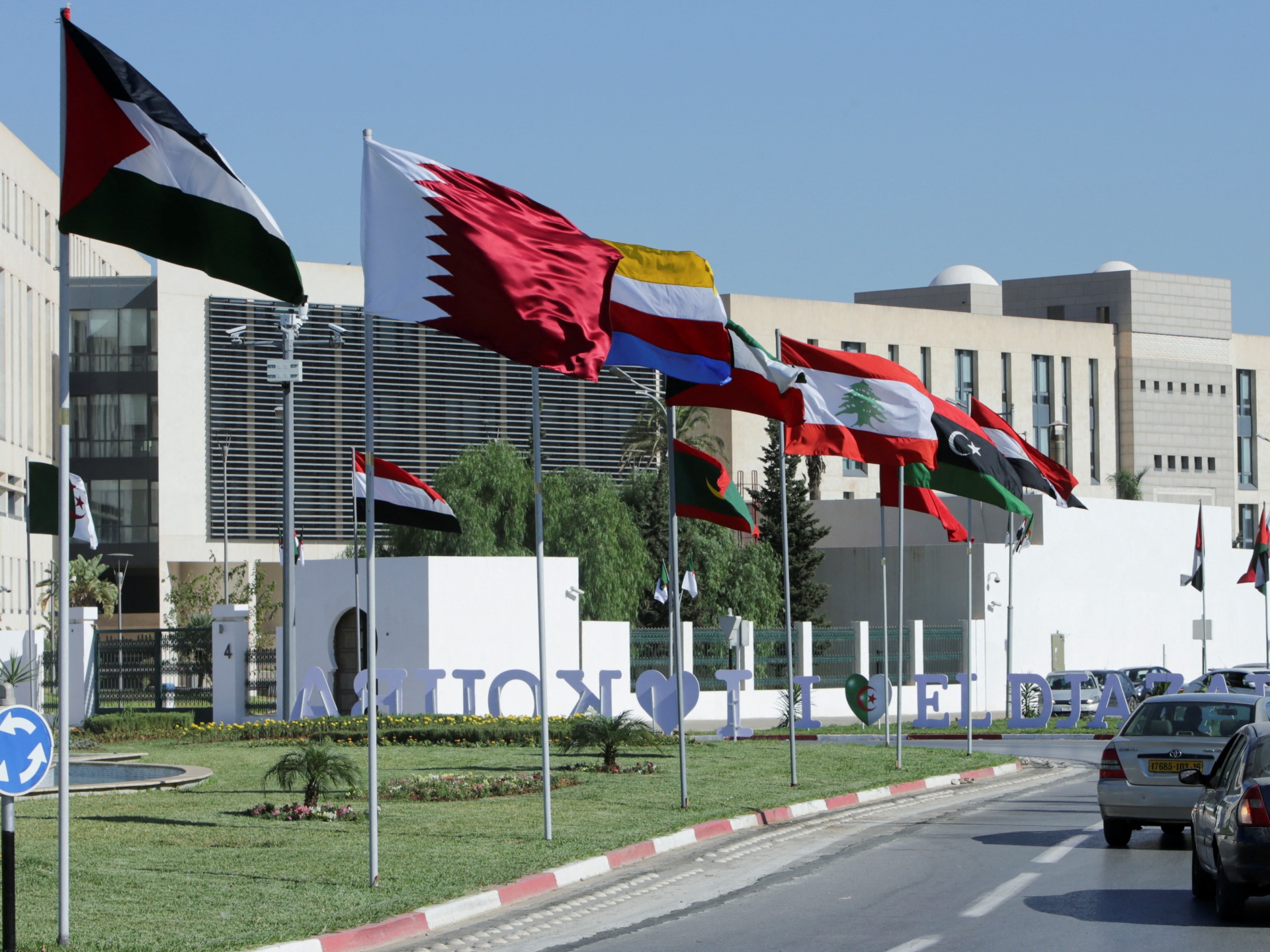 The first Arab League summit since the outbreak of the COVID-19 pandemic is set to begin in Algeria, but political divisions continue to rankle among the regional organisation’s members.

Arab states are split over issues ranging from support for the Palestinian cause, the regional roles of Iran and Turkey and the rehabilitation of Syria’s President Bashar al-Assad, while Algeria’s own bitter feud with Morocco continues to fester.

In Algeria, largely absent from Arab affairs for several years following the 2019 mass protests that led to the ousting of President Abdelaziz Bouteflika, the meeting has been portrayed as a mark of its return to front-line diplomacy.

“The summit shows that Algeria is back in international affairs after years of isolation due to Bouteflika’s illness, the protest movement, COVID-19 and the financial crisis,” a former Algerian government minister and the ambassador said.

Last month Algiers convened Palestinian factions in an effort to end years of internal discord, and President Abdelmadjid Tebboune has in recent months hosted the leaders of France and Italy.

However, Algeria failed earlier this year to persuade other Arab states to end Syria’s suspension from membership of the League imposed in late 2011 over al-Assad’s crackdown on protesters as an uprising spilled into civil war. Damascus said in September it would not attend to avoid “causing dispute”.

Saudi Arabia’s Crown Prince Mohammed bin Salman and the United Arab Emirates leader Mohammed bin Zayed have both confirmed they are not coming to Algiers, as has Morocco’s King Mohammed VI.

The presidents of Egypt and Tunisia and the monarchs of Kuwait and Qatar are among about two-thirds of leaders whom the Arab League has said will attend.

Central areas of Algiers, and the highway to the recently built conference centre on the coast where the summit will take place, have been replanted with trees and decked out in Arab flags. Models of Arab architecture adorn a central square.

However, there seemed little expectation on the streets of Algiers that the summit would bring advances.

“I’m not sure this summit will improve our living conditions. We should focus on domestic affairs,” said Hmida Salmi, a 38-year-old taxi driver.

Arab countries remain split over the aftermath of the 2011 Arab Spring uprisings, including conflicts that persist in Syria, Yemen and Libya that variously pulled in other Arab states as well as regional powers such as Turkey and Iran.

Since the last Arab summit three years ago, the United Arab Emirates, Bahrain, Morocco and Sudan have also moved to normalise ties with Israel – a move regarded as a betrayal by many Palestinians.

Palestinian officials and some other Arab states including Algeria have criticised the so-called “Abraham accords” for not including any concrete moves towards Palestinian statehood.

For Gulf states, warmer ties with Israel reflected years of changing political priorities, including their overarching concerns about the regional role of Iran, a foe they share with Israel.

In Algeria, the focus has been on its main regional rival Morocco, which in late 2020 agreed to warmer ties with Israel as part of a deal in which the United States recognised Rabat’s sovereignty over Western Sahara.

Algeria backs the Polisario Front independence movement for the disputed territory, which also announced in 2020 the resumption of its armed struggle against Morocco.

Relations between Algeria and Morocco have since sharply deteriorated, with Algiers suspending diplomatic relations between the two countries, not renewing a gas supply deal and closing its airspace to Moroccan planes.