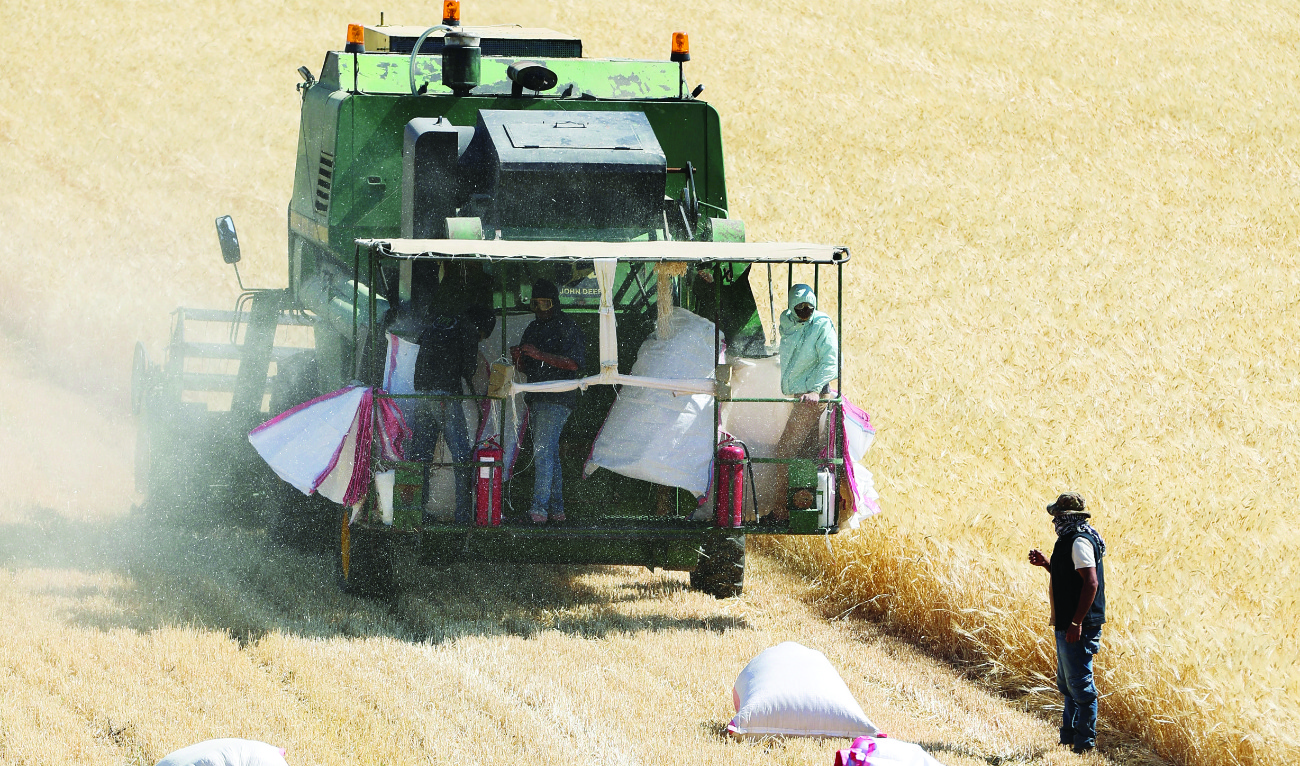 Lebanon committed to reform in exchange for a viable program

Lebanese President Michel Aoun stressed on Monday that Lebanon is “committed to carrying out the required reforms,” but said the country “needs the IMF’s program within the limits of its applicability in Lebanon.”
Aoun’s stance coincided with a warning by caretaker Prime Minister Najib Mikati for “the international community to cooperate with Lebanon to secure the return of Syrian refugees to their country, or else Lebanon will work to get Syrians out through legal means and the firm application of Lebanese law.”

Aoun met with the newly appointed representative of the International Monetary Fund in Beirut, Federico Lima, who called for a speedy adoption of reforms, including capital controls, banking secrecy and other measures related to restructuring the financial sector.

In April, Lebanon and the IMF signed a staff-level agreement, a mutual declaration of intent between the IMF mission and the Lebanese negotiating delegation. However, before the signing, Lebanon needs to meet all the conditions set by the IMF.

Lebanon is politically divided over the adoption of the required reforms, particularly the economic recovery plan, the establishment of the independence of the judiciary and the development of a credible plan for the electricity sector, keeping the sector away from brokerage and quotas, distribution and service projects.

The country has failed to implement the IMF’s terms for the past two years, since the start of talks. Conditions include, for example, the consolidation of the Banque du Liban’s exchange rates, the development of a clear strategy for restructuring public debt in the medium and long term, the development of an agreed strategy for restructuring the banking sector, and an audit of the bank’s budgets, which determine its financial position and its remaining liquidity in foreign currencies, so as to develop transparency.

Meanwhile, the Ministry of Social Affairs on Monday launched an appeal on behalf of the government “to obtain $3.2 billion to address the continuing effects of the Syrian crisis by providing vital assistance to people in need, and supporting the infrastructure of public institutions, services and the local economy in Lebanon.”

Mikati warned during the launch of the Lebanon Crisis Response Plan that “Lebanon has been hosting displaced Syrians now for more than 11 years. As resources are further stretched by the economic crisis, increased support to the displaced and for the Lebanese host communities remains a top priority for the government of Lebanon and its partners.

“We urge you to stand by Lebanon, its people and government, and by the displaced to respond to their urgent needs, and work together to overcome obstacles to their safe return to their homeland,” Mikati told the international community, adding: “Our current situation is radically different from what it was before, because we are now going through one of the most severe economic, financial, social and political crises in the world.

“As a result, about 85 percent of Lebanese now live below the poverty line. About one-third of Lebanon’s population is now displaced and suffering from poverty, which means that 11 years after the start of the Syrian crisis, Lebanon no longer has the capacity to bear all this burden, especially under the current circumstances.

“Lebanon is now counting on you to help us maintain security, economic and social stability,” he added.

“The Lebanon Crisis Response Plan brings together more than 126 partners to assist 3.2 million people in need living in Lebanon. It aims to provide support to 1.5 million Lebanese, 1.5 million displaced Syrians, and more than 209,000 Palestinian refugees,” the Ministry of Social Affairs said, adding that “$9 billion assistance provided through the Lebanon Crisis Response Plan since 2015 has shown tangible results for the host population and displaced persons.”

It added people across Lebanon were falling deeper into poverty due to currency depreciation, high inflation, rising prices and loss of income. Gaps in supply chains including fuel, wheat and electricity continue to impact the operational environment for LCRP partners, while they simultaneously face an increase in pressure from local authorities and communities to provide assistance amidst escalating needs.

Najat Rochdi, humanitarian coordinator for Lebanon, said that “nine out of ten Syrians in Lebanon are living in poverty.”

She pointed out that poverty levels have also risen substantially for Lebanese, migrants and Palestinians. These circumstances are driving families to send children to work instead of enrolling them in schools, skip meals and incur debt.

Canada’s Ambassador to Lebanon Chantal Chastenay, speaking on behalf of donor countries, said: “About $4.1 billion was pledged to Syrian refugees at the Brussels conference.”

She reaffirmed the commitment to a political solution to the Syrian crisis, focusing on the recovery process inside Syria and promising to support host countries, as well as supporting Lebanon to address the long-term displacement through development and funding.
Add Comment