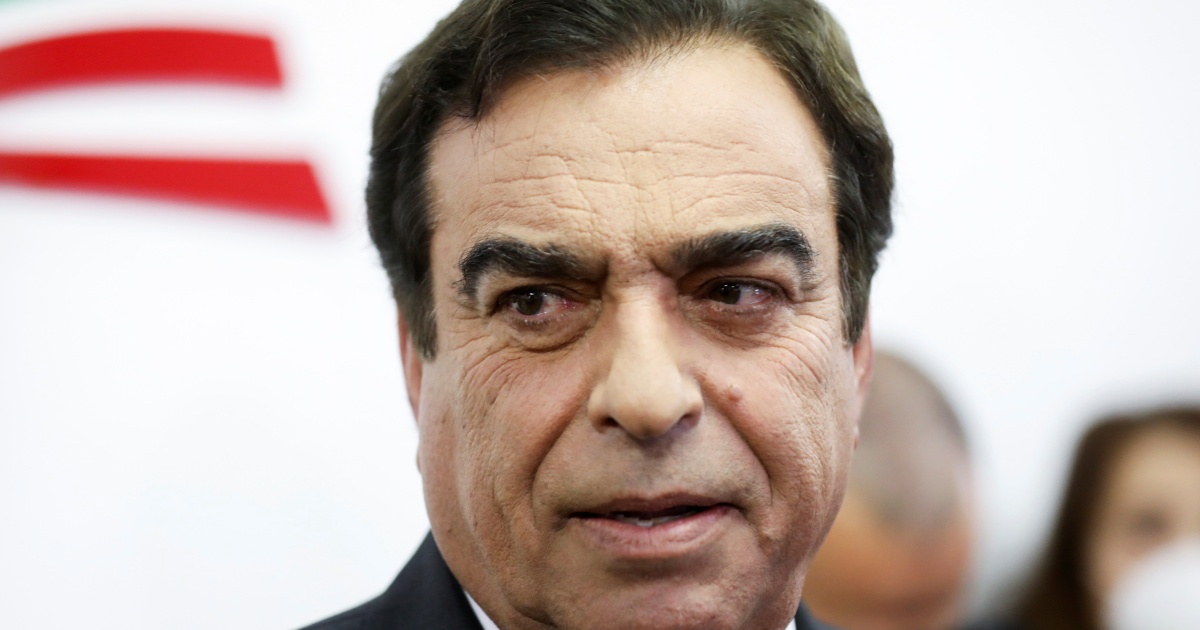 Information minister had caused diplomatic fracas after airing of comments in which he criticised Saudi-led military campaign in Yemen.

Lebanese Information Minister George Kordahi, whose criticism of the Saudi-led military campaign in Yemen against the Houthi rebels sparked a diplomatic crisis, has announced his resignation, as cash-strapped Lebanon tries to resolve the weeks-long dispute.

“I won’t accept being used as a reason to harm Lebanon and our Lebanese brothers in Saudi Arabia and other Gulf countries,” Kordahi said at a news conference on Friday.

Kordahi said Prime Minister Najib Mikati had told him earlier this week that his resignation would be a prerequisite for French President Emmanuel Macron to discuss the diplomatic crisis with Saudi Crown Prince Mohammad Bin Salman in Riyadh and defuse tensions between Lebanon and the kingdom.

Macron on Friday began a Gulf tour that will see him visit Qatar, Saudi Arabia and the United Arab Emirates (UAE).

Kordahi was in office for less than three months, appointed as part of Mikati’s government tasked with steadying Lebanon’s spiralling economic collapse.

In October, videos of an interview he had given a month before his appointment began surfacing online, in which he said the Iran-aligned Houthis are “defending themselves … against an external aggression” in Yemen. Kordahi also said the long-running conflict was “futile” and called for it to end.

Several Gulf countries reacted swiftly to Kordahi’s comments. Saudi Arabia, the UAE, Kuwait and Bahrain recalled their envoys from Beirut, as did Yemen, and banished Lebanese ambassadors. Bahrain and the UAE also called on their citizens to leave Lebanon.

Saudi Arabia, meanwhile, banned all Lebanese imports into the kingdom, further escalating an indefinite ban on all Lebanese produce and agricultural products imposed in April after foiling an attempt to smuggle 5.3 million pills of the illegal amphetamine Captagon that had been hidden in a shipment of pomegranates at Jeddah port.

Industrialists in Lebanon who frequently export to Saudi Arabia told Al Jazeera the move was a further blow to their businesses and urged the Lebanese authorities to resolve the diplomatic dispute.

“I never meant to insult anyone regarding my comments on the war on Yemen,” Kordahi said at the news conference at the information ministry in the capital, Beirut.

The resigned information minister also condemned an “intentional and indiscriminate campaign” against him by several Lebanese political leaders and media outlets which, he said, had skewed his comments. “They portrayed what I said as a crime against Saudi Arabia,” Kordahi said.

The former celebrity presenter had on multiple occasions refused to step down.

Mikati last month had implicitly asked for his resignation. “I call on the minister of information to listen to his conscience, take the position that should be taken and give priority to the national interests,” the prime minister had said in a speech.

But the Iran-backed Hezbollah and Kordahi’s party, the Marada Movement, had backed him. Hezbollah leader Hassan Nasrallah criticised Saudi Arabia for violating Lebanese sovereignty and trying to stir conflict in the country.

Saudi Arabia and other Gulf Cooperation Council (GCC) countries were once key political allies and economic backers of Lebanon. But in recent years, they have become increasingly alarmed by the growing influence of Hezbollah and its allies in the Lebanese government, experts say.

Lebanon, now reeling from an economic crisis that has plunged almost three-quarters of its population into poverty, is hoping to repair relations.

Rabih El-Amine, chairman of the Lebanese Executive Council in Riyadh, told Al Jazeera that Kordahi’s resignation was a “mandatory step” for Lebanon to repair ties with the GCC.

“It should have happened a long time ago,” El-Amine said. “But it’s the first step in a long path.”

French President Macron will try to use Kordahi’s resignation as a “bargaining chip” in Riyadh to ease tensions with Lebanon, political analyst Bachar El-Halabi told Al Jazeera, though he said he is not optimistic that the resignation will dramatically improve ties.

“I don’t think this will really budge the Saudis; they don’t care about Kordahi’s resignation that much,” El-Halabi explains.

“I don’t expect that they will reverse course on all these political decisions, but it probably will prevent further escalation right now.”