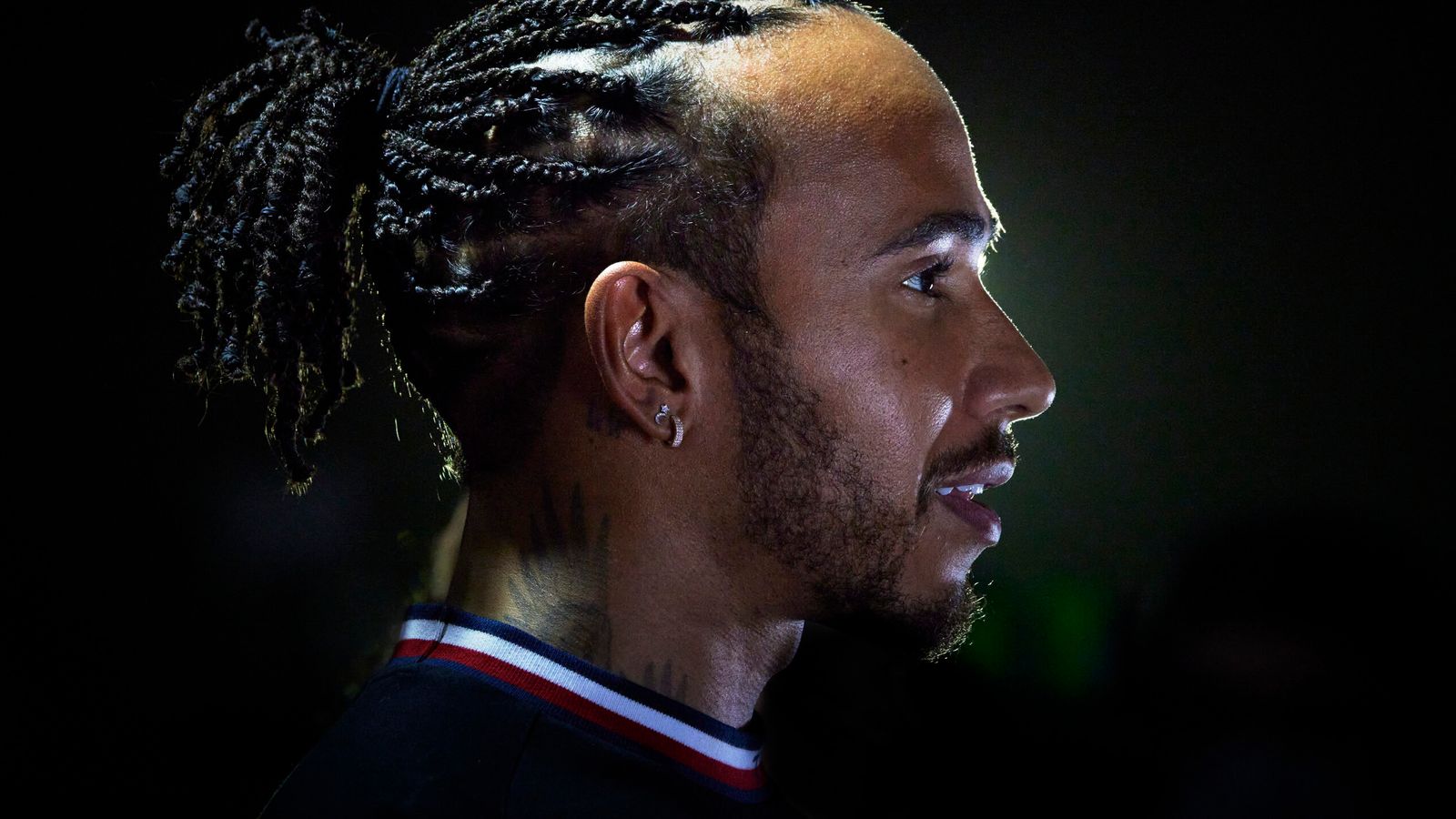 "Do I feel comfortable here? I wouldn't say I do," says Lewis Hamilton as he criticises "terrifying" laws in Saudi Arabia and details human rights concerns ahead of debut race on Jeddah street track; Saudi sports minister insists country is changing and evolving

Lewis Hamilton has opened up on his concerns about Saudi Arabia's human rights record, admitting he does not "feel comfortable" racing in the country and voicing his hope for F1 to "apply pressure" to drive change.

Formula 1 is heading to Saudi Arabia for the first time this weekend, for the penultimate round of a championship Hamilton hopes to snatch from Max Verstappen. Off the track, Hamilton has been striving to raise awareness of important issues in host countries.

Same-sex relationships are illegal in Saudi Arabia - as they are in Qatar, which hosted the previous race - and Hamilton will once again wear a helmet sporting the Progress Pride flag this weekend in support of the LGBTQ+ community.

Speaking in the press conference, Hamilton added: "If anyone wants to take the time to read what the law is for the LGBTQ+ community, it's pretty terrifying. There's changes that need to be made.

"For example women's rights of being able to drive [legally] in 2018, it's how they are policed. Some of the women are still in prison from driving many, many years ago.

"So there's a lot of changes that need to happen and I think our sport needs to do more."

Hamilton: We must apply pressure

Hamilton, who said he received a warm welcome in the country, then spoke passionately about his concerns and beliefs to Sky Sports F1 - while also detailing his hope for "uncomfortable discussions".

"This is not my home and this is not solely my responsibility to change the world, of course," he said. "But I've just to tried to prepare myself in terms of the places we are going, the problems that are there.

"It's a ridiculously complex scenario of culture, religion, beliefs, this regime and rulers, because it's so much different to the world we've grown up in.

"What I truly believe is that everyone should have human rights, freedom of speech, freedom of movement, and there are places where that's not allowed.

"There are places, such as here, [where for] the LGBTQ+ community there's prison time, death penalty, and restrictions from people for being themselves and I don't believe in that.

"We don't choose where we're going, others have chosen for us to be here, but we have to apply the pressure on them to make sure they are doing right by the people in those places, sparking conversation, creating that uncomfortable discussion that is needed in those places."

Hamilton, who will also wear his helmet in support of the LGBTQ+ community at the finale in Abu Dhabi, continued: "Me just changing a helmet is not going to change the world.

"We fully recognise the rights of all individuals to put their point of view and to talk about things," he said.

"I think once people come to Saudi and they'll see Saudi what it really is, they'll change their minds and see that the country is evolving, the country is moving fast towards a developed country for the future, and we want to fix these things. 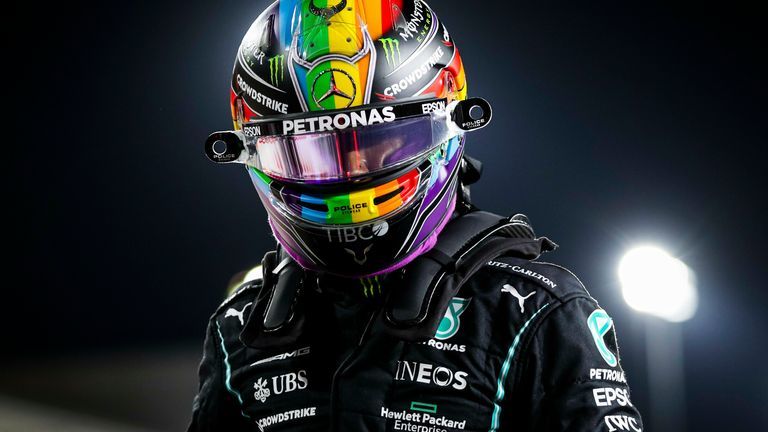 "There are a lot of things we need to take step by step to do the right things, but we also have our culture, we have our history that we also want to preserve. We don't want to lose that."

Speaking to Sky Sports F1 ahead of the Qatar GP two weeks ago, F1 CEO Stefano Domenicali said there was now "no excuse" for hosts of Grands Prix not to improve their human rights records as he explained why the sport should speed up the progress.

"As soon as these countries choose to be under the spotlight that F1 is bringing, there's no excuses," said Domenicali. "They have taken the route of change.

"As always in life you cannot pretend that millennial cultural habits can be changed from day to night. It would be illogical, and not rational.

"But I think that through Formula 1 and sport, they will have the intensity to make sure that the progress will be done in a faster time and in a faster way than it would normally take to do these changes.

"I do believe that in a couple of years that someone will recognise the important role F1 has given to this important change to society."