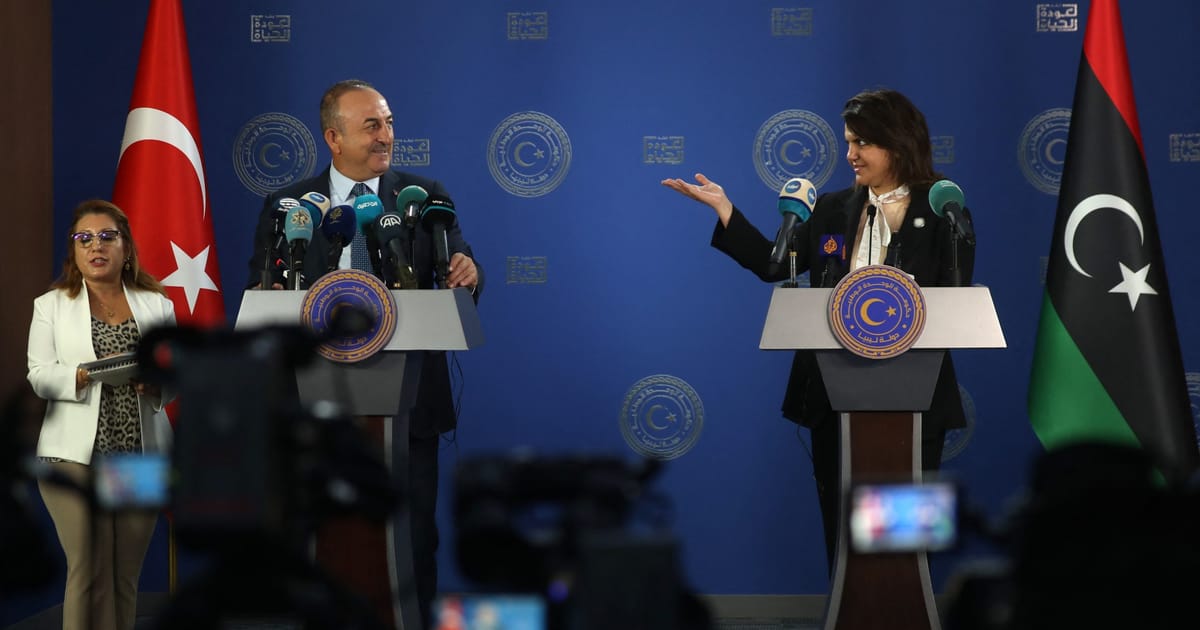 Amid rising tensions, Ankara’s ambassador to Athens warns ‘things can get out of control very quickly.’

Turkey's energy deal with Tripoli this month is ratcheting up the dangers of open conflict between Ankara and Athens.

On October 3, Turkey signed a preliminary agreement with Libya's Tripoli government to explore for oil and gas off the Libyan coast without specifying whether the surveys would take place in waters south of Greece, where Athens says the Turks have no right to be. Greece's Foreign Minister Nikos Dendias accused Turkey of exploiting "the turbulent situation in Libya to further destabilize security in the Mediterranean region and establish a regional hegemony.”

This Ankara-Tripoli pact comes at an especially febrile time, which is only compounded by the fact that Greece, Turkey and Cyprus will hold elections next year, throwing the risks of heightened voter patriotism into the East Mediterranean geopolitical mix over 2023.

Although Greece and Turkey regularly accuse each other of provocations over the Aegean Sea with fighter jets, the rhetoric has now cranked up to alarming levels. Last month, Turkish President Recep Tayyip Erdoğan warned that his forces could "come down suddenly one night." Interpreting this as a direct threat to Greek islands, Dendias warned its allies that they would need to crack down on Ankara or risk another Ukraine crisis.

“People underestimate the potential for conflict and there is a feeling among the U.S. and the EU that we have seen this movie before, and nothing really changes; I don’t know if that’s the case any longer,” said Ryan Gingeras, a professor in the department of National Security Affairs at the Naval Postgraduate School in California.

He said this doesn’t mean that war is imminent or likely, but noted that military confrontation is now more probable.

“The balance of power now is perceived to be in favor of Turkey, more than it was before. Turkey has gone to war multiple times since 2016 and has prevailed. It has demonstrated that it’s able to change political conditions by military interventions on several fronts.”

When it comes to Turkey's election in June, Erdoğan, whose party doesn't have majority support, is aiming to snare some votes from the nationalist Good Party.

“That opportunity can be offered to him either by Greece or by Syria,” said Angelos Syrigos, professor of international law and deputy minister of education. “In legal terms, there's the concept of potential malice. Ankara may not aim to kill anyone, but by its extreme behavior it could lead us to war.”

Greece’s government is also in campaign mode and its image has recently been damaged by a surveillance scandal, in which its snooped on opposition leaders and journalists.

“Elections are notorious for generating overly heated debates and fresh disputes,” Turkish Ambassador to Athens Burak Özügergin told POLITICO. “Next year, with the elections in the region, we may just have a 'perfect storm,' as they say. But it would be anything but perfect if the tension goes above a certain level. We really need to be vigilant, because things can get out of control very quickly.” 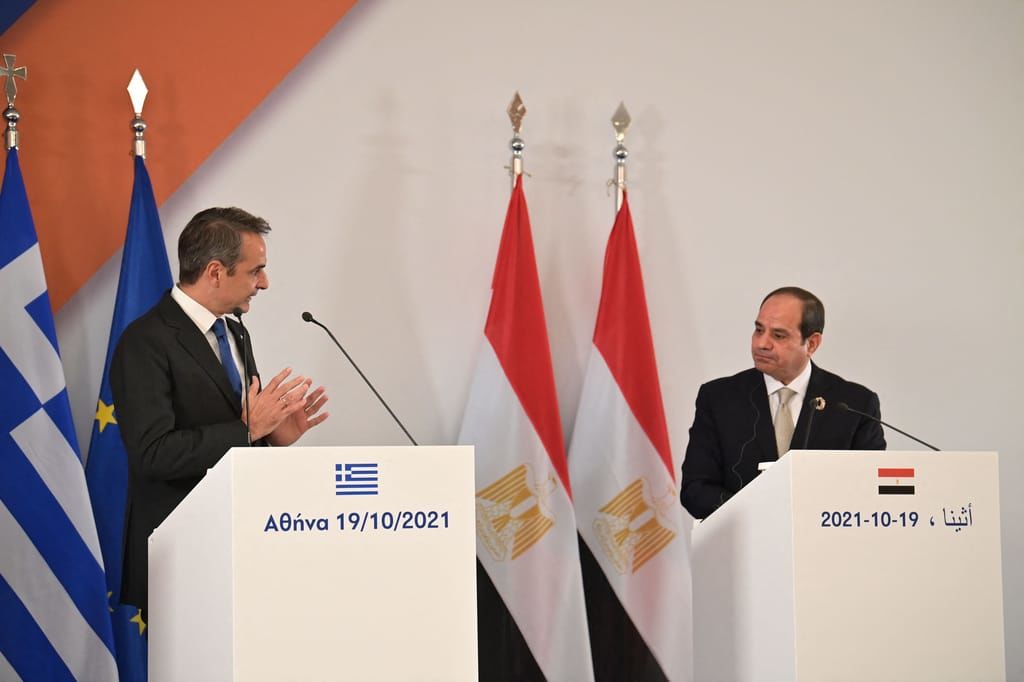 After the deal signed by Turkey with Lybia, Greece and Egypt said they would oppose any activity in disputed areas of the Eastern Mediterranean

The East Med clash over marine boundaries has deep roots.

Athens was caught off guard in November 2019, when Ankara announced it had signed a deal with one of the two rival governments in Libya — the one in Tripoli, not Benghazi — to demarcate new maritime boundaries. The proposed line in this accord between Libya and Turkey runs close to the Greek island of Crete.

That memorandum of understanding was swiftly ratified by the Turkish parliament but the move was seen by Greece and Cyprus as a sea grab. The EU said the deal violated the law of the sea and infringed upon the sovereign rights of third states, while the U.S. State Department called it “unhelpful and provocative.”

By contrast, Turkish Ambassador Özügergin hit back that the 2019 deal should not have come as a shock to the Greeks, who had pushed for their own pipeline project with Cyprus and Israel, with the blessing of the U.S. — an alliance dubbed the 3+1.

“The decision to sign the MoU between Türkiye and Libya in 2019 was not taken overnight; rather, it was a clear and unambiguous reaction to maneuvers like the 3+1 mechanism and the EastMed project, by which Greece and the Greek Cypriots tried to push Türkiye out of the Eastern Mediterranean equation,” Özügergin said.“Did anybody think we would sit on our hands and accept being locked into the Anatolian peninsula?”

Much of the sensitivity over the exploration deal boils down to disagreements over who represents the legitimate government in Libya. Ankara signed its exploration agreement with the Tripoli-based government, which it backs, rather than with a rival military administration based in Benghazi in eastern Libya since 2014.

The U.S. State Department said the provisional government in Tripoli is compelled by the Libyan Political Dialogue Forum not to sign new agreements, but that argument hardly washes with Turks. The eastern based government called the maritime accord illegitimate.

“So, it is legitimate for Italy, Egypt, Malta and a host of other countries to sign dozens of agreements with the same government in recent times, and not legitimate for Türkiye? That makes no sense,” said the Turkish ambassador.

The Greek government has tried to build relations with the eastern Libyan rival government in the hope of undermining the Turkish-Libyan maritime agreement of 2019. In April 2021, however, Athens took a new tack and sought to normalize relations with the Tripoli government by reopening the Greek embassy there. To little avail. The new Greek ambassador, who arrived in Tripoli earlier this month, was recalled back to Athens after the agreement without having presented his credentials and the embassy essentially consists of a press attaché, according to Greek officials.

For the government in Tripoli, the deal with Ankara signals that Turkey is recognizing its sovereignty and its legitimacy as the representative government of Libya.

It is not clear whether Turkey will start commercial drilling in the contested zones soon, but Athens expects exploration within Libyan EEZ as a first step. 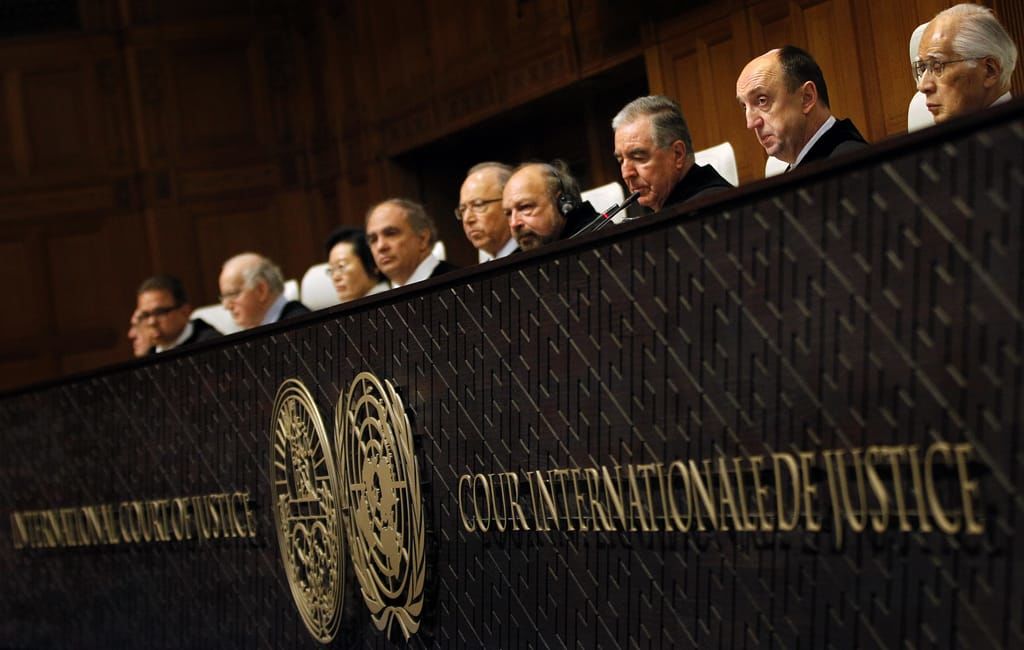 If Greece and Turkey cannot find common ground, they will seek arbitration of the maritime dispute at the International Court of Justice in The Hague

Despite the heightened tensions, both sides say they would be willing to turn to dialogue to resolve their differences and, if they cannot agree, will seek arbitration of the maritime dispute at the International Court of Justice in The Hague.

The problem is that Greece and Turkey have divergent views over what is up for discussion. Greece only accepts maritime zones as an issue for talks, whereas Turkey wants to tackle a broader range of topics like sovereignty over islands and their demilitarization.

“Turkey wants to lead us into a debate about all issues, not only demarcation,” said Syrigos from the ruling New Democracy party. “No government in Greece could ever accept that, it would fall the next day.”

Both sides said that the recent maritime deal between Israel and Lebanon shows that a settlement is possible.

In the meantime, and in a sign of how the maritime dispute could come to weigh on electoral politics, the main opposition Syriza party suggested Greece should immediately go ahead with extending its territorial waters to 12 nautical miles south and east of Crete pre-emptively and then start demarcation talks with all littoral neighbors in the Eastern Mediterranean, including Libya and Turkey.

“We should extend our territorial waters, as we have the right to do, and seek a delimitation dialogue in the Eastern Mediterranean with clear red lines,” Syriza leader Alexis Tsipras said on Sunday.

Officials at the foreign ministry said that such a move might be imminent, as the necessary technical work required could be ready within weeks.

Turkey has threatened Greece with military action should it exercise its rights under the U.N.’s Law of the Sea (UNCLOS) and extend its territorial waters to 12 nautical miles in the Aegean, because much of its coast would be deprived of access to the sea.

Gingeras highlighted the potential fallout of such a bold move: “The political geography of the Aegean doesn’t favor Turkey, and how do you force Athens to give something it feels is existential? It’s a zero-sum proposition.”