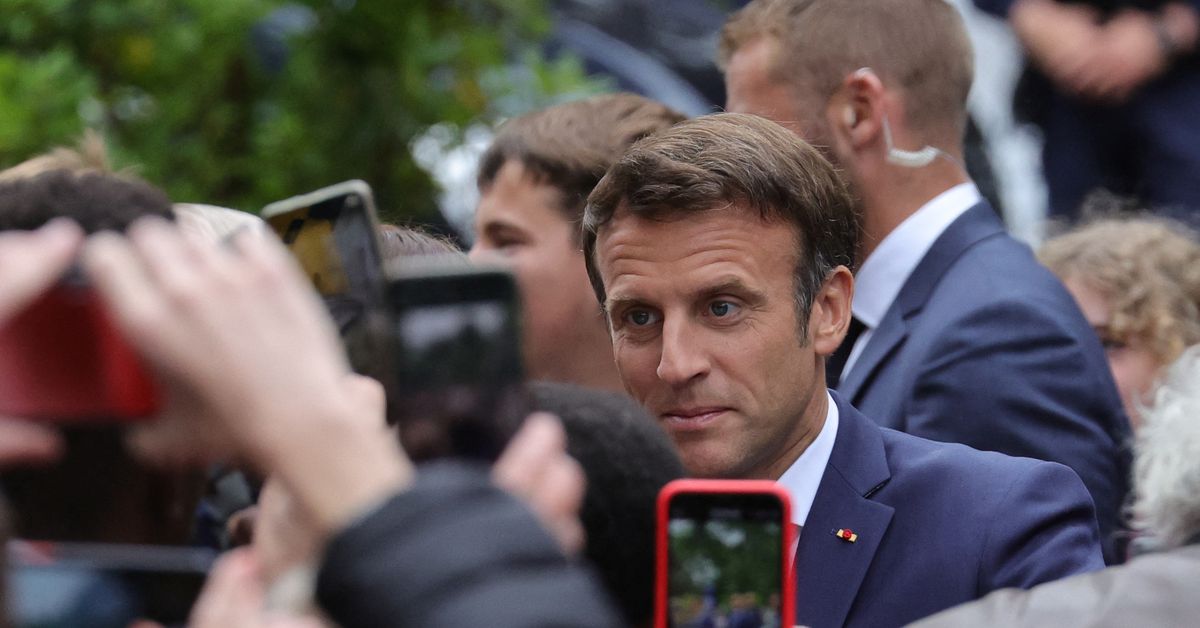 President Emmanuel Macron was on course to lose his absolute majority in the French parliament after Sunday's election, first projections showed, an outcome which would constrain his ability to push through his reformist agenda.

Here are quotes from senior political officials, analysts and voters:

"This culture of compromise is one we will have to adopt but we must do so around clear values, ideas and political projects for France."

"(It is) a totally unexpected situation. The rout of the presidential party is complete and no clear majority is in sight."

"France has spoken and, it must be said, with an insufficient voice because the level of abstention is still much too high, which means that a large part of France does not know where to turn."

"The people have decided to place a powerful parliamentary group from the Rassemblement National inside the assembly."

"This group will be the largest in the history of our party. We have achieved our objectives: of making Emmanuel Macron a minority president, without control of power; of pursuing the political recomposition that is essential for democratic renewal."

"I am not going to hide the fact that these results, if confirmed, are far from what we hoped for. The French have not given us an absolute majority. It's an unprecedented situation that will require us to overcome our divisions."

"It's Emmanuel Macron's own arrogance, his own contempt for the French people and his own impotence on security and purchasing power that has made him a minority president. It's a big breakthrough."

"It is an abject failure for this government. Even Mitterrand in 1988 did not hit this level. It is the failure of Macron's strategy. He will have to draw the consequences and change prime minister."

"We would have liked things to go differently, to have a big majority to defend Emmanuel Macron’s agenda."