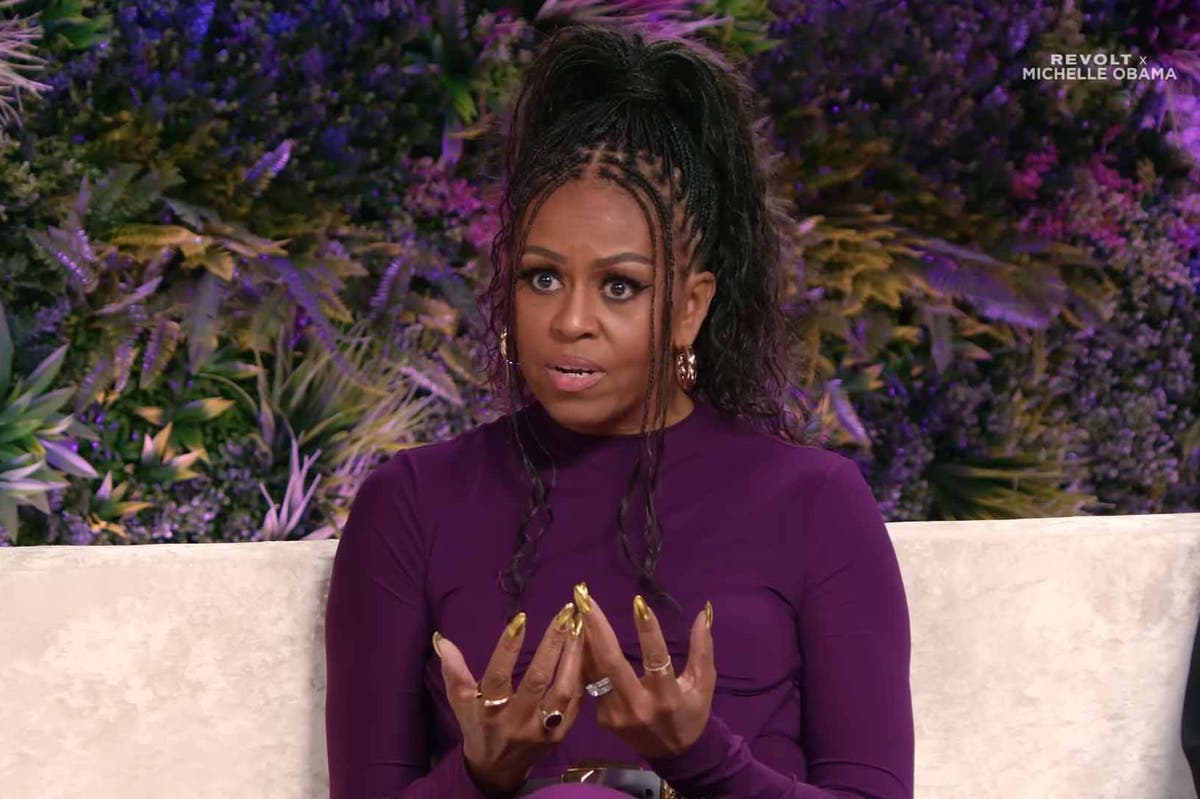 Michelle Obama has confessed she could not stand her husband and former US President Barack for ten years of their marriage as they raised their young children.

The former first lady made the admission during a candid round-table interview with Revolt on Thursday.

She spoke about how her law career had to take a backseat as Barack launched his presidential bid amid the pressures of raising their two daughters, Malia and Sasha.

“We don’t talk about how much work is required and how hard it is even when you are madly in love with the person, even when everything works out right,” she said. 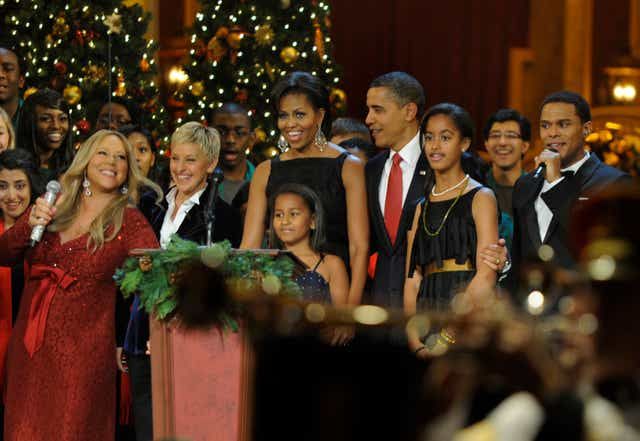 Barack and Michelle Obama, with daughters Sasha and Malia, taking part in the conclusion of a Christmas In Washington celebration in 2010
“People think I’m being catty by saying this: it’s like, there were 10 years where I couldn’t stand my husband. And guess when it happened? When those kids were little.”

She added: “And for 10 years while we’re trying to build our careers and, you know, worrying about school and who’s doing what and what, I was like, ‘Ugh, this isn’t even,’ ” she explained.

“Do you like him? I mean you could be mad at him but do you still look at him and go ‘I’m not happy with you, but I respect you,’ ” she said. “‘I don’t agree with you but you’re still a kind, smart person.’ ”

The couple, who married 27 years ago, had their story immortalised on film in the 2016 movie Southside With You.

The Obamas met working at the same law firm in 1989, when Michelle Robinson found herself reluctant to fall for the charms of the summer associate.

Michelle told Good Morning America, “And then: in walks Barack Obama. And Barack Obama has always walked like Barack Obama - like he’s got all the time in the world, and I was like, ‘Dude, you’re cute.’ But in my mind, I was like ‘off-limits’. I’m not going to date one of the few black summer associates.”

The two would go on to share their first kiss outside of an Baskin- Robbins ice cream parlour in Chicago, going on to have their two daughters, Malia and Sasha, along the way.

“If you were going to list the 100 most popular things that I have done as president, being married to Michelle Obama is number one”, Barack said after his State of the Union address in 2010.

Michelle Obama’s book, The Light We Carry, is out now.

Oh ya 40 days ago
Is that while he was still playing football or after. Google Michelles junk and decided for yourself. A good showing on the Ellan D set and coming out a side door at the WH
View all comments (1)Add comment