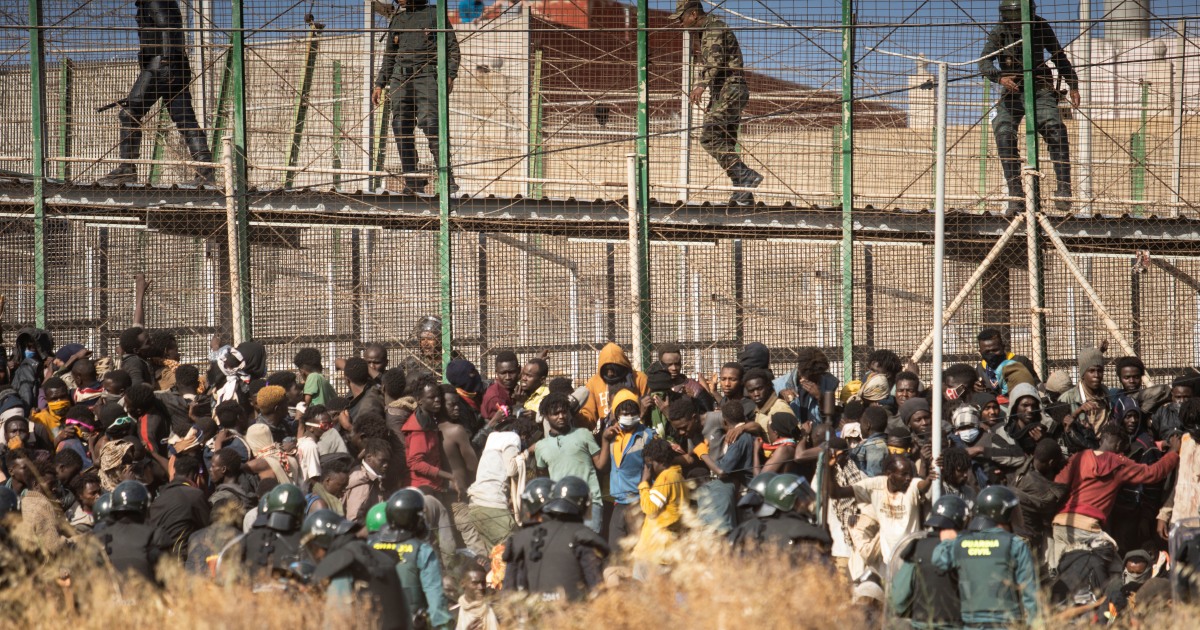 At least 23 migrants who died last month in a mass attempt to enter the Spanish enclave of Melilla from Morocco likely “suffocated”, the state-backed National Human Rights Council of Morroco (CNDH) has said.

The number of dead – after an estimated 2,000 people, many from Sudan, stormed the Spanish territory’s frontier on June 24 – was the worst in many attempted migrant crossings over the years into Spain’s Ceuta and Melilla enclaves in North Africa – the European Union’s only land borders with Africa.

Adil El-Sehimi, a doctor who examined the bodies during a CNDH fact-finding mission, said on Wednesday that the victims had most likely died of “mechanical asphyxiation”, when a force or object prevents a person from breathing.

CNDH Chief Amina Bouayach said that a total of 23 people had died in the incident, confirming the official toll. 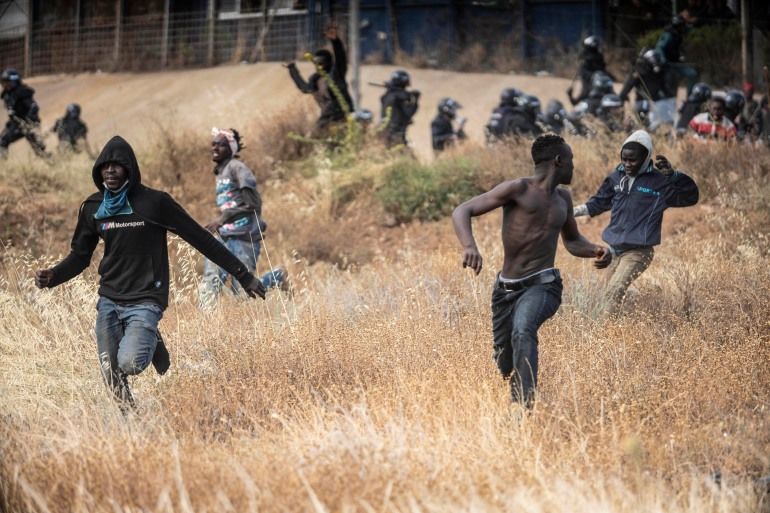 Migrants run on Spanish soil after crossing the fences separating the Spanish enclave of Melilla from Morocco in Melilla, Spain

In addition to the deaths, 200 Moroccan and Spanish law enforcement officers and more than 70 civilians were injured in the melee.

None of the dead have been buried and autopsies remain pending, Bouayach told a press conference in Rabat to present the initial findings of the CNDH probe.

Five days after the incident, Human Rights Watch (HRW) cited “reports that the authorities in Morocco may be organising hasty mass burials” of the dead, along with photographic evidence of recently dug graves in nearby Nador.

Describing the events of June 24, CNDH said large numbers of migrants, “armed with sticks and stones … split into two groups: the first stormed a border post closed since 2018 and the second climbed nearby walls topped with barbed wire”.

The dead had been crushed in part of a border post where manual turnstiles allow the passage of a single person at a time, the group said.

“A large number of migrants found themselves crammed into this narrow area, resulting in jostling which led to migrants suffocating,” CNDH said.

The United Nations, the African Union and independent rights groups have denounced the use of excessive force by Moroccan and Spanish security personnel.

HRW said a video showed a Moroccan security agent “beating obviously injured men prone on the ground and another agent throwing a limp body onto a pile of people”.

The CNDH defended Moroccan forces’ actions, saying such cases were “isolated” and cited the danger posed by “the large number of migrants” carrying sticks and stones.

Information gathered from authorities, NGOs, and injured migrants at the hospital showed that Moroccan law enforcement officers did not use lethal weapons but used tear gas and truncheons to block the storming, the group said.

“Law enforcement did not use any firearms,” CNDH said.

Several rights organisations have called for an independent probe and condemned authorities on both sides of the border for excessive use of force.

The Moroccan Association for Human Rights (AMDH) said the report is incomplete, and reiterated its calls for an impartial investigation.

The report “reflects the official viewpoint of a complex problem”, AMDH’s Omar Naji said, adding that his organisation will soon release its own report “in order to show the truth”.

The European Commission last week vowed to step up its work with Morocco to fight human smugglers who it described as using “new, extremely violent methods”.