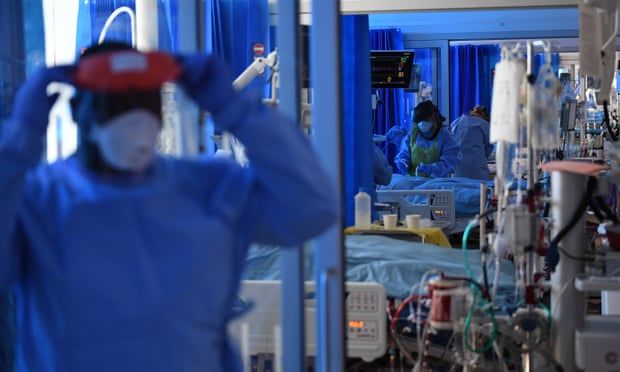 No 10 not ruling out ‘firebreak’ lockdown if Covid cases rise

Downing Street has not ruled out a “firebreak” lockdown as a last resort if the NHS were to be overwhelmed by Covid cases in England, but denied there were plans for one during October’s half-term school holiday.

With deaths within 28 days of a positive test reaching 209 – their highest level since 1 March – and 37,489 positive cases on Tuesday, scientists warned that restrictions could again be necessary in the coming months, such as limits on gatherings and a return to compulsory indoor masking.

Asked about the idea of a firebreak during the next school holiday, Boris Johnson’s official spokesperson said it was “not true that the government is planning a lockdown or firebreak around the October half-term”. However, he made it clear that further restrictions such as a two-week circuit breaker remained an option if the NHS were to be overwhelmed. 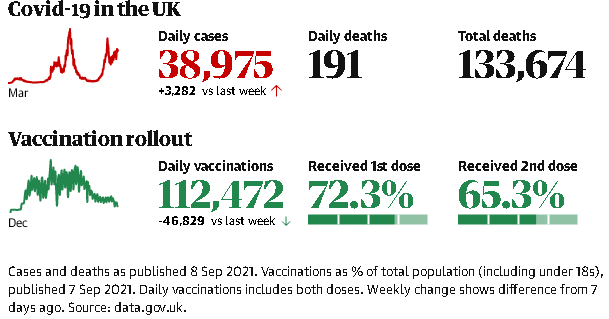 “We have retained contingency plans as part of responsible planning for a range of scenarios, but these kind of measures would only be reintroduced as a last resort to prevent unsustainable pressure on our NHS,” he said.

“I think we’ve been clear throughout that we will take action, and indeed we have done when necessary to protect our NHS. But under the previous occasions when that action has been required, we have been without the significant defences that our vaccination programme provides us – we’re now in a much different phase.”

Scientists said the idea of a firebreaker had merit, after a member of the Scientific Advisory Group for Emergencies (Sage) told the i paper that a “precautionary break” could be part of “contingency plans”. They speculated this could take place during October half-term, with the break lengthened to two weeks rather than one.

Ravi Gupta, a professor of clinical microbiology at the University of Cambridge and a member of the Nervtag advisory body, but speaking in a personal capacity, suggested the plans might not go far enough.

“I guess my view is that this situation was entirely predictable and to some extent preventable and many scientists have been ignored,” he said.

“A firebreaker of a two-week half-term may help but is unlikely to be long enough to do the job, without additional measures including masking indoors and large gathering limitations,” he said. “Vaccinating 12- to 15-year-olds should help curb transmission but we have left it pretty late.” 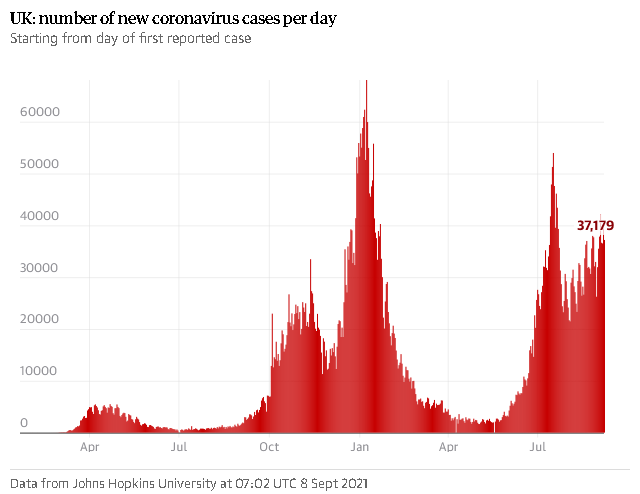 Speaking in a personal capacity, Prof Julian Hiscox, chair in infection and global health at the University of Liverpool and a member of Nervtag, said: “Every winter we have seen how influenza affects hospital admissions and we have this with a bigger scale with Covid-19.

“A firebreak, if necessary, is a good idea. The rising case rates and breakthrough in previously vaccinated people emphasises the need to administer a vaccine booster right now in preparation for winter and in parallel to the flu vaccine campaign. This will protect against serious disease and help keep hospital admissions down.”

Graham Medley, a member of Sage, and professor of infectious disease modelling at the London School of Hygiene & Tropical Medicine, said: “It’s entirely for government to decide whether it’s a good idea. It is one way of planning to reduce prevalence.”

Dr David Strain, a senior clinical lecturer at the University of Exeter Medical School, also welcomed the idea of a firebreak.

“I think planning for a two-week firebreak now is a very sensible precaution,” he said, adding that the majority of models were predicting a further rise in cases over the next four to six weeks, linked to school return. “If this translates to increased hospitalisation, as the data from Israel suggest it may do, we will need to act pre-emptively in order to prevent the need for a full-scale lockdown as people move indoors more.”

Nadhim Zahawi, the vaccines minister, said he had not seen any plan for a firebreak lockdown but the government believed a vaccine booster programme would end the need for having to “close down our economy or take the severe measures we had to sadly take in December of last year”.

Cases are expected to rise still further with the return of schools in England, Wales and Northern Ireland from their summer breaks. Scotland has already recorded an increase in cases since its pupils returned.