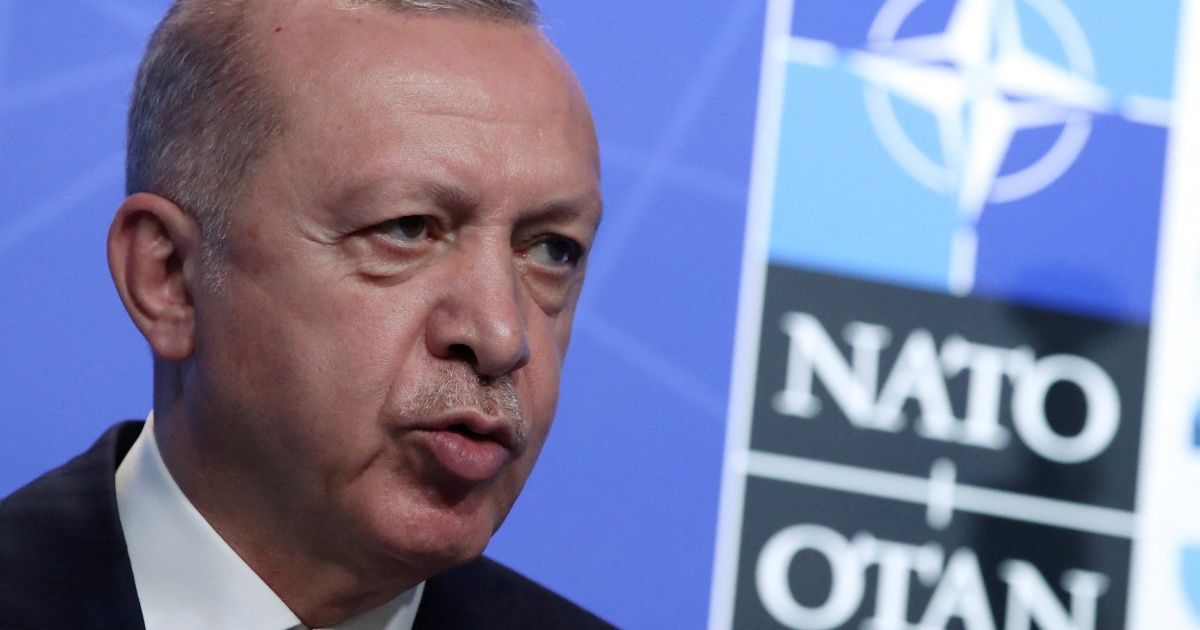 Nordic deal increases Turkish power in NATO, but pitfalls ahead

The last-minute deal between Turkey, Sweden and Finland to clear the path for the Nordic countries’ NATO membership has been portrayed as Ankara firmly placing itself alongside its Western allies in the face of Russia’s aggression.

In recent years, debate has raged over whether Turkey is turning away from the West, fuelled by episodes such as Ankara’s acquisition of Russian missiles three years ago and, more recently, its refusal to join sanctions on Russia over its war in Ukraine.

When Turkey announced in May that it would veto Sweden and Finland’s NATO applications unless they met a string of demands, many saw it as further proof of Ankara’s reputation as a partner that was increasingly charting its own path within NATO.

But last week’s agreement – addressing Turkish concerns over the activities of groups it has designated as “terrorist” organisations in the Nordic states, extradition of suspects and removing restrictions on arms sales to Turkey – saw President Recep Tayyip Erdogan feted as a loyal and supportive ally at NATO’s Madrid summit.

“The agreement is a very positive and historic development for Turkey’s relations with Sweden and Finland and NATO as a whole,” said Ali Bakeer, assistant professor at Qatar University’s Ibn Khaldon Center for Humanities and Social Sciences.

“It shows Turkey’s commitment to support the unity and expansion of NATO … It’s a win-win situation and NATO emerges stronger as a collective security organisation vis-a-vis rising threats and Russia.”

Ankara joined NATO in 1952 during the alliance’s first wave of enlargement, having sent troops to fight under the United Nations banner in the Korean War two years earlier. At the time, Turkey and Norway were the only NATO states with land bordering the Soviet Union.

Turkey, which has the second-largest military in NATO after the United States, provided a vital southern flank to the alliance.

Despite the positive reaction to the Turkey-Sweden-Finland agreement, there are signs enlargement could still throw up challenges for NATO.

Erdogan has signalled that Turkey could block the process if Sweden and Finland did not “fulfil [the] duties” outlined in the 10-article deal. The Nordic expansion must also be ratified by the parliaments of all 30 NATO members.

“Turkey got a lot of what it asked for but there are potential pitfalls for the ratification process,” said Ozgur Unluhisarcikli, director of the German Marshall Fund in Ankara.

“Turkey, Sweden and Finland are not on the same page when it comes to the definition of terrorism. Individuals who Turkey considers terrorists may be not considered so by Sweden and Finland and when Turkey requests their extradition this may still be refused.

“I can imagine Turkey further delaying the ratification process on the grounds that Sweden and Finland are not abiding by the written agreement … But, having said this, they’ve managed to kick the can down the road and maybe other solutions can be developed in the meanwhile.”

Ankara has played a crucial part in avoiding a crisis within the alliance at a time when Europe is facing its greatest threat since the Cold War.

“The biggest win in this deal is the fact that there is no crisis in Turkey-NATO relations,” said Galip Dalay, associate fellow at Chatham House’s Middle East and North Africa Programme in London.

“If there had been no deal after this summit, which is perhaps the most significant summit in decades, that would have led to crisis. The fact that this crisis was averted is a major win for all sides in NATO.”

Having polished its standing within NATO, Turkey will now seek to persuade its allies over its view on “terrorism”, according to analysts.

The Nordic deal has seen Western countries recognise Ankara’s concerns over the Syrian Kurdish People’s Protection Units (YPG) for the first time. The group – instrumental in fighting ISIL (ISIS) as part of the US-led coalition in Syria – is tied to the Kurdistan Workers’ Party (PKK), which has waged an armed uprising against Turkey for 38 years.

Turkey is now likely to push other countries, which have largely maintained that the PKK and the YPG are separate entities, to adopt a similar position.

Turkey has pledged to repeat its 2019 incursion into YPG-controlled northern Syria. The previous operation led to widespread Western condemnation and restrictions on defence sales to Ankara.

“Turkey will now expect Europe and the US not to criticise that [incursion] beyond lip service,” Unluhisarcikli said.

Dalay explained that Russia’s war in Ukraine would lead to further convergence between Turkey and its NATO allies. Turkey is the only NATO member in direct competition with Russia in Syria and Libya – a situation that creates unique security threats for Ankara.

“Russian revisionism has always driven Turkey closer towards the West,” Dalay said. “That was the case for the Ottoman Empire, that was the case when Turkey was applying to enter NATO and that’s the case today.

“But while Turkey will gradually converge with the West on geopolitical matters, it will try to do so in a manner that will not antagonise Russia.”