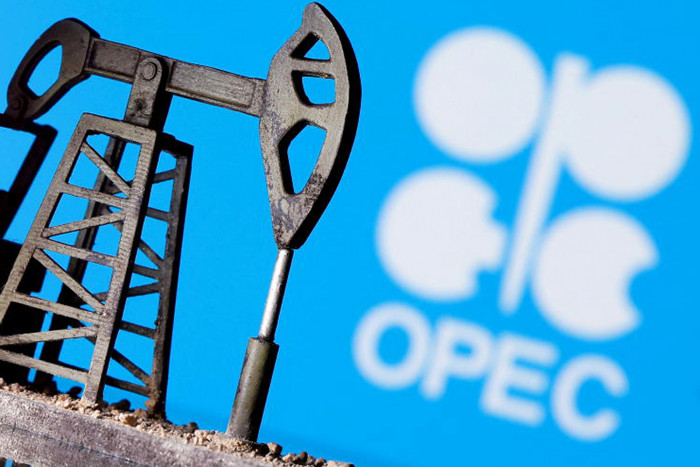 Officials from the Organization of the Petroleum Exporting Countries (OPEC), Russia and other oil producers agreed Tuesday to continue their program of gradual monthly output increases in February, but there are growing doubts about whether they can deliver on the additional barrels. The decision was conveyed in a terse news release from OPEC.
A persistent failure to step up production by the amounts agreed on in July is helping to keep oil prices relatively high even though a surge in coronavirus cases from the omicron variant threatens to dampen economic activity and oil demand.

The slow ramp up in production also could lead to tension with the Biden administration, which wants the producers to pump more oil in an effort to lower gasoline prices in the United States. Gas prices, nationally at US$3.28 a gallon, are now about one-third higher than they were a year ago, according to the Energy Information Administration, a government agency, and contributing to rising inflation.

What Saudi Arabia decides to do is crucial. The only route to meeting the scheduled increases in output would be for Saudi Arabia, which now has most of the world’s extra capacity, to agree to produce more than its quota.

From an oil industry perspective, Saudi Arabia, the leader of the Organization of the Petroleum Exporting Countries, has weathered the pandemic better than might have been expected. Saudi production is back around the 10-million-barrel-a-day level that the kingdom prefers, prices are relatively high and Riyadh’s influence over oil policy is strong.

In November, the White House coordinated a planned release of strategic oil reserves with other nations in an effort to dampen the market, but prices have since edged up to more than $79 a barrel for Brent crude, the international bench mark, and $76 a barrel for West Texas Intermediate, the U.S. standard.

In the spring of 2020, the early days of the pandemic, the oil producers group known as OPEC Plus curbed production by almost 10 million barrels a day, or almost 10% of world supply at the time.

Building output back up again has not been easy for several countries, including Nigeria and Angola.

In its December Monthly Oil Report, the International Energy Agency estimated that OPEC Plus fell short of its November target by 650,000 barrels a day, substantially more than the 400,000 barrels a day the group had planned to increase each month.

A few producers, including Saudi Arabia and Iraq, are increasing output handily, but others in the 23-member group are lagging. A range of issues, including political strife and underinvestment in drilling, are holding them back.

Even Russia, the group’s second-largest exporter after Saudi Arabia, appears to have hit a wall at about 9.9 million barrels a day, about 600,000 less than it pumped in April 2020 before the big cuts. For Russia to increase substantially from here will require improved tax policies and the development of new fields, analysts say.

"Russia is temporarily near its limits," said Bhushan Bahree, an executive director at IHS Markit, a research firm.

Nigeria, Africa’s largest producer, in November pumped 360,000 barrels a day below its quota — almost enough on its own to wipe out the agreed 400,000-barrel-a-day monthly increase for the overall group.

"A poor regulatory framework, sabotage and vandalisation of oil facilities" are deterring needed spending in Nigeria, the International Energy Agency said in its report.

Angola, another African country, is also pumping well under its quota, while Libyan production has recently fallen off rapidly because of political turmoil.
#Coronavirus
Add Comment