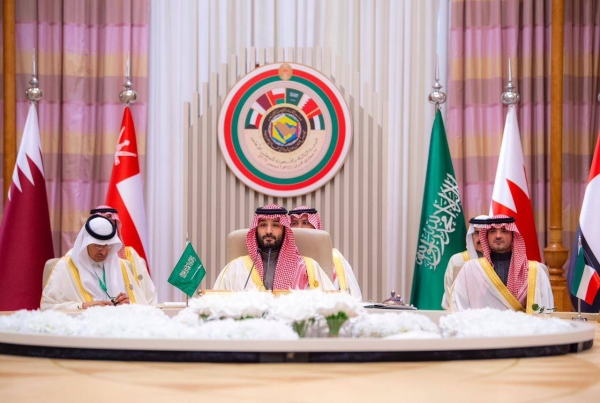 “Given the significant developments in the past seven years... the Kingdom intends to present an updated vision that takes into consideration the geopolitical developments which influenced the region,” the Crown Prince said.

The vision will also be based on lessons learned from the COVID-19 pandemic, and will take into consideration the growing role of the GCC and the accelerated economic growth, he said.

Highlighting the significance of Gulf cooperation, the Crown Prince noted that the GCC’s adoption of Custodian of the Two Holy Mosques King Salman’s vision on strengthening the GCC joint action in 2015 had contributed to enhancing the GCC’s strategic role both regionally and internationally.

GCC a reliable energy supplier for the world

He stressed that the Gulf countries will remain a reliable and safe energy supplier for the world. “Saudi Arabia and other GCC states are aware of the importance of sustainable development,” he said while pointing to the continuation of work to confront climate change and the serious endeavor to solve and address its effects.

The Crown Prince reiterated Saudi Arabia’s full support to reach a comprehensive solution to the Yemeni crisis. He said Iran must commit to international charters and the principles of good neighborliness and respect its nuclear commitments through cooperating with the International Atomic Energy Agency (IAEA).