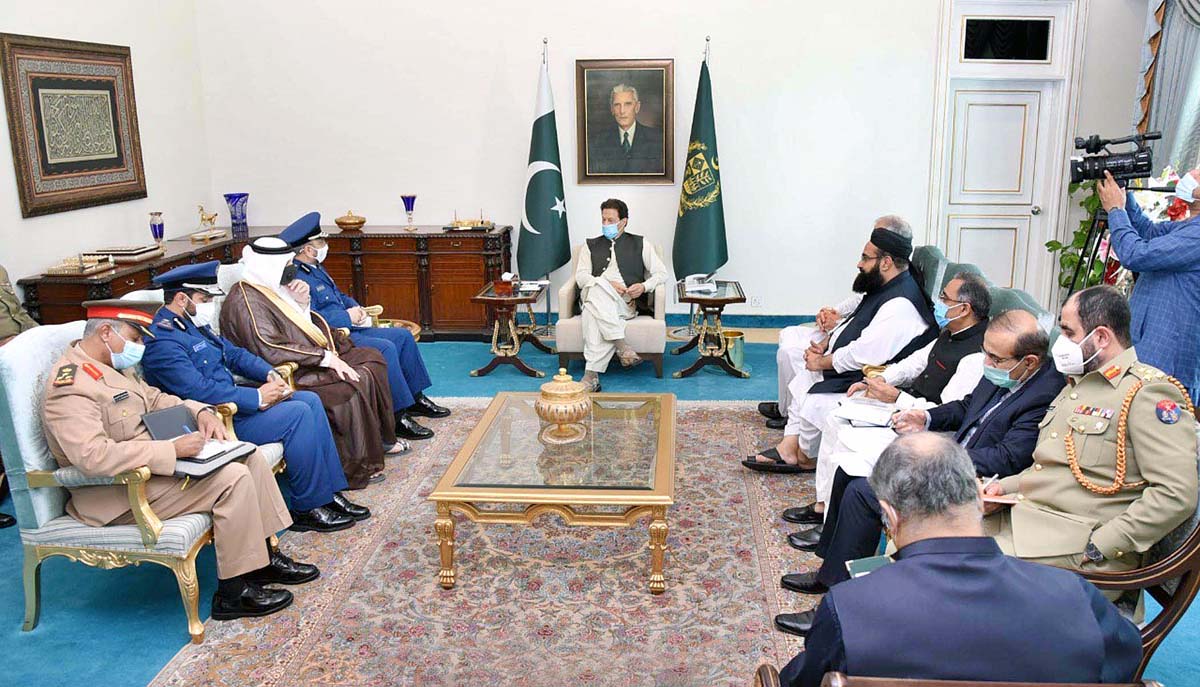 During the meeting, views were exchanged on a range of important issues of common interest.

He welcomed the Saudi delegation and conveyed his warm regards to King Salman Bin Abdulaziz Al Saud and Crown Prince Mohammed bin Salman. He added that the people of Pakistan always accorded special reverence to the Saudi leadership.

The Prime Minister expressed satisfaction over the robust defence relationship between the two countries, and hoped that bilateral defence cooperation would grow further in the years ahead.

He also expressed Pakistan’s support for resolving the conflict in Yemen through dialogue and diplomacy, and appreciated Saudi efforts in this regard.

Pakistan and Saudi Arabia have long-standing and historic fraternal relations, rooted deep in common faith, shared history and mutual support. Regular and high-level exchange of visits is a reflection of excellent relations between the two countries.
Add Comment