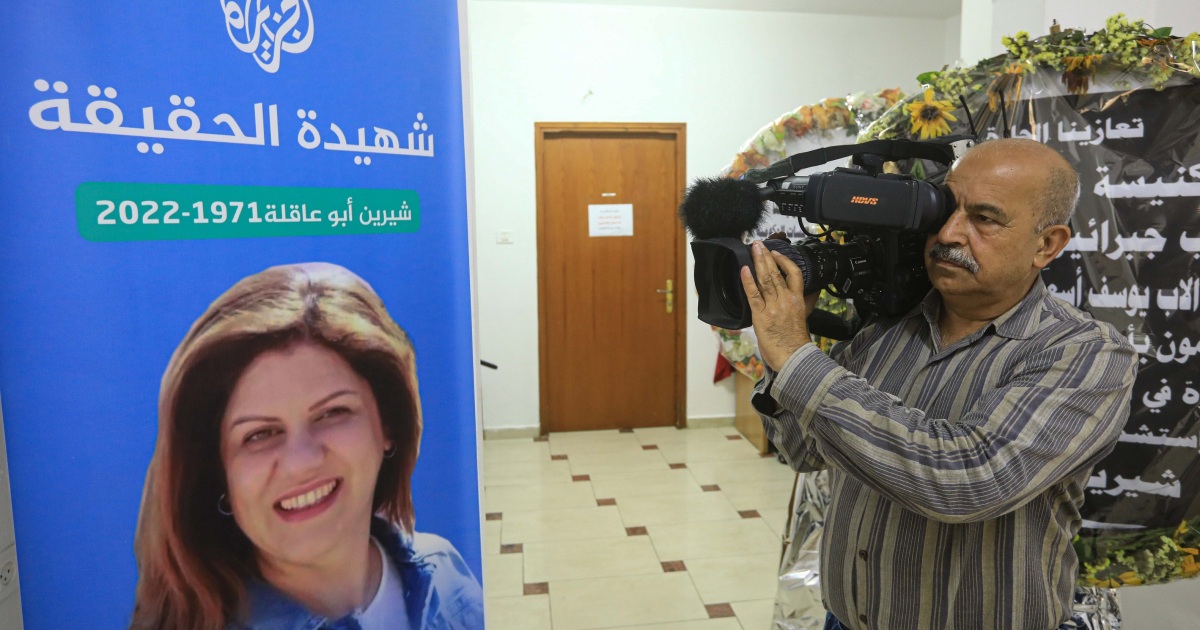 Palestinians to hand bullet that killed Shireen Abu Akleh to US

Palestinian Authority general prosecutor says the bullet will be transferred for examination by US authorities.

The Palestinian Authority has agreed to hand over the bullet that killed Palestinian-American journalist Shireen Abu Akleh during an Israeli raid in the occupied West Bank last month to US authorities, a Palestinian official has said.

“We agreed to transfer the bullet to the Americans for examination,” Akram al-Khatib, general prosecutor for the Palestinian Authority, told the Reuters news agency on Saturday without providing further details.

Palestinian officials, and many rights groups and media outlets, have reached the conclusion that the Al Jazeera journalist Abu Akleh was killed by the Israeli military.

The United Nations human rights office last month said that information it had gathered showed that the bullet that killed Abu Akleh on May 11 was fired by Israeli forces. 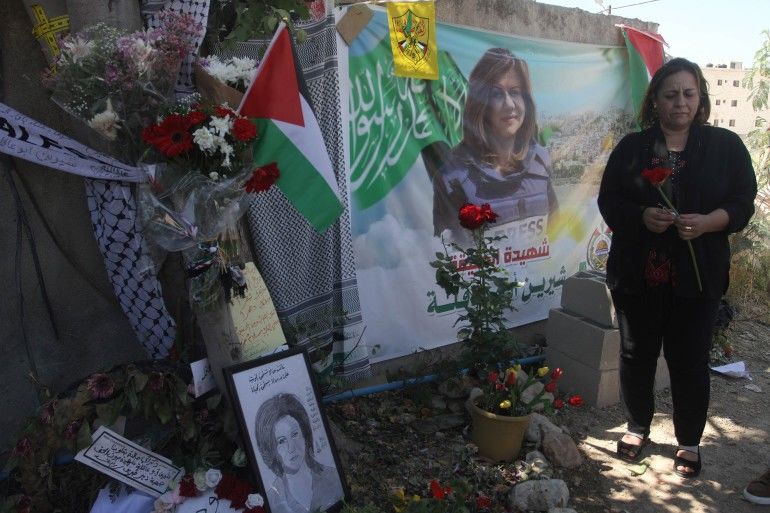 A Palestinian woman lays flowers at the site where Abu Akleh was killed in Jenin, the occupied West Bank

According to ballistic and forensic experts, the green-tipped bullet was designed to pierce armour and is used in an M4 rifle. The round was extracted from her head.

The bullet was analysed using 3D models and, according to experts, it was 5.56mm calibre – the same used by Israeli forces. The round was designed and manufactured in the United States, experts said.

However, Israel later backtracked and said it could not rule out the possibility that an Israeli soldier had fired the shot. Palestinian leaders have rejected proposals for a joint probe with Israel, saying such a probe would not be transparent.

Al Jazeera Media Network announced on May 26 that it had assigned a legal team to refer the killing to the International Criminal Court (ICC) in The Hague. The case was recently handed over to the ICC prosecutor. However, the current status of the investigation remains unclear.

Lawyers working on a case filed to the ICC about the targeting of Palestinian journalists by Israeli forces have also said they will add Abu Akleh’s killing to the case.