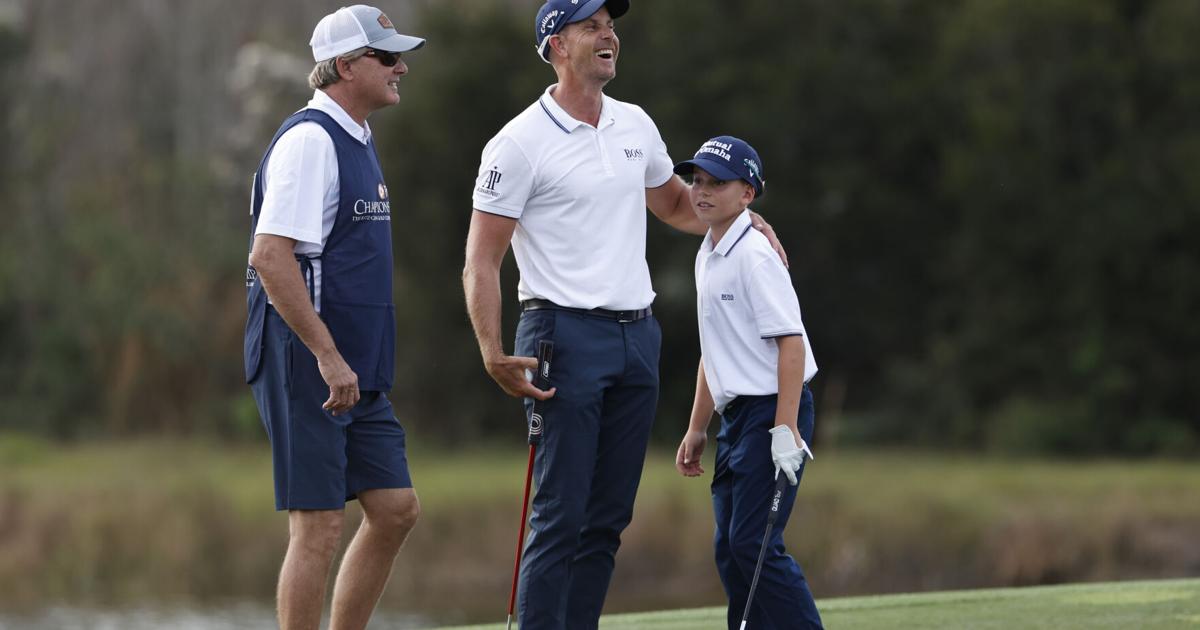 Players with Saudi releases have to decide if it's worth it

The PGA Tour is giving conditional releases to more than two dozen of its members who have signed up to play the Saudi International.
The next step is who decides to take the appearance money in exchange for what could be a sharp change in their playing schedule.

The Saudi International is Feb. 3-6, the same week as the AT&T Pebble Beach Pro-Am. The tour said it would grant conflicting event releases provided players put Pebble on their schedule once in 2023 or 2024, or twice through 2025 if it has been more than five years since they last played the Pebble Beach Pro-Am.

Henrik Stenson, Tyrrell Hatton and Louis Oosthuizen are among the 25 players the Asian Tour announced as part of the Saudi field. None of the three has ever played Pebble, so to take appearance money believed to be in the mid-six figures would mean adding Pebble Beach to their February plans twice in the following three years.

Stenson, who once lived in Dubai, has played the Middle East swing every year since he first joined the European Tour. For players like Stenson and Ian Poulter, Tommy Fleetwood and Hatton, playing the Middle East swing against good fields is an easy chance for them to meet requirements for holding tour dual membership.

None is a regular at Pebble. Poulter has played three times, most recently in 2016. Just his luck, that's one year outside the five-year window. To go to Saudi Arabia this year would mean returning to Pebble Beach twice through 2025.

For a PGA Tour member to play Saudi Arabia this year and not honor the condition of going to Pebble Beach would subject them to either a fine or a suspension.

And that doesn't solve one other issue for the European Tour members. Europe has yet to decide whether it will grant releases. The Saudi International is the same week as a new event, the Ras al Khaimah Championship in the United Arab Emirates.

As for the Americans, Xander Schauffele played Pebble Beach only in 2017, his rookie season. Bryson DeChambeau played in 2017 and 2018. They would need to return if they want to play in Saudi Arabia this year. Given their profile, each is expected to pull at least $1 million in appearance money.

Two of the biggest names are Dustin Johnson and Phil Mickelson, who are Pebble loyalists. Johnson is a two-time Pebble winner. He also is a two-time winner in Saudi Arabia. Mickelson has won a record five times at Pebble Beach, most recently in 2019.

These clearly are first-world problems. Imagine having to decide whether it's worth taking $1 million or more in exchange or having to go to Pebble Beach.

Gary Player is a regular at the PNC Championship, and now his biggest decision is which family member to take. So the 86-year-old South African settled the matter this year when he had three of his grandchildren play 18 holes, with the winner getting the spot in the field.

“They were choking dogs,” Player said with a hearty laugh. “My son, Wayne, is walking behind giving a commentary to my family in South Africa in bed at 2 in the morning. ‘How’s our boy doing?' They're choking, they're choking.”

Player said one of them played the par 5s in 9-over par. Another claimed to have a migraine when it was over. The winner, Jordan Player, said he had never had a glass of scotch in his life.

“He comes home, he says, ‘Grandpa, now I really appreciate your 18 majors (nine on the senior circuit),'” Player said. “He says, ‘I’m going home to have three scotches and room service.' It was hysterical watching them play."

And it was a reminder for Player what he came to appreciate during his Hall of Fame career.

“It's so wonderful to see in sports when people are under pressure,” Player said. “When the bell goes off, it's a different game.”

The R&A would appear to be the first golf organization to stand opposed to whatever Greg Norman and his LIV Golf Investments have in store for the Asian Tour.

The British Open has saved a spot for the winner of the Asian Tour Order of Merit for nearly two decades. Australian Golf Digest reported over the weekend that exemption is going away for 2022. A statement from the R&A revealed little except to say, “We review and update our exemptions from time to time and any changes are considered carefully by our championships’ committee.”

Wade Ormsby of Australia won the Order of Merit on the Asian Tour this year and would have received the exemption. For this year's British Open at Royal St. George's, the Asian Tour exemption went to Jazz Janewattananond.

Norman’s Saudi-backed group is injecting $200 million into the Asian Tour for 10 new tournaments, the start of what presumably is a bigger goal of creating a super league to challenge the U.S. and European tours.

Asian Tour players are not completely shut out of golf’s oldest major championship.

The R&A still has its Open Qualifying Series, with the first one already in the books from the Joburg Open, which offered three spots at St. Andrews next summer. Three tournaments that are part of the qualifying series are co-sanctioned by the Asian Tour — the Singapore Open, Korea Open and New Zealand Open.

Nelly Korda won her first major. She reached No. 1 in the world. She won the gold medal in the Tokyo Olympics. And then her year got even better.

She got a picture with Tiger Woods, all of it captured on video.

“I think I turned a little red — may be turning red right now,” Korda said the following day. “No, I got to meet my idol growing up. I met him at the dinner the night prior, but it's been such a cool experience. I got to talk to him on the putting green before I went out today and I was just star-struck. It's really cool what he's done for the game and I just appreciate it.”

The R&A is offering a minimum of 46 places through its Open Qualifying Series for the British Open at St. Andrews, with a few changes in the PGA Tour based on its schedule.

The Arnold Palmer Invitational at Bay Hill also will give three spots to the leading finishers, while the Canadian Open gets two. The final chance to qualify in America will be the Barbasol Championship in Kentucky (one spot), which is the week before St. Andrews.

In Europe, three spots also will be on offer at the Irish Open and the Dutch Open. In most cases, players must finish in the top 10 at the tournament to be eligible.

The blue ribbons that players wore in the PNC Championship were to honor those who lost loved ones in the tornadoes in Kentucky and Arkansas. It was the idea of Kentucky native Justin Thomas, who donated his earnings from the tournament ($53,625) to help those affected. ... Mark Loomis is back in the golf television business. The former producer for ABC Sports and most recently Fox Sports has been hired as senior vice president of production for Golf Channel. Loomis will oversee tournament and studio production for Golf Channel. He will report to Molly Solomon, the executive producer at Golf Channel and of NBC Olympics production. ... The Challenge Tour in Europe will have a 31-tournament schedule next year and visit 18 countries. The senior Legends Tour, meanwhile, has 15 tournaments confirmed of a schedule it expects to have 20 events.

STAT OF THE WEEK

Only six players older than 40 are among the top 50 in the world ranking.

“Not with the way he's playing.” — Karl Stenson, the 11-year-old son of Henrik Stenson, when asked if they had a good chance to win the PNC Championship.
#Johnson
Add Comment