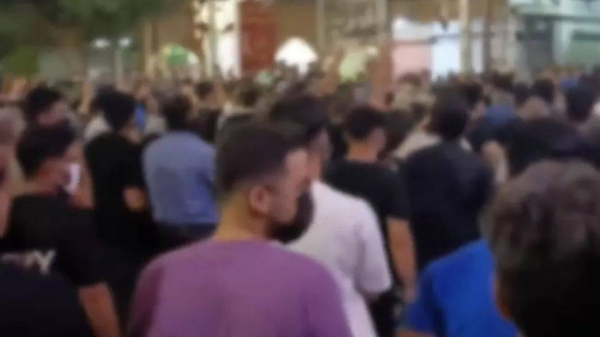 Two police officials have been sacked amid ongoing protests sweeping Iran.
State media said the sacking was over "malpractice" by police during clashes in the city of Zahedan on 30 September.

Dozens were killed in those protests, which followed allegations a teenage girl was raped by a senior policeman.

Although not directly connected, it comes as widespread unrest after the death of a different young woman in police custody poses a serious challenge to the Islamic Republic.

She had been detained three days earlier by the morality police in Tehran and fell into a coma after collapsing at a detention center.

She was arrested for allegedly wearing her Islamic headscarf "improperly".

There were reports that officers had beaten her with a baton and banged her head against a vehicle, but police denied she had been mistreated and said she had suffered a heart attack.

It is not clear how many people died in the 30 September clashes which have now led to the dismissal of the two senior police officials in the south-eastern city Zahedan, capital of Sistan Baluchistan province.

Some reports by human rights organizations have put the number at more than 80.

There have been regular protests in the city since then - on Friday security forces were said to have again fired at crowds after prayers at the city's mosques.

It is rare for Iranian authorities to sack senior officials involved in suppressing protests against the country's top leadership.

Sistan Baluchistan province, which borders both Pakistan and Afghanistan, has a sizeable Sunni Muslim population. Iran is a majority Shia country.

Authorities have said the security forces were attacked by armed Baluchi separatists - something the imam of the city's biggest mosque has denied.

Norway-based Iran Human Rights says at least 234 protesters, including 29 children, have been killed by security forces in crackdowns around Iran so far. Iran's leaders have portrayed the unrest as "riots" instigated by foreigners.

Footage posted on social media and verified by the BBC shows widespread recent protests in many cities - an upsurge that came after police reportedly opened fire on protesters in Saqqez, home city of Ms Amini, on Wednesday, 40 days after she died.

The BBC and other independent media are banned from reporting from inside Iran, making state media and other reports hard to verify. Authorities have also heavily disrupted the internet, hampering the ability of protesters to post on social media.
#Afghanistan
Add Comment