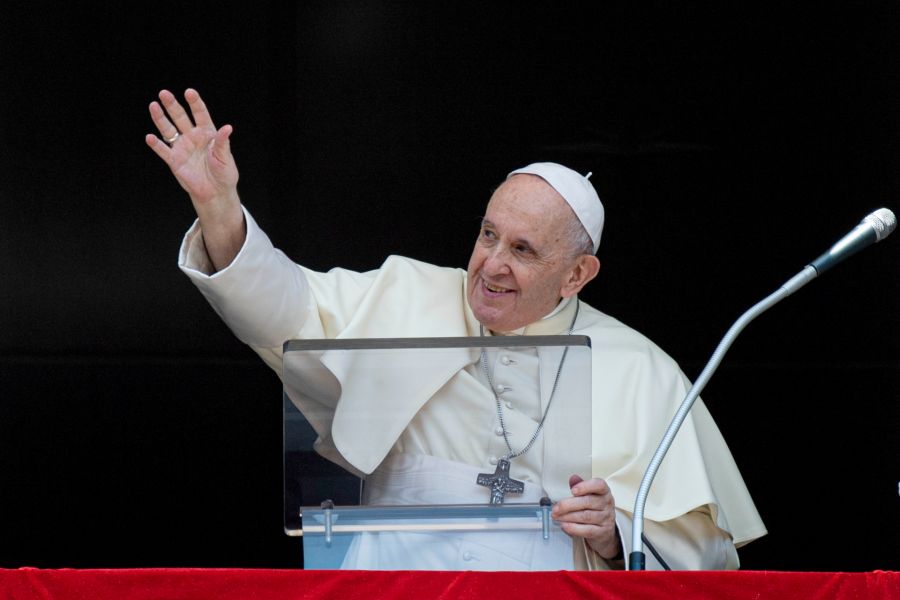 Pope to Interfaith Summit: If We Want Peace on Earth, ‘We Cannot Lose Sight of Heaven’

The Holy Father sent a Sept. 11 written message, quoting from a speech he gave earlier this year in Ur, Iraq.
Pope Francis on Saturday greeted the G20 Interfaith Forum, being held in Bologna, Italy, Sept. 12-14, telling participants that “true religiosity consists in adoring God and loving one's neighbour.”

“I would like to reiterate that if we want to preserve fraternity on Earth, ‘we cannot lose sight of Heaven,’” Pope Francis said in a Sept. 11 written message, quoting from a speech he gave earlier this year in Ur, Iraq.

“[W]e are called to show the paternal presence of the God of heaven through our harmony on earth.”

The G20 Interfaith Forum is an annual event that has brought together religious leaders for dialogue since 2014. The interfaith meeting precedes the main G20 2021 meeting, set to take place this October in Rome.

The Pope emphasized the role of religious leaders in combating religious extremism and fundamentalism, especially when it leads to violence.

“As religious leaders, I believe that first of all we must serve the truth and declare what is evil when it is evil, without fear or pretence, even and especially when it is committed by those who profess to follow the same creed as us,” the Pope said.

“We must also help each other, all together, to combat the religious illiteracy that permeates all cultures: It is a widespread ignorance that reduces the experience of belief to rudimentary dimensions of the human and seduces vulnerable souls into adhering to fundamentalist slogans.”

“Above all, we need to educate, promoting equitable, solidarity-based and integral development that increases opportunities for schooling and education, because where poverty and ignorance reign unchecked, fundamentalist violence takes hold more easily.”

Pope Francis praised the forum for its commitment to the process of building peace between adherents of different faiths.

“[W]e religious leaders must be the first to support these processes, bearing witness that the capacity to fight evil does not lie in proclamations, but in prayer; not in revenge, but in concord; not in shortcuts dictated by the use of force, but in the patient and constructive force of solidarity. Because only this is truly worthy of man. And because God is not the God of war, but of peace.”

The G20 Interfaith Summit, taking place at the University of Bologna, features talks and sessions from a diverse range of religious leaders. The sessions discuss topics related to “economic models and systems, the environment, women, families, children, work, humanitarian aid, health, education, freedom of religion or belief, global security, governance, human rights, and the rule of law,” according to the forum’s website.

Participants will develop policy recommendations designed to be delivered to G20 Summit leaders and to be relevant to leaders on the international, regional and national levels.