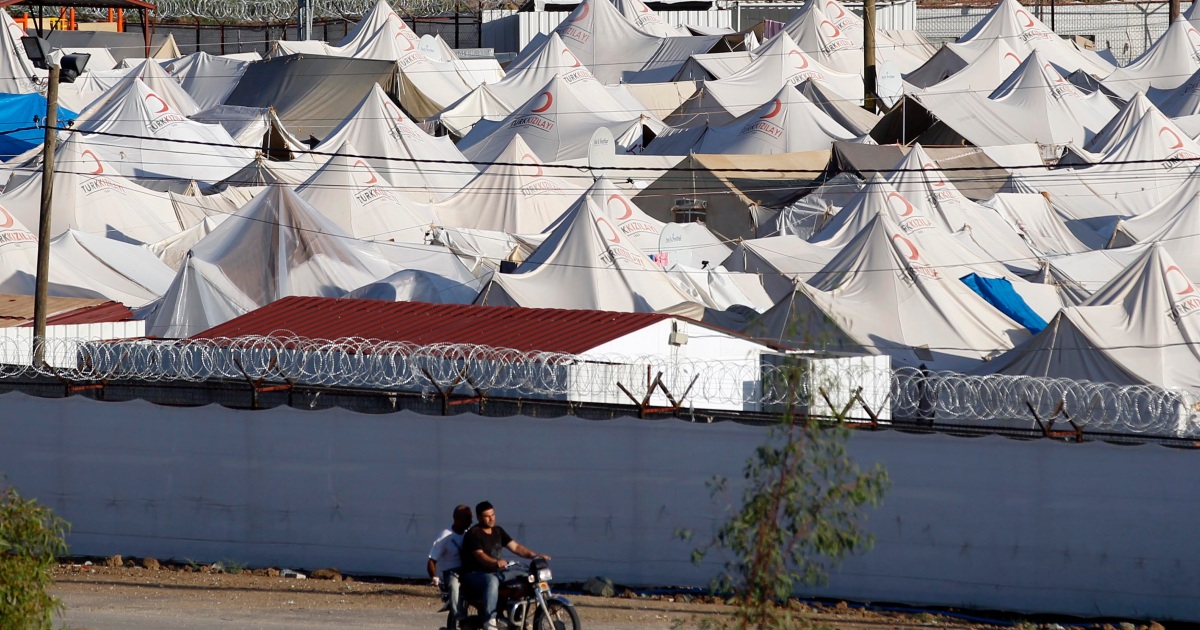 Despite pressure from opposition, Erdogan says Turkey, home to over 3.6m Syrian refugees, will ‘protect’ those who fled.

Turkish President Recep Tayyip Erdogan has pledged that his country would not drive Syrian refugees back to their home country despite pressure from opposition parties amid rising anti-immigrant sentiment in the country.

More than 3.6 million Syrian refugees have taken shelter in Turkey since 2011 when an uprising turned into a bloody war, killing nearly 400,000 and displacing more than half the country’s population.

Last week, the main opposition CHP leader Kemal Kilicdaroglu said his party would return Syrian refugees to their homeland within two years of him coming to power.

“We will protect up to the end these brothers who fled the war and took refuge in our country” no matter what the CHP leader claims, Erdogan said in a televised address.

“We will never expel them from this land. Our door is wide open to them. We will continue to host them. We will not throw them into the lap of murderers.”

Erdogan is facing rising public anger over the refugees and is wary of the issue dominating next year’s presidential elections.

Turkey has welcomed nearly five million refugees in total, including Syrians and Afghans, but their presence has caused tensions with locals, especially as the country is in economic turmoil with the weakening lira and soaring energy and food prices.

Last week, Erdogan announced that Turkey would build enough local infrastructure in northwestern Syria to house 1 million refugees – in addition to the tens of thousands of units already built.

The Idlib region in northwest Syria – home to some three million internally displaced people – is under the control of opposition groups that have been backed by Turkey for years and remains the last rebel-held pocket in Syria.

It is unclear how many Syrians have so far returned to their country since hostilities relatively subsided. In 2021, the UN refugee agency verified or monitored the return of about 36,000 refugees to Syria.

Refugees consider various reasons in their decision to return, including their overall safety, property rights, as well as job opportunities.

According to numbers released by the United Nations, more than 350,000 people were killed in the conflict, but rights groups say the death toll surpasses 500,000.