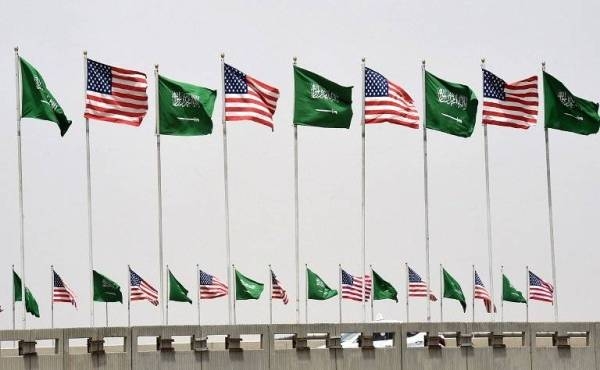 Saudi Arabia’s Ambassador to the United States Princess Reema Bint Bandar emphasized that Saudi Arabia and US have emerged from every challenge stronger together and if the two countries are united, they will be a formidable force for good.
“Long gone are the days when the US - Saudi relationship could be defined by the outdated and reductionist “oil for security” paradigm. The world has changed and the existential dangers facing us all, including food and energy security and climate change, cannot be resolved without an effective US - Saudi alliance,” she said, while reaffirming, “these priorities must guide the US -Saudi partnership of the 21st century, and we view the visit of President Joe Biden as an important moment for laying out our shared vision for how to tackle the challenges that lie ahead.”

Princess Reema made the remarks in an article she wrote in the famous US magazine POLITICO on the eve of the first ever visit of Biden as president of US to Saudi Arabia. She said that Saudi Arabia will share with Biden and the world Saudi Arabia’s vision of progress and partnership and that President Biden will see a storied land with a new, younger face.

Recalling the 80-year-long historic and strategic ties between the two countries ever since the historic meeting between King Abdulaziz and US President Franklin D. Roosevelt, she underlined the need to further bolster the U.S.-Saudi partnership. “And that is why the upcoming visit by President Joe Biden to Saudi Arabia is so pivotal. For our relationship to deliver peace and prosperity for both of our peoples and the wider world, we must redefine the contours of the next eight decades of this critical alliance.”

Commenting on the breathtaking changes and reforms being taken place in the Kingdom, Princess Reema said: “The Saudi Arabia of today is barely recognizable from how it once looked, even just five years ago and today, we are not just a global leader in energy, but also in investment and sustainable development. Through hundreds of billions of dollars of investment in education, technology, economic diversification and green energy, we have launched a transformation agenda that is unlocking the enormous potential of our young men and women,” she said.

Referring to the government’s landmark initiatives toward women’s empowerment, the ambassador said that Saudi women at present enjoy legal guarantees of equal pay and nondiscrimination in the workplace and that some Western countries have not taken such steps.

“Today, Saudi women outnumber men in our institutes of higher education and women represent the same share of entrepreneurs in Saudi Arabia as they do in the United States. We are entering sectors such as construction, mining and the military.” “We are creating companies, becoming CEOs and assuming top government posts, empowered by a government determined to see us succeed. As the first, but not only, Saudi woman appointed ambassador, I can speak firsthand to the new realm of the possible we are establishing. It is a success story we hope others will emulate.”

Princess Reema also highlighted the Kingdom’s initiatives to promote tolerance and interfaith dialogue to achieve greater stability in the region. “And we are advancing a vision for shared economic prosperity as an alternative to conflict. Saudi Arabia is indeed reconceiving how we express ourselves and engage with the world as a society and a culture,” she said.

Highlighting the growing significance of joint efforts to further strengthen US-Saudi partnership, she expressed hope that the two countries can lead a global transition to renewables, while catapulting the Middle East into a new hub for global supply chains.

Referring to the counterterrorism efforts, Princess Reema said: “We can and we must continue our important cooperation on counterterrorism, but we should go above and beyond current efforts. Our work will not be complete if all that we do is just crack down on terrorists.” “We must offer the people of this region greater hope for the future, and that is why our reimagined partnership encompasses cooperation from emerging technologies to joint space exploration. Given Saudi Arabia’s status as the cradle of Islam, the reverberations will be felt from Nigeria to Afghanistan.”

Underscoring the significance of enhanced Saudi-US role in establishing regional peace, she said: “We envision a future where our region is not bogged down in conflict, but is rather focused on regional economic cooperation, social development and multinational projects that deliver benefits to everyone. We want the U.S. to be part of that future, just as it was part of building our nation eight decades ago.”

“As governments, we must broaden our thinking to encourage and enrich such collaboration. The challenges of the 21st century are complex, from maintaining international peace and stability to addressing climate change, and we in Saudi are coming to the table with ideas. Let us integrate the markets of our region, use economics to promote friendship among all our neighbors, and show the promise of growth and prosperity as an alternative to the status quo.”

Princess Reema said that Saudi Arabia is approaching challenges such as global pandemics, food, energy, and supply chain crises with a new mindset. “We believe that the global transition to renewables can happen only if we all work together to manage this transition in a manner that ensures energy security and global economic growth. We have embraced the transition to green energy and are committed to net-zero emissions by 2060, along with the goal to shift more than half of our energy industry to renewables by the end of this decade,” she said while noting that these are commitments once deemed unimaginable for the world’s central bank of oil.

The ambassador underlined the need to confront the vision of chaos promoted by Iran with a vision of cooperation that people of region can see and feel. She also referred to the Khashoggi issue, saying: “I acknowledge, of course, there have been some turbulent waters in the U.S.-Saudi relationship. No doubt, the killing of Saudi citizen Jamal Khashoggi was a gruesome atrocity without any justification”. “But Saudi Arabia has made clear from the highest levels our abhorrence of this crime, and justice was served in our courts with verdicts handed down against all assailants. We have emerged from this terrible tragedy stronger, with stricter safeguards to make sure such an atrocity never happens again,” she said while adding that Saudi Arabia is confident that its “reforms will prove effective because, quite simply, what happened more than three years ago in Istanbul is not who we are. What occurred is not what we do. And it cannot define the US -Saudi relationship going forward.”

Princess Reema also noted her personal attachment to the United States. “Having grown up in the United States as the daughter of an ambassador and with a personal connection to both of our nations, I see a horizon of unlimited potential in our cooperation. Saudi Arabia stands at the meeting point of three continents — Asia, Europe and Africa — but America is closest to our hearts...And we should tackle today’s biggest challenges — from deadly epidemics and food insecurity to the responsible transition to renewables — with the same zeal with which we once contained communist aggression and threats to global energy production,” she said while reaffirming, “by working together we can build the future we all dream of, a future our youth can be proud of, a future we all deserve.”
#Jamal Khashoggi  #Afghanistan  #Joe Biden
Add Comment