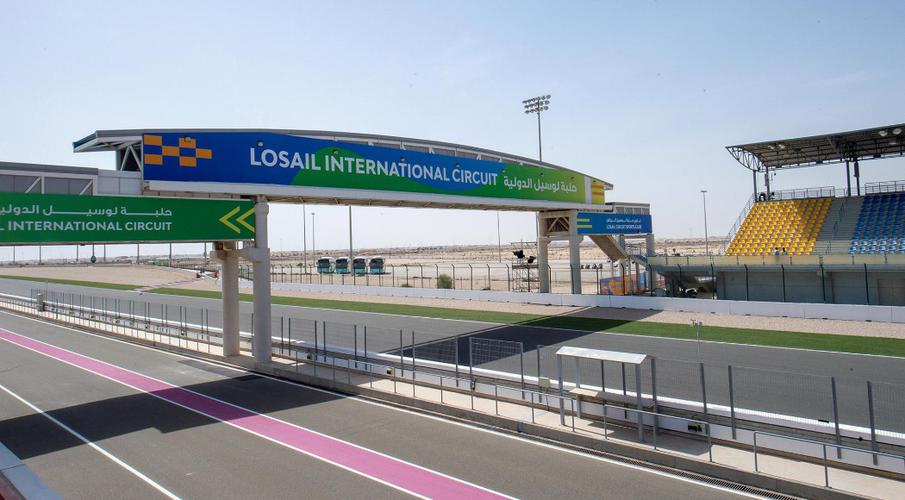 Qatar to make its Formula One race debut in November

Qatar will hold a Formula One grand prix for the first time in November with a 10-year deal then starting from 2023, the Liberty Media-owned sport and local organisers announced on Thursday.

Formula One will race in Qatar for the first time in November with a 10-year deal then following from 2023 once the country has hosted the 2022 soccer World Cup, the sport and local organisers announced on Thursday.

The race, scheduled for Nov. 21 at the floodlit Losail International Circuit outside Doha, will form part of an unprecedented Middle Eastern quartet of grands prix on the 22-race 2021 calendar.

Bahrain hosted the championship opener in March while Saudi Arabia's first race is scheduled for Dec. 5 and Abu Dhabi ends the season on Dec. 12.

The Nov. 21 slot had been left unfilled on a rejigged calendar after the cancellation of the Japanese round at Suzuka, one of several races that dropped off due to the COVID-19 pandemic.

"The step from the gesture to be helpful to F1 in 2021 to a long term strategy was short and simple," said Formula One in a statement.

"The vision for F1 to be the showcase for Qatar after the FIFA World Cup in 2022 was the driving force behind this long term agreement."

Qatar will follow on from Mexico and Brazil as part of a triple-header of races on successive weekends in November.

Losail is best known for hosting the MotoGP season-opener, a night race.

"The Qatar Motor and Motorcycle Federation and Authorities have been incredible and have moved at great speed to ensure the race can take place this season at the Losail Circuit," said Formula One chief executive Stefano Domenicali.

"The huge effort from all the teams, F1 and the FIA has made it possible to deliver a 22-race calendar, something that is very impressive during a challenging year and something we can all be proud of."

The Formula One race will start at 1800 local time and also be floodlit.

There will be no race in 2022 due to the World Cup, which will be held in November and December due to the climate, and the venue to be used after that has yet to be confirmed but it could move to a new track unless changes are made to Losail.

"As part of the longer-term deal, discussions will continue regarding the location for the Grand Prix from 2023 with further details to be provided at a later time," said Formula One.

Abdulrahman Al-Mannai, president of the Qatar Motor and Motorcycle Federation, said the agreement meant Qatar will host Formula One and MotoGP for the next decade.

"We have a proud motorsport history and this is the next chapter for us," he said.

Until this year Formula One had only two regular grand prix venues in the Middle East, with Bahrain's Sakhir circuit the first on the calendar in 2004 and Abu Dhabi's Yas Marina joining in 2009.

BOOST TO THE BALANCE SHEET FOR F1

Qatar's 10-year deal with Formula One announced on Thursday will boost the balance sheet of a sport recovering from the hit of COVID-19 as well as further raising the profile of the Middle East in an increasingly global championship.

Formula One had not raced in the region until Bahrain's Sakhir circuit made its appearance on the calendar in 2004, with Abu Dhabi following in 2009.

Now the number of grand prix venues has doubled, and for the long term.

The deal with Qatar is for a race in November at the Losail circuit outside Doha and then for 10 years from 2023 once the gas-rich country has hosted the 2022 soccer World Cup.

Saudi Arabia, also signed up for at least a decade, will make its debut in December with an eye-catching night race in Jeddah while Qatar gets in first on Nov. 21. Abu Dhabi ends the season on Dec. 12.

Times have changed since 2015 when the sport's former supremo Bernie Ecclestone poured cold water on Qatar's hopes by telling reporters in Bahrain: "I think we’ve got enough (races) here, don’t you?".

Formula One, a European-based sport whose commercial rights have been controlled by U.S.-based Liberty Media since 2017, is keen to stretch the calendar and reach out to a new and younger demographic.

"The region is hugely important to us and with 70% of the population of Saudi being under 30 we are excited about the potential to reach new fans," former F1 chief executive Chase Carey said last year when the Jeddah race was confirmed.

Race hosting fees are also a key element of the sport's business model, along with revenues from television and sponsorship.

RECORD NUMBER, AFRICA ON THE HORISON

Something will have to give in 2023 if it is not to expand further with the sport also saying a return to Africa -- a continent it has not raced in since 1993 -- is a priority.

Bahrain and Abu Dhabi, whose Yas Marina circuit was billed as the most expensive racetrack ever built when it came on the scene, are each estimated to pay in excess of $40 million annually in hosting fees.

Saudi and Qatar could be the most lucrative yet -- good news for a sport whose revenues took an $877 million hit, a 43% drop, last year when the COVID-19 pandemic forced cancellations and races without crowds.

Formula One is keen to distance itself from its fossil fuel-guzzling past, with a push for sustainable fuels and a net zero-carbon footprint target by 2030, but it still follows the money and ties with the major oil producing region run deep.

Saudi state-owned energy giant Saudi Aramco is a global partner of Formula One and Saudi companies have sponsored teams in the past.

Saudi Arabia has the Dakar Rally, Extreme E and Formula E while Qatar has hosted MotoGP since 2004.