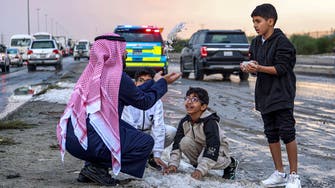 Rare hailstorm hits Kuwait, one of the hottest countries on Earth

Kuwait, one of the hottest countries on Earth, has been hit by a rare hailstorm that delighted children and their parents, with images of the winter white shared widely on social media Wednesday.

“We have not seen so much hail during the winter season in 15 years,” Muhammad Karam, a former director of Kuwait’s meteorological department, told AFP.

Pictures and videos of southern roads partially blanketed in hail and ice spread online to celebrate the rare weather event. 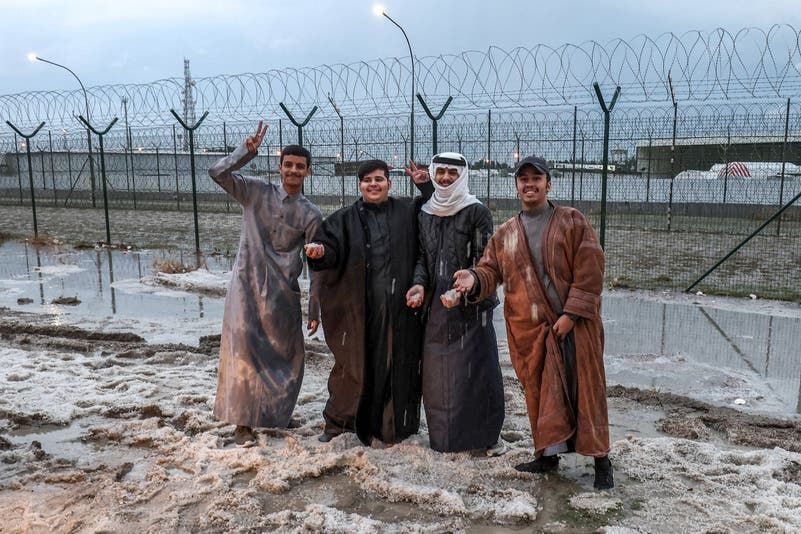 Kuwait’s meteorological department said precipitation since Tuesday had reached up to 63 millimeters but that the weather was clearing up. 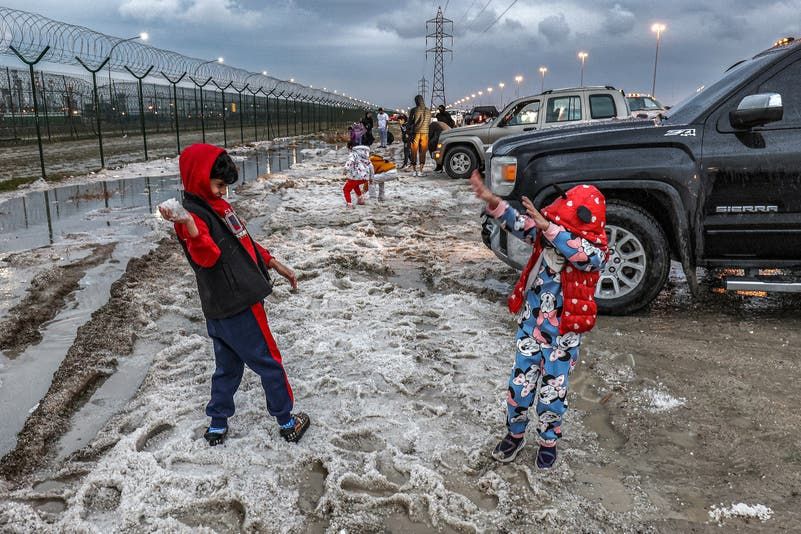 Children toss handfuls of hail particles picked up off the side of a road after a storm in the Umm al-Haiman district, about 55 kilometres south of Kuwait City, on December 27, 2022.

The oil-rich Gulf nation endures blistering summer heat, and scientists predict it could become unlivable in future because of climate change.

Parts of Kuwait could get 4.5 degrees Celsius hotter from 2071 to 2100 compared with the historical average, the Environment Public Authority has warned.