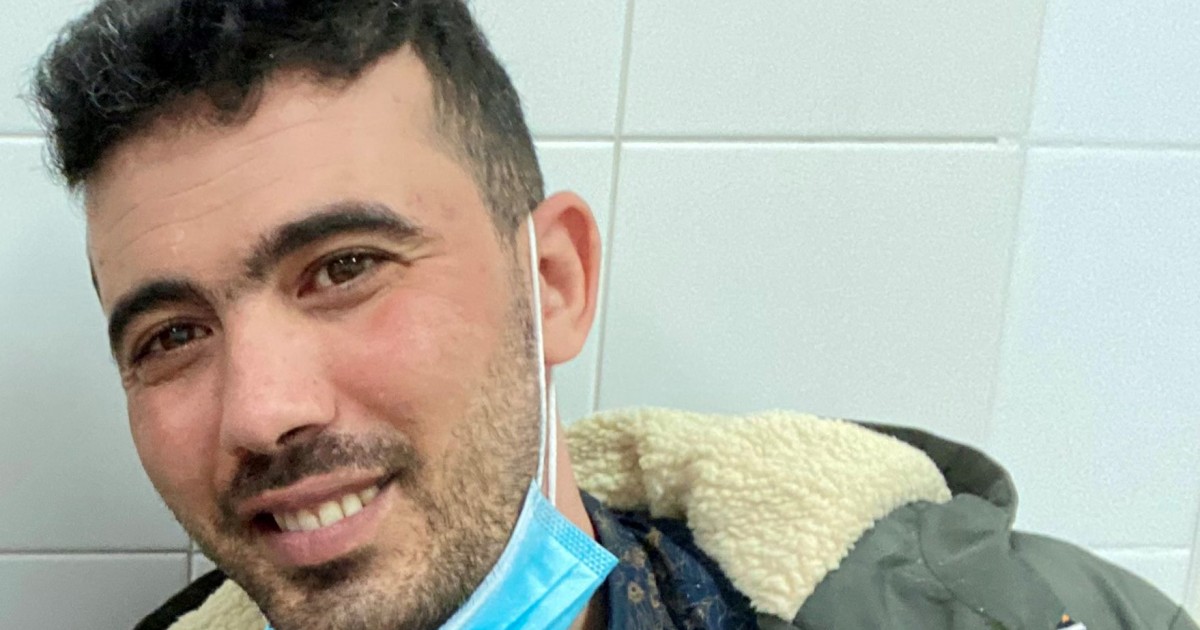 Late last month, Algerian whistleblower and former gendarme Mohamed Benhalima made some bleak predictions for what lay ahead of him.

“If I go back to Algeria, they are going to violate my human rights. Prison and torture await me,” he told the local Spanish media outlet Levante EMV while detained in a foreign internment camp in Valencia, southeastern Spain.

Days after sounding the alarm and raising concerns for his life, Benhalima was suddenly deported by the Spanish authorities.

On the evening of March 24, he was flown back to Algeria, where he was detained upon arrival.

A video of the moment quickly surfaced and spread online, showing Benhalima being escorted off the plane in handcuffs and transferred into a vehicle by members of the Algerian Research and Intervention Brigade.

There has been no official confirmation of his whereabouts, but the former gendarme is believed to be held at the Antar detention centre in Ben Aknoun.

Benhalima became actively engaged with the Algerian opposition in recent years. In 2019, he joined the Hirak movement, a nationwide wave of peaceful protests that demanded widespread political reform and the removal of military intervention in national politics.

His involvement in the protests was motivated by his experience in the Algerian military, which he joined in 2009.

In 2016, he was transferred to the defence ministry, where he “began to discover the truth about the criminals who are in command in Algeria”, as he said in a video he released while detained in Spain.

Benhalima’s participation in the protests was, unsurprisingly, not well received among his superiors in the military. He soon heard that his name was allegedly on a list compiled by Algerian authorities detailing the servicemen involved in the Hirak movement.

Once abroad, Benhalima became a vocal figure of the Algerian opposition and actively engaged in online activism.

He began denouncing and describing corruption he had witnessed in the armed forces through his YouTube, Twitter, and Facebook pages, where he amassed more than 345,000 followers.

As he gained prominence online, he coordinated action with fellow exiled dissidents such as Mohamed Larbi Zitout, one of the figureheads of the anti-government Rachad movement, and fellow ex-gendarme-turned-whistleblower Mohamed Abdellah.

As a result, Benhalima received two separate sentences in absentia in January and March 2021 to a total of 20 years in prison.

The January 2021 court verdict handed him a 10-year prison term for his alleged “participation in a terrorist group”, and the March 2021 court ruling sentenced him to another 10 years in prison for “publishing fake news undermining national unity”, according to an Amnesty International statement.

Accusations of terrorism from the Algerian authorities have long been taken with a pinch of salt, with Amnesty branding them “bogus”.

In the course of his activism, Benhalima was in contact with the opposition group Rachad, which was classed as a “terrorist group” last year by the Algerian government.

“It’s a bit reductionist and unfair [of Spain] to treat everybody who has been engaged with these movements as a threat to national security. Benhalima’s whistleblowing was instrumentalised, controlled and taken advantage of by the Rachad movement. To qualify him as a terrorist goes in line with the official policy and could not be truly representative of the situation here,” Zine Ghebouli, an Algerian political analyst, told Al Jazeera.

A few days after he was taken into custody in Algeria, Benhalima made his final public appearance to date – in a televised broadcast where he confessed to the charges levied against him.

Questions surrounding the confession and its legitimacy quickly surfaced among opposition circles, mainly prompted by the fact that Benhalima himself had predicted this would happen.

In a video recorded just two days before his deportation, he warned that such a confessional video would likely be released, adding that if that happened it would mean he had been “subjected to severe torture at the hands of intelligence services”.

Benhalima’s deportation is a near carbon copy of the case of fellow ex-gendarme-turned-whistleblower Mohamed Abdellah, who was deported from Spain in August 2021. Both cases are shrouded in legal concerns, tenuous allegations and fears of human rights abuses.

On March 14, Benhalima was arrested at a routine police check in Zaragoza where he was told his request for asylum had been rejected on July 13, 2021, something his lawyers claimed he was not aware of as the decision had not been recorded on the official digital registry.

He was then sent to the foreign internment camp in Valencia, to await his deportation. While there, Benhalima reapplied for political asylum on March 18.

At 17:35 on March 24, he was told his second request for asylum had been unsuccessful. Just three minutes later, Benhalima was notified of his expulsion order. At 18:41, his legal team was informed of his imminent deportation, and by 19:45 Benhalima was on a direct flight back to Algeria.

“The ministry [of interior] has acted despotically because it has tried to circumvent the rule of law. Due to the precedent set by Abdellah, we knew that the government was going to act quickly. Not only that, but manoeuvre to make it as difficult as possible to prevent the deportation,” Alejandro Gámez Selma, a lawyer handling the case, told Al Jazeera.

Benhalima’s expulsion order, seen by Al Jazeera, stated that the former gendarme posed “a threat to Spanish security”, though his legal team have discredited the claim due to a lack of evidence.

His arrest and deportation were met with strong criticism from a number of national and international human rights organisations.

The UNHCR even sent a private letter to the Spanish authorities, seen by Al Jazeera, urging them to properly assess Benhalima’s case and ensure it received extensive legal attention and due process. A request that the Spanish government seemingly overlooked.

Amnesty International also denounced the fact that assurances supposedly guaranteed to asylum seekers and those fleeing expected torture were disregarded by Spanish authorities.

“The Spanish government showed its determination to forcibly return someone where their physical and psychological integrity was not guaranteed. In doing so, Spain flouted critical international law obligations that forbid governments to return individuals to a country where they would be in danger of suffering torture,” Amnesty International said in a statement.

Like Abdellah before him, Benhalima was not provided with the customary right of no return or the period of voluntary departure, legal assurances traditionally provided to immigrants that allow them greater protection and viable alternatives.

Gámez Selma said the legal team had “no hope” that the issue would be resolved positively once Benhalima had been detained, and that their main objective was that the case be determined in court.

“It certainly isn’t a usual administrative procedure and it denotes a specific interest in guaranteeing that the procedure be executed before it could be submitted to the control of the judges. The question was whether the police were going to have enough democratic practice to wait for a judge to decide whether or not to proceed with the deportation. But they decided to guarantee their desired result,” the lawyer said.

When asked about the legal concerns surrounding Benhalima’s deportation, a source at the Spanish interior ministry said the authorities acted lawfully.

“The expulsion procedure has been carried out in accordance with the law regarding a person who requested international protection twice and who had it denied in both cases, there is not much else to it,” the source at the ministry told Al Jazeera.

The ministry source did not elaborate on the human rights concerns surrounding Benhalima’s case.

The Algerian authorities did not respond to Al Jazeera’s request for comment.

Questions have also arisen regarding the timing of Benhalima’s deportation, with concerns that it may have been used as a political move in order to improve fraught relations between Spain and Algeria.

Tensions heightened last month after Spain angered Algeria by deciding to back Morocco’s claim to the disputed territory of Western Sahara.

“The extradition of Benhalima occurred five days after this incident, which could signal that the Spanish authorities still want to appease their Algerian counterparts.

“It’s a purely pragmatic choice in a political way. Unless the opposition to these extraditions became extremely present within Spanish politics, I’m not sure that Spain would change its position because there is a geopolitical interest. Relations with Algeria are extremely important to Madrid,” Ghebouli said.