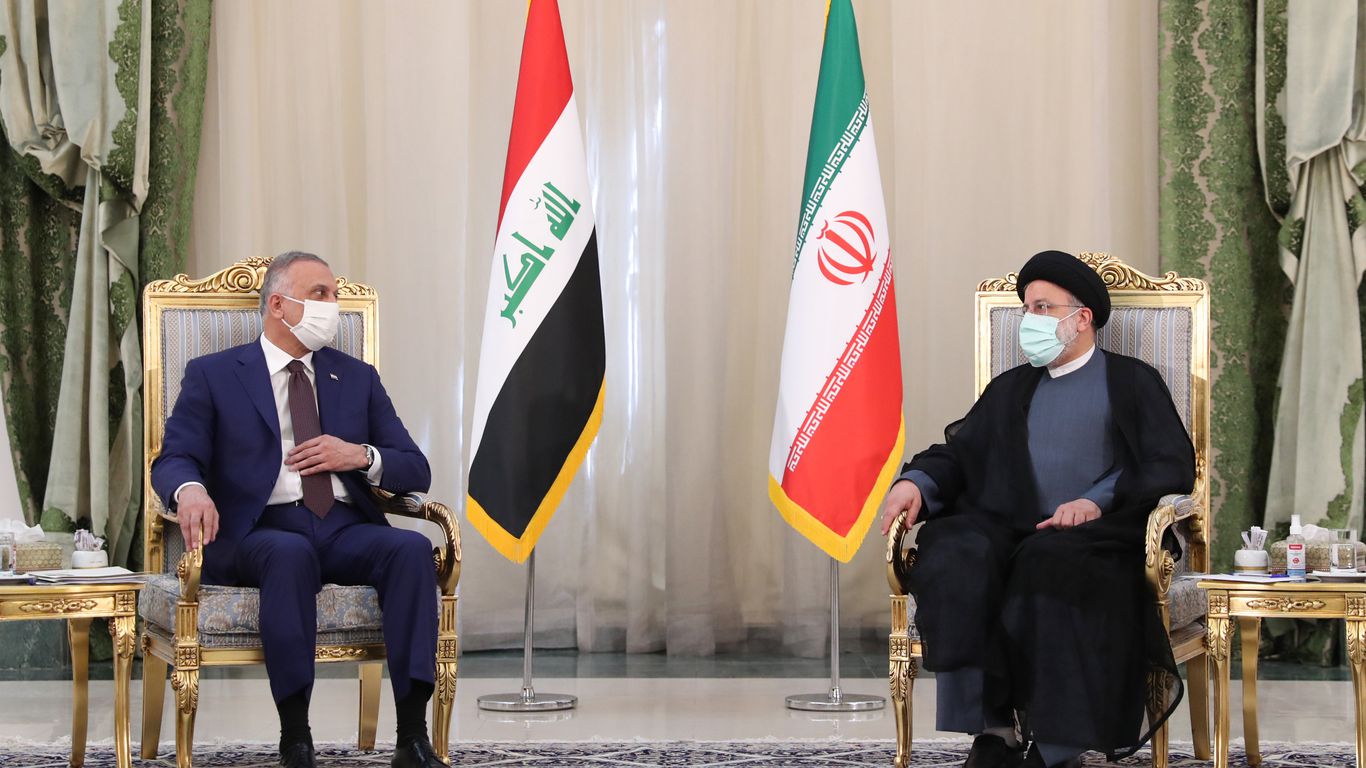 This is the first round of talks under Iran's new president.

Officials from Iran and Saudi Arabia met this week in Baghdad for a fourth round of talks this year, following a months-long hiatus after the election of Iran's new president.

Why it matters: The meetings in Iraq constitute the first serious attempt at dialogue between the two regional rivals following years of tensions and rhetorical venom.

*  Iraqi sources say the agenda is dominated by efforts to repair the bilateral relationship and by regional issues concerning both sides.

*  The relationship deteriorated further following the election of Donald Trump, who openly sided with the Saudi leadership in its long-standing confrontation with Iran.

*  Given the administration's animosity towards Iran, Riyadh not only felt no need to talk to Tehran, but was arguably even disincentivized to do so.

Between the lines: The Iran-Saudi dialogue coincides with President Biden’s arrival into office and his attempt to pivot attention away from the region.

*  That has been interpreted by many observers as a sign that Arab partners of the U.S. will be more prone to engage Iran if Washington isn't unconditionally backing the regional status quo.

How it happened: The Iran-Saudi dialogue is an outcome of Iraqi Prime Minister Mustafa al-Kadhimi’s personal efforts to promote a more integrated region and turn his country into a bridge rather than a battleground for competing foreign powers.

*  Kadhimi hosted a summit in late June with the leaders of Egypt and Jordan, at which the three countries agreed to deepen economic and security ties.

*  In August, Kadhimi gathered a wider array of leaders from key states such as Egypt, Iran, Jordan, Saudi Arabia and the United Arab Emirates.

What’s next: After the event, an Iraqi political source close to Kadhimi revealed to Amwaj.media that the Baghdad Conference was never envisioned as a one-off.

“The participants are mulling the idea of making this an annual gathering — each time in a different capital," the source said.
At a recent follow-up meeting of the Baghdad Conference, held on the sidelines of the UN General Assembly, all sides —including Iran and Saudi Arabia — agreed that the next session will be held in Jordan.

What to watch: Iraq is set to hold parliamentary elections on Oct. 10, and while Kadhimi is not on the ballot, he is seeking domestic, regional and international backing for a second term.

*  The outcome could have bearing on the future of the regional dialogue, given Kadhimi's role in promoting it.