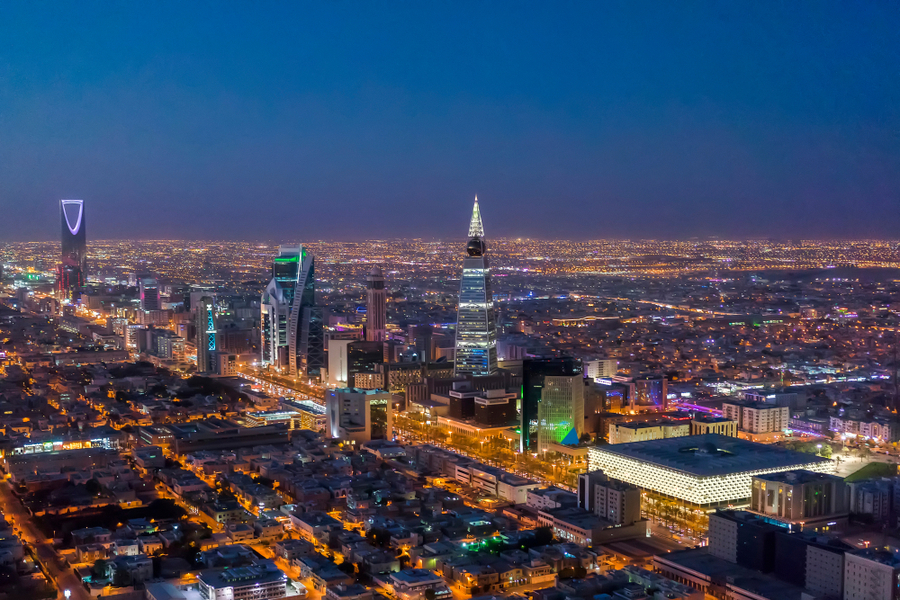 The Saudi capital is a global city, where a third of its residents are non-Saudis, and plans are afoot to transform Riyadh into one of the top-10 city economies of the world by 2030, said Fahd Al-Rasheed.

The chief executive officer of the Royal Commission for Riyadh City highlighted the rapid transformation and ongoing development of the Saudi capital at the Bureau International des Expositions on Tuesday.

This marked the start of Saudi Arabia’s campaign to host the Expo 2030 world fair. Addressing the virtual meeting convened by the BIE organizing body, Al-Rasheed said expanding from a small town of 150,000 inhabitants in 1950, Riyadh has become one of the world’s fastest-growing cities with a gross domestic product of more than $200 billion.

He said the city did not achieve this status because of petrodollars as evident from the fact that Riyadh’s economy represents 50 percent of the Kingdom’s total non-oil GDP.

The Saudi official said the story is not over yet, he added, it is just the beginning. Al-Rasheed then briefed the BIE governing body about the several development projects underway in the Saudi capital, such as a 135,000 km sports boulevard, the massive King Salman Park, which is four times the size of New York’s Central Park and ten times the size of London’s Hyde Park.

He said the city is building one of the world’s largest public transport networks. Al-Rasheed also highlighted the efforts being made to make Riyadh a sustainable and healthy city by increasing greenery in and around the city as part of the Riyadh Green Project.

“The capital is undertaking the world’s largest urban initiative by planting 15 million trees — a tree for every resident.”

He said the project will use treated water for these trees and it will thus help in lowering temperatures, reducing carbon footprint and electricity demand.

The official said the Riyadh of 2030 will be a thriving, inclusive, and sustainable city. It will be a preferred destination for businesses and talent offering world-class education and healthcare services while ensuring the quality of life for all.

Al-Rasheed said steps are also being taken to promote creativity in the city, evident from the Riyadh Art Program, which aims to turn the capital into a gallery without walls with more than 1,000 art pieces that will be installed across the city.

He also highlighted steps taken to preserve the rich heritage of the city. “These units of heritage will become a window into our past.”

He said Saudi Crown Prince Mohammed bin Salman recently launched the Riyadh Sustainability Strategy, which is one of the most ambitious sustainability programs in the world. It commits more than $90 billion with 68 initiatives to ensure a sustainable future for the city and seeks to lower Riyadh’s carbon emissions by 50 percent.

“However, urban transformation is not only about infrastructure and place-making, it is about people as well. Every large institution in the city is undergoing its own transformation. Our universities, schools, hospitals are being transformed as we speak,” Al-Rasheed said.

The top official said the Saudi capital will be more than ready to host the World Expo 2030. “The city itself will be the perfect manifestation of what the World Expo aims to achieve, which is to bring together the world’s best minds, ideas, and solutions.

In his letter to the BIE, declaring the Kingdom’s intention to bid for the Expo 2030, the crown prince stated that the Vision 2030 represents the Kingdom’s ambition for the future…. and creates a sustainable tomorrow for the benefit of future generations.