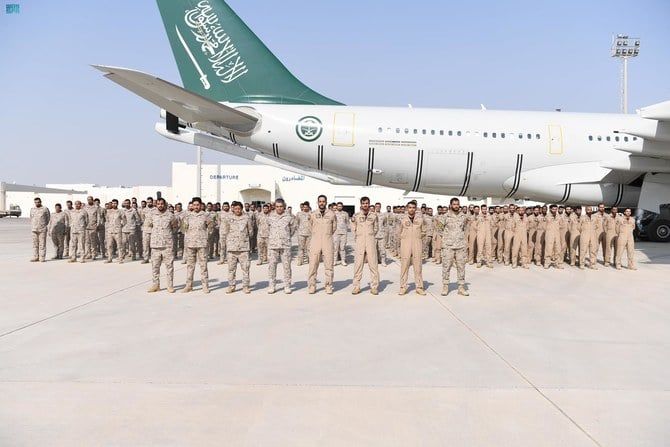 The Royal Saudi Air Force arrived at Al-Dhafra Air Base in the UAE to take part in the Aerial Warfare and Missile Defense Center 2022 drill, which is due to start early next week and run for about a month.

Military units from Saudi Arabia, the UAE, US, UK, Greece, Oman, France, Germany, India and Australia will train in air combat operations as part of the drill.

Commander of the Royal Saudi Air Force group, Pilot Mohammed bin Saeed Al-Ahmari, said that all equipment and participants, including air, technical and support crews, had arrived at Al-Dhafra Air Base.

The group was received by the Assistant Defense Attache at the Saudi Embassy in Abu Dhabi, Brig. Gen. Abdullah bin Mohammed Al-Hussan.

The Royal Saudi Air Force will take part in the drill with the Tornado aircraft system.

Exercises carried out as part of the drill seek to strengthen joint military planning and implementation, and raise the readiness and combat efficiency of supporting air and technical crews.