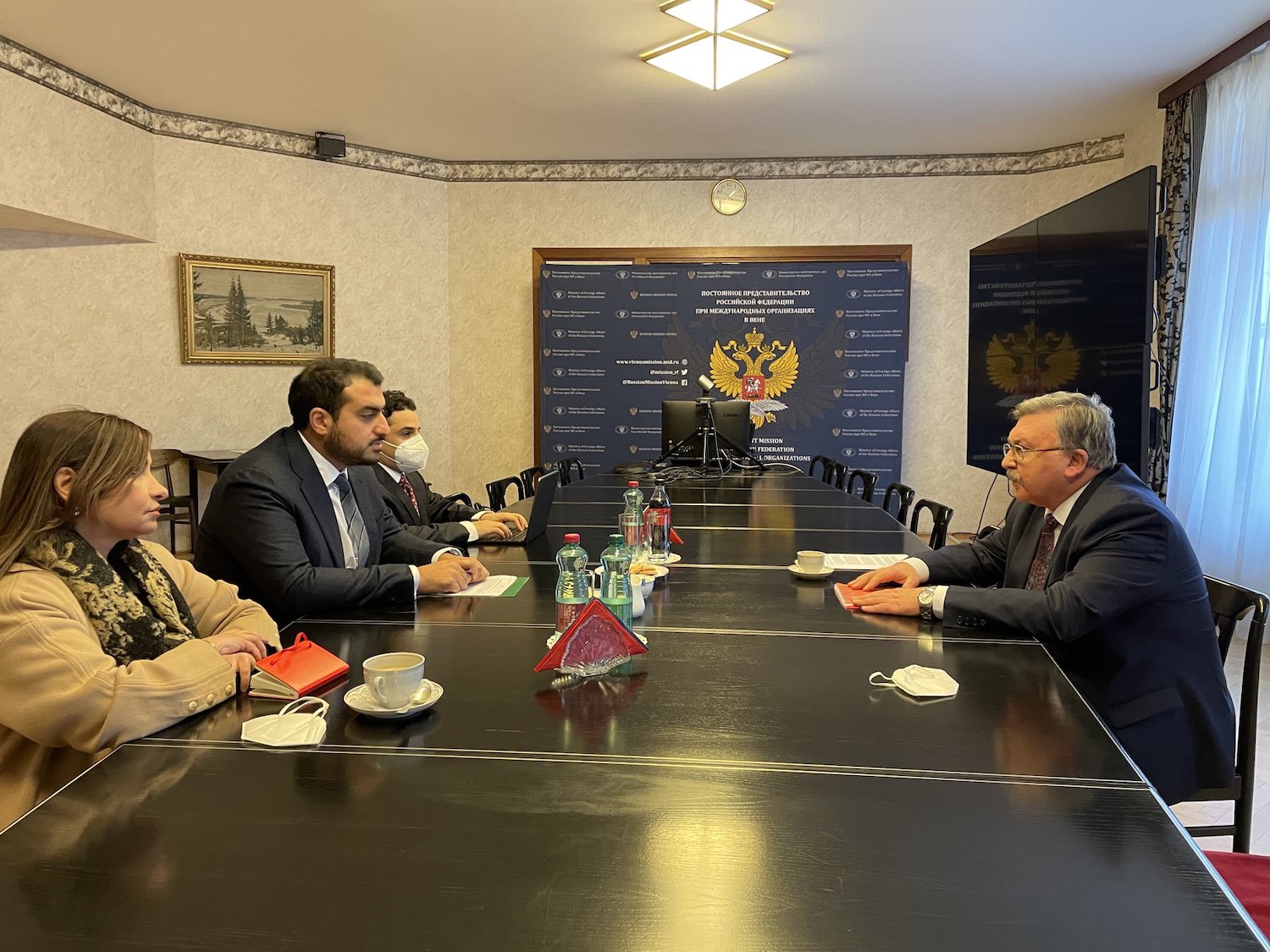 Russia's envoy to talks aimed at reviving the nuclear deal in Vienna met with the Saudi ambassador to Austria on Thursday.
Mikhail Ulyanov said he briefed Prince Abdullah bin Khalid bin Sultan and members of his team on the “situation in the Vienna talks.”

The two officials also “exchanged views on prospects of security dialogue” in the Arabian Gulf.

British Prime Minister Boris Johnson warned Iran on Tuesday that time was running out to salvage the 2015 nuclear accord with major powers.

Meanwhile, State Department spokesman Ned Price has said nuclear deal talks with Iran in Vienna have shown modest progress and that the US hopes to build on that this week.
#Boris Johnson  #Johnson
Add Comment