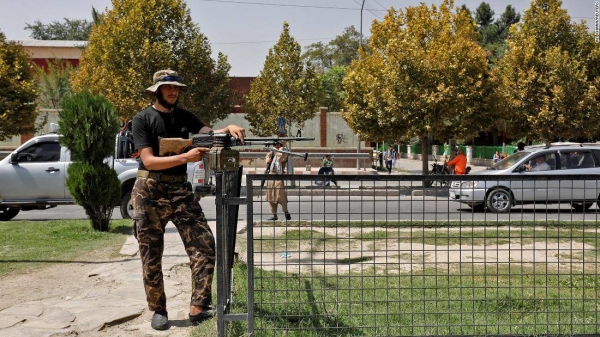 Saudi Arabia has condemned strongly the terrorist attack on Russia’s embassy in Kabul, which resulted in the death and injury of a number of people.
The Saudi Foreign Ministry reaffirmed in a statement on Monday the Kingdom's total rejection of all terrorist acts targeting innocent people and diplomatic missions everywhere.

It reiterated the Kingdom’s support for all international efforts to eliminate terrorism and extremism in all its forms and dry up its sources of financing.

The ministry expressed its sincere condolences to the victims families and to the government and people of Russia, while wishing speedy recovery to all those injured.

Two Russian embassy staff is among at least six people killed in a suicide bombing in the Afghan capital Kabul, Russian and Taliban officials said.

Guards shot the attacker dead as he approached the entrance to the consular section, officials said.

A number of other people are reported to have been wounded. The attack is the first on a foreign mission in Afghanistan since the Taliban swept to power in August 2021.

Russia's news agency (RIA) reported that a diplomat and an embassy security guard had been wounded.
#Afghanistan
Add Comment