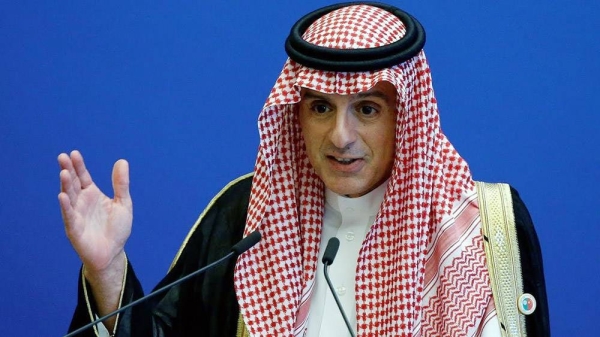 Minister of State for Foreign Affairs, Member of the Council of Ministers, and Climate Envoy Adel Al-Jubeir stressed that Saudi Arabia relies on 17 initiatives on renewable energy to protect the environment.
During the Saudi Green Initiative forum, Al-Jubeir said that Saudi Arabia is able to produce hydrocarbon products effectively, and also to produce several products that could positively affect some of the gases.

The Kingdom is planting many trees that produce hydrogen, Al-Jubeir said, noting that this is the balance until we overcome pollution.

Al-Jubeir noted that Saudi Arabia is not stifling economic growth, but it is trying to make this planet a good place for everyone.

Al-Jubeir confirmed that the Kingdom has generated initiatives with more than $500 million that aims to make the planet a good place to live in.

“As an oil producing country, it is our responsibility to pay attention to climate change to protect the youth, young people and the next generation in future,” he said.

Saudi Arabia has many goals that it is able to achieve to amaze the world in the field of energy, he added.

He pointed out that the Kingdom is considered as one of the biggest aids provider to other countries and is one of most successful countries in combating COVID-19 pandemic.
#COVID-19  #Covid
Add Comment