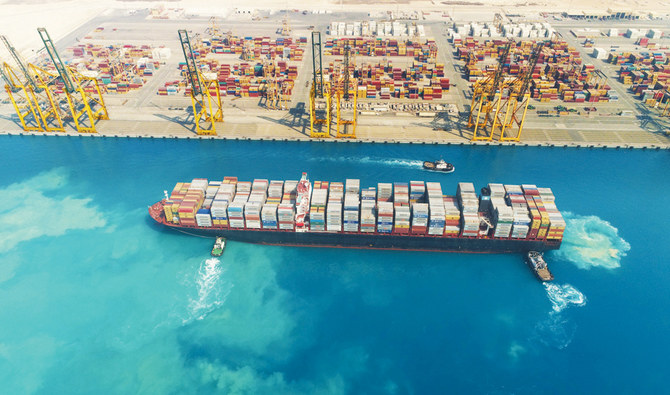 Saudi ports are on top of global indicators with three of them leading the second edition of the Container Port Performance Index 2021.

Strategically located on the Red Sea coast in King Abdullah Economic City, King Abdullah Port is the region’s first port to be fully owned, developed and operated by the private sector.

It enjoys close proximity to the key Saudi cities of Jeddah, Makkah, Madinah and Yanbu.

The CPPI 2021 is an indicator produced by the Transport Global Practice of the World Bank in collaboration with the Maritime, Trade and Supply Chain division of S&P Global Market Intelligence, to serve as a reference point for improvement for key stakeholders in the global economy.

President of the Kingdom's ports authority — Mawani — Omar Hariri said that the Saudi ports’ achievements on the CPPI 2021, which outdone the results of 2020, came as result of Mawani’s efforts of enabling operations, enhancing customers’ experience, and ensuring an effective, reliable commercial and regulatory environment.

The three Saudi ports recorded exceptional scores that indicate ports’ performance efficiency, despite challenges in 2021 that affected the world, according to the CPPI.

King Abdullah Ports rank increased from the 2nd position to the 1st , Jeddah Islamic Port from 55th position to the 8th, and King Abdulaziz Port which jumped to the 14th, surpassing 88 ranks from last year’s report.