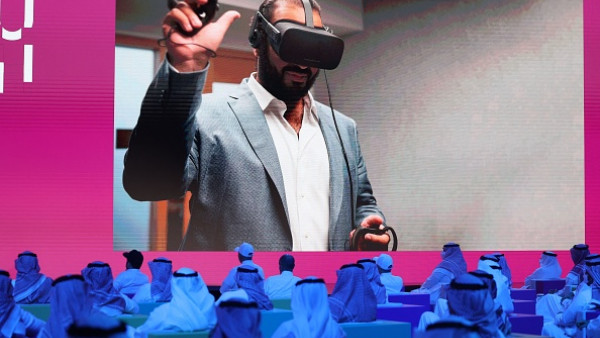 Saudi Arabia's first homegrown smart chip comes as part of the kingdom's ambitious plan to transform the country's economy by 2030.
Saudi Arabia announced on Wednesday the creation of its first homegrown smart chip along with a bundle of other high tech initiatives worth 4 billion Saudi Riyals ($1.07 billion) in the country’s bid to boost innovation and global leadership.

The event called Launch was hosted by the Saudi Federation for Cybersecurity, Programming and Drones (SAFCSP), the Ministry of Communications and Information Technology (MCIT), and the Saudi Data and Artificial Intelligence Authority (SDAIA), who have partnered with major tech giants Google, Amazon, IBM, Cisco, Oracle, Microsoft, Trend Micro and Avance Security.

The smart chips are designed for military, civil and commercial applications and have a processing power 60,000 times higher than what it would need to get to the moon, which already outperforms capabilities from Apple, Google and Amazon.

The Apple Developer Academy also began registrations at the event which will prioritise enhancing the skills of female programmers in Saudi Arabia.

Faisal Al-Khamisi, chairman of the board of directors of the Saudi Federation for Cybersecurity, Programming and Drones, said that by 2030 Saudi Arabia aims to have one programmer out of every 100 citizens.

The country already had been shifting its focus from oil to tech in recent years - in 2017 Saudi Arabia announced the Neom project, a futuristic and fully automated hub in the Tabuk province and will link Jordan and Egypt via Saudi territory which plans to generate 380,000 jobs and contribute $48 billion to the country’s GDP by 2030.
Add Comment