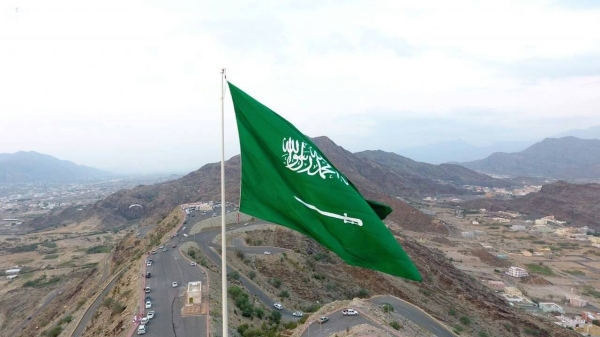 ‘Saudi Arabia stands in solidarity with American people and leadership’

Saudi Arabia stands in solidarity with the American people and its leadership, Fahad Nazer, the Saudi Embassy spokesperson in Washington said on the 20th anniversary of the Sept. 11 terrorist attacks.
Nazer said on his official twitter account: “Saudi Arabia and the United States have worked together for decades on multiple fronts to counter Al Qaida and other terrorist groups.”

“We will continue to fight side by side until the scourge of terrorism is vanquished once and for all,” Nazer added.

“It is important to realize that the terrorists who struck the US on Sept. 11 have also targeted Saudi Arabia’s people, leadership, military personnel and even our holiest religious sites in Makkah and Madinah on multiple occasions,” Nazer told The Associated Press in a separate statement.

Last Wednesday, Saudi Arabia’s embassy in the US welcomed the release of classified documents relating to the terrorist attacks against the United States on Sept. 11, 2001.The Kingdom has always advocated for transparency surrounding the Sept. 11 tragedy.

And as past investigations have revealed, including the 9/11 Commission and the release of the so-called “28 Pages,” no evidence has ever emerged to indicate that the Saudi government or its officials had previous knowledge of the terrorist attack or were in any way involved in its planning or execution.

Saudi Arabia is very proud of its anti-terrorism record, including its efforts to thwart terrorist financing, its comprehensive strategies to counter extremist ideology in both the public domain and online, and the degradation and defeat of terrorist organizations throughout our region.

The Kingdom is an essential counterterrorism partner to the United States. Together, our two countries have countered ISIS in Iraq and Syria, and delivered severe setbacks to Al-Qaeda in the Arabian Peninsula and ISIS in Yemen, among other successes.

The coordinated work of Saudi Arabia and the United States to disrupt and intercept terrorist plots over the last 20 years undoubtedly has saved the lives of thousands of Saudis and Americans, and made the world a safer place.
Add Comment