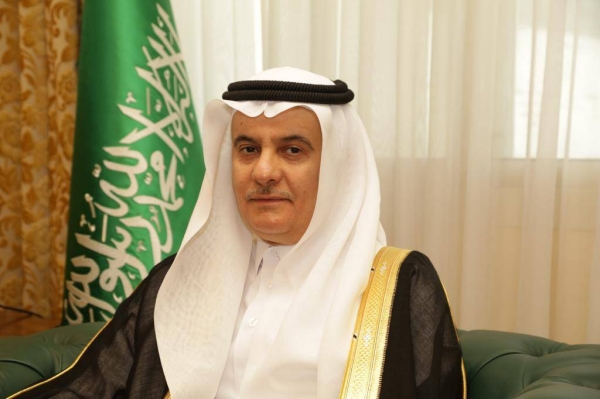 Minister of Environment, Water and Agriculture Eng. Abdulrahman Al-Fadhli said that Saudi Arabia is striving to strengthen the sustainability of natural resources and improving the food consumption systems so as to bring down the food waste by 50 percent by the year 2030.
He made the remarks while attending the UN Food Systems Summit held at the United Nations headquarters in New York on the sidelines of the UN General Assembly on Sept. 23.

The Summit sought to set the stage for global food systems transformation to achieve the Sustainable Development Goals by 2030.

The UN Secretary General Antonio Guterres convened the summit with the aim of maximizing the co-benefits of a food systems approach across the entire 2030 Agenda and meeting the challenges of climate change.

The summit aimed to provide a platform for ambitious new actions, innovative solutions, and plans to transform food systems and leverage these shifts to deliver progress across all of the SDGs.

“The Kingdom’s Vision is based on building a sustainable agricultural sector that contributes to achieving security of food and water as well as social, economic and environmental security. The Kingdom is working on building a responsible agricultural investment strategy abroad,” he said.The minister said that the Kingdom managed to increase the borrowing from the Agricultural Development Fund by more than 400 percent during the year 2020 while comparing with the previous years.

Al-Fadhli said that these steps have contributed to achieving high rates of self-sufficiency for many strategic food commodities in the local markets.

“The Kingdom, through its global, regional and local partnerships, has adopted many systems, technologies and innovations that have raised the operational efficiency and productivity of local agricultural and food systems at the level of both smaller and larger producers and distributors.

“All these are achieved at low costs, with adoption of an easier way of implementation, maintaining high efficiency, and well suited to the climatic conditions in the Kingdom,” he said

He also noted, “This is in addition to launching an ambitious rural development program that had a positive impact on supporting and empowering youth and women in agricultural work.”

He emphasized the keenness of the Saudi government to support the efforts of the United Nations to rebuild global food systems, in order to achieve food security and combat hunger and poverty at national, regional and international levels.
Add Comment